A GOLDEN vision to brighten this doom-ridden month is the Airstream van parked up at Hatch – home to one of four new traders unveiled at street food hub Hatch. An exotic taste of Brazil is also on offer alongside heritage bangers from Bury and, on trend, a veggie/vegan specialist. Any of these should be worth the walk down Oxford Road to the cool complex under the Mancunian Way. 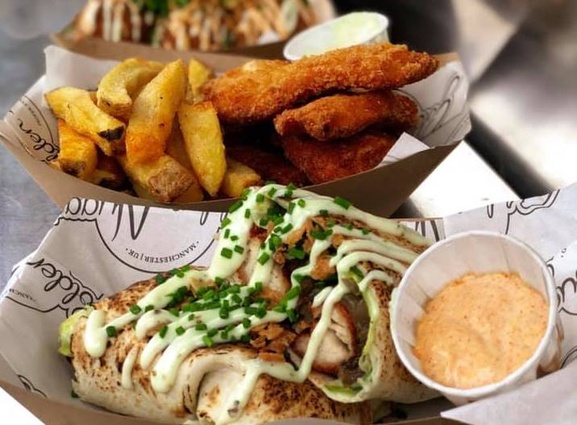 Organic chicken and pork dishes served from that unmissable Airstream. This food truck promises to serve up ‘proper street food’. They use only the best ingredients for their ‘Nugs’, hot wrap and burger menu. Their chicken and pork nuggets come in panko breadcrumbs and are served with vegetable and crushed potatoes, with other specialities including 16 hour slow cooked pulled pork.

KBOM Inspired by the Portuguese words “Que bom” which mean delicious, KBOM merges the vibrant and diverse flavours of Brazil with the more traditional soul food of Portugal. The result is a concept that lives up to the name. It’s all paired with KBOM’s range of Portuguese beers (Sagra and Superbock), wines, liqueurs (Beirao) and of course... a killer Caipirinha. The result is a colourful new food and drink experience exclusive  to Hatch. 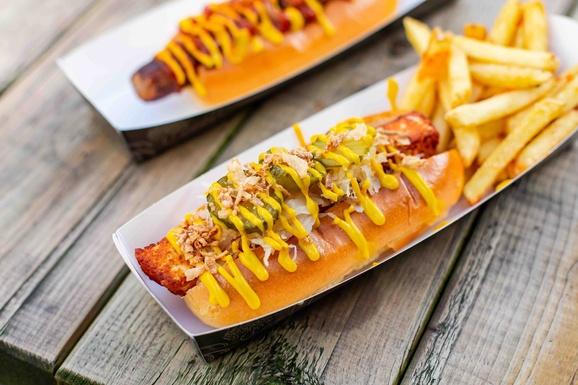 GRANDAD’S SAUSAGES The MFDF Street Food Trader of the Year 2019 finally comes to Hatch! Bury-based sausage Connoisseurs, Grandad’s has been bringing artisan bangers to the people for over 50 years. Run by two brothers, and started by their Grandad, Bernard, the pair use outdoor-reared pork to produce ‘mind blowing gourmet British hotdogs’. 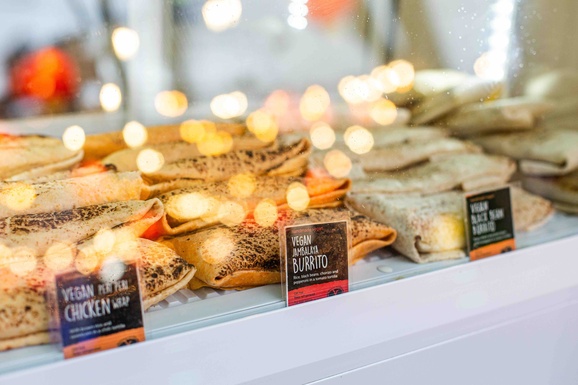 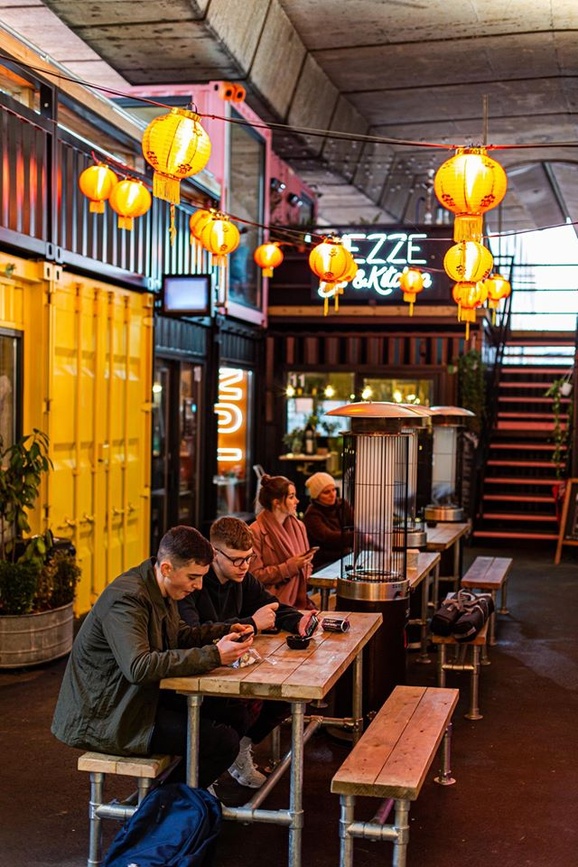