CHORLTON'S The Creameries has just hosted a ‘Low Intervention Wine Fair’. Even a couple of years ago such a commercially-savvy celebration of so-called (it’s hard to pin a definition) 'Natural Wine' would have been unlikely.

Nowadays, it’s all the rage for millennials in the bars and restaurants they frequent and thankfully the suppliers are getting their act together with wines that have genuine appeal, not just eco worthiness.

So what is natural wine? Ones made with minimal intervention as close to nature as possible using wild yeasts and avoiding sulphites, preservatives and filtration. That might result in a certain cloudiness or prickliness but that is compensated for by a rare purity.

The Creameries is placing a greater emphasis on wine as a partner to head chef/founder Mary-Ellen McTague’s acclaimed food, alongside the bakery and cheeses from Courtyard Dairy. Their online wine shop is live. You can now purchase online for collection their bottles, plus their eco-friendly cans and refillable keg wines (French Sauvignon, Cheninand Cotes du Rhone plus a Spanish Tempranillo at the moment). Visit www.thecreameries.co.uk/shop/ to check out the list, plus find out more about their wine clubs and tastings. 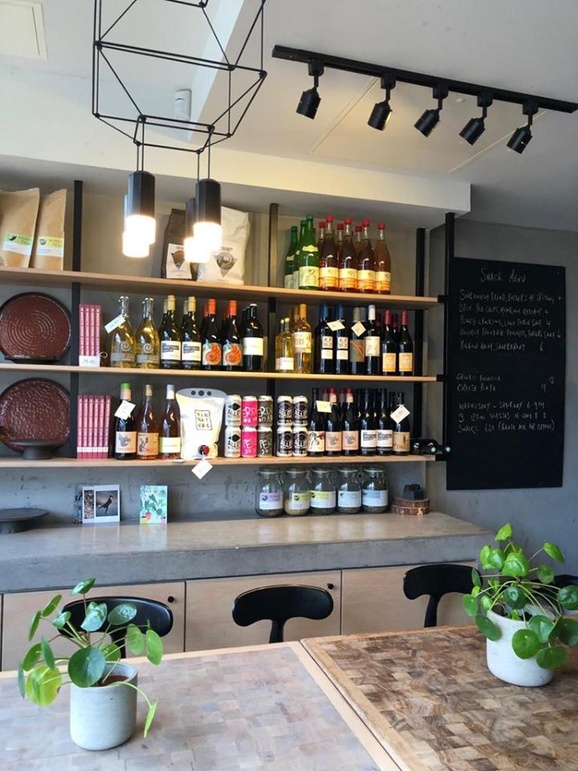 We dropped in on The Creameries recently to road test Mary-Ellen’s new menu in the build-up to Christmas and were rewarded with an exquisite mini-Christmas pud, following the delights of seared, smoked mackerel with pickled beetroot puree and Lyme Park venison with buttered kale, part of a good value £35 five-course supper menu. 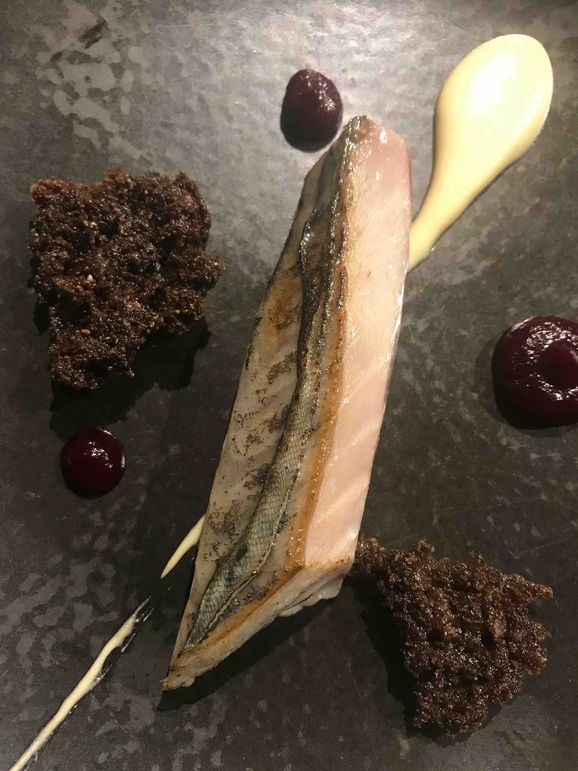 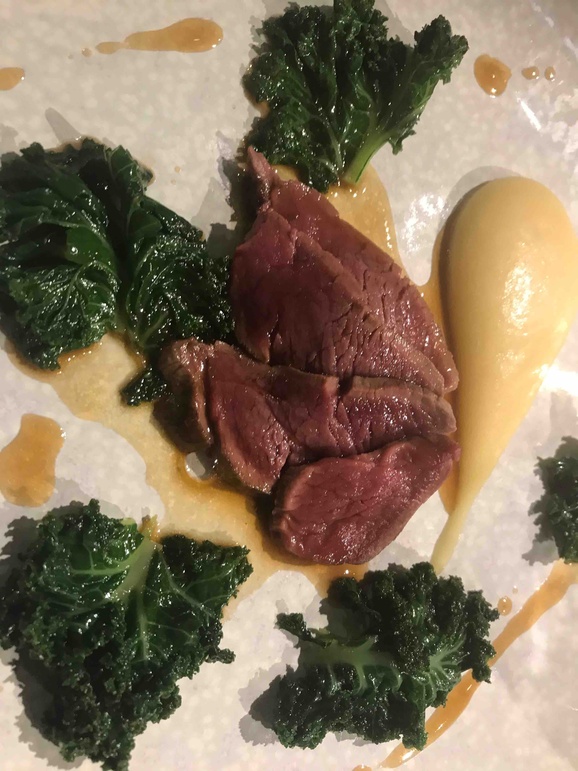 The food was as good as you’d expect, given Mary-Ellen’s pedigree (Fat Duck, Ramsons, Aumbry), but the natural wines almost stole the show, not from the keg range but by the bottle. In particular ToM like the TWR (Te Whare Ra) Kiwi Riesling, elegant and aromatic, that proved there’s more to Marlborough than Sauvignon Blanc, and and Abbotsdale Syrah, all mulberries with a hint of black pepper, from happening Swartland in South Africa. 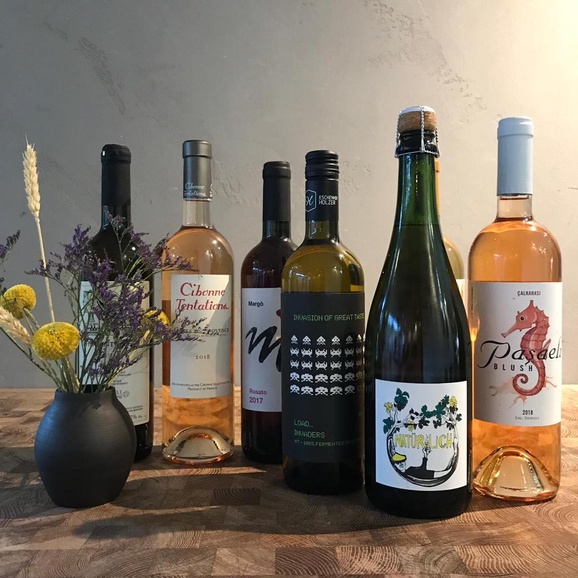 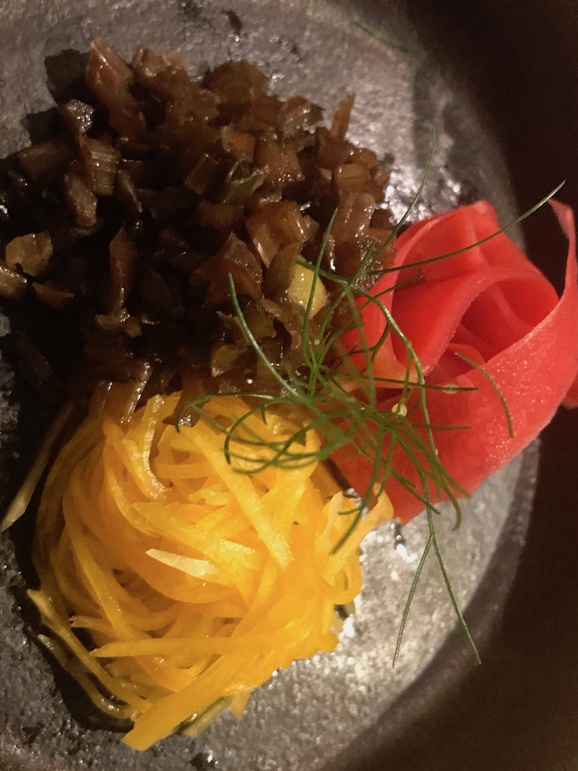 Neither of these wine stood up to the piquancy of The Creameries’ home-made pickles. Why should they? It’s a fact of life on the current indie food scene a chef should be pickling  and fermenting turbidly. Take Erst in Ancoats, where Kim McBride helped founder Will Sutton assemble one of the most interesting wine lists around Manchester. It even styles itself as a ’Natural Wine Bar and Restaurant’and they are genuine pioneers in promoting ‘natural’ as a mainstream wine option with food to match, centred around the robata grill and using mostly organically sourced produce. 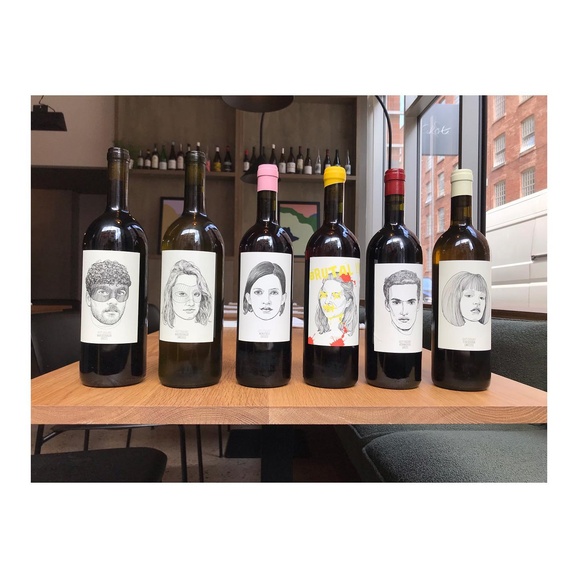 Tucked away on Murray street next to its Trove ‘mothership’ and Mana, it hosts regular sampling with its wine suppliers. ToM attended  fascinating one with Gut Oggau, an Austrian winery that quirkily labels its bottles with images of family members’ faces that approximate to their ages and qualities. It takes the stuffiness out of ‘fine wine’.

Sutton and Co have sought out small, exclusive wine importers, the likes of Otros, Under The Bonnet and Leeds-based Wayward Wines. Expert advice and samples are always on hand if this feels daunting for the first-timer.

Restaurant manager Will Sutton is happy to guide you through the delights, say, of a Slobodne Oranzista Pinot Gris from Slovenia – an ‘orange wine’, ie. a white wine made by leaving the grape skins and seeds in contact with the juice, creating a deep orange-hued finished product. This revelation is available by the glass at £8.50 from a very affordable list which starts at £5 for the house wines from Gaillac in France. These are delightfully fruity and unscarily clear!

Look out for Erst’s new autumn menu. The same attention to detail will have gone into sorting appropriate wine matches that went into sourcing raw materials for the dishes. 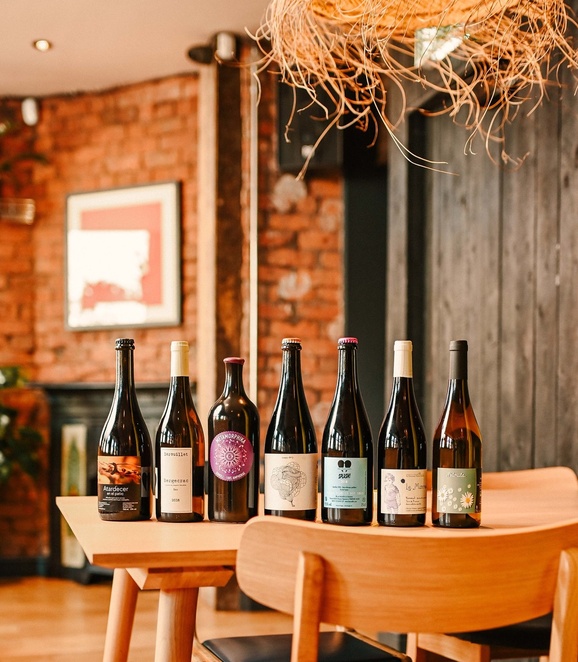 In the Northern Quarter you’ll find an assortment of natural wines on tap and in the bottle at newcomers Wolf At The Door (above) and The Quick Brown Fox. At the latter we recommend the Kanon 2018 St Cyr Beaujolais at £5 a glass. Natural wines are always available at the Nordie craft beer bar in Levenshulme , soon to be joined along Stockport Road by ISCA, wine bar project from Caroline Dubois, groundbreaking sommelier at Stockport’s Where The Light Gets In. Follow @ISCAwines on Twitter to discover its opening dates. 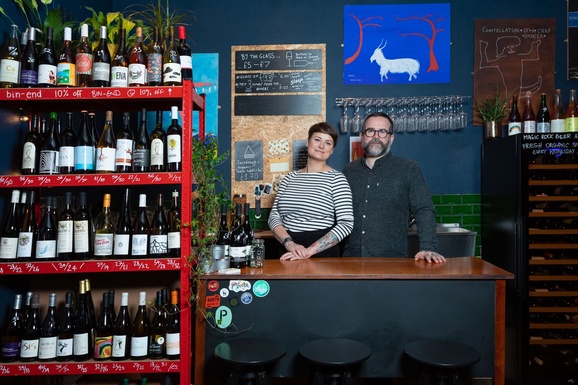 Further afield in the run-up to Christmas Huddersfield’s only dedicated natural wine shop and bar is celebrating its first birthday with a series of events. Kwas is co-owned by a familiar figure from the Manchester bar and music scene, Duncan Sime, once of Common and latterly events manager of Magic Rock brewery over there. He shares a passion for low intervention wine and vegan food with his partner, the artist Ola Dabrowska, who attends to the day to day running (Wed-Sun) of the venture in the town’s Viaduct Street.

The celebrations will kick off with a special supper club collaboration between Kwas and the The Moorcock Inn at Norland (in Confidentials’ Top 100 Restaurants)who will be taking over the kitchen to create an ambitious communal vegan meal. It’s on Monday, December 2 and there are two sittings. More information on all the events, including  tastings, music and discussions, can be found here. Tickets for the Moorcock Inn supper club can be purchased here.

Kwas is just 300 metres from Huddersfield rail station, 30 to 40 minutes by train from Manchester.