IT looks suspiciously like natural wine these two guy are toasting their new project with. Which would fit nicely into what Higher Ground is all about. It’s the first restaurant/bar residency at KAMPUS, Manchester’s new garden neighbourhood, set to open on Friday, February 21.

This might well be the most exciting opening of the year so far, maybe the whole year, and not just because it’s located in an ex-security cabin on stilts, known as ‘The Bungalow’. Developers Capital & Centric and HBD have transformed the site opposite Canal Street into a flexible, creative space.

Higher Ground’s creative duo Joseph Otway and Richard Cossins are promising to bring together North West ingredients, Manchester brewed beer and natural wines in a chilled out setting. The germ of the idea was possibly sown when the pair met while working at Blue Hill in Stone Barns upstate New York extension of chef/agro-guru Dan Barber’s Manhattan restaurant.

Via his visionary book, The Third Plate, Barber offers a radical new approach to how we choose to eat – an integrated system of vegetable, cereal and livestock production that is dictated by what we choose to cook for dinner. Sustainable meat but less of it features strongly. 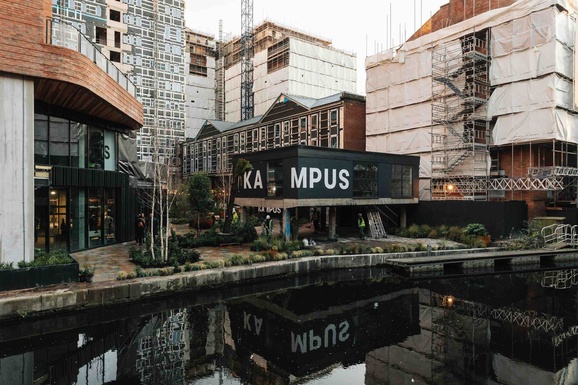 All of which tallies with the ethos of Stockport’s Where The Light Gets In, where Joseph was head chef and Relae, the Copenhagen offshoot of Noma, where he also worked. As in those places at Higher Ground he will create a daily changing menu though there may inevitably be signature dishes. We have our eyes on an oxtail madras pasty – a homage to his late-night visits to Longsight.

There will be beer on tap from a local brewery and the wine list will encourage and enable discovery, highlighting producers who see themselves as farmers just as much as winemakers. Again very WTLGI.

Joseph told us: “We were drawn to the Bungalow from the very beginning, and as we learnt more about KAMPUS and the focus on building a community, we knew it was the perfect fit for us. It’s a great opportunity to move into a casual space and share what excites us. We want to offer something that’s approachable and easy for everyone to enjoy, while also supporting growers and producers we are passionate about.

“We’ll be serving a small selection of beers from just down the road and we’ve put together a carefully chosen list of wines to drink by the glass or bottle. Plates are going to be simple and delicious, nothing complicated, and ideal to share.” 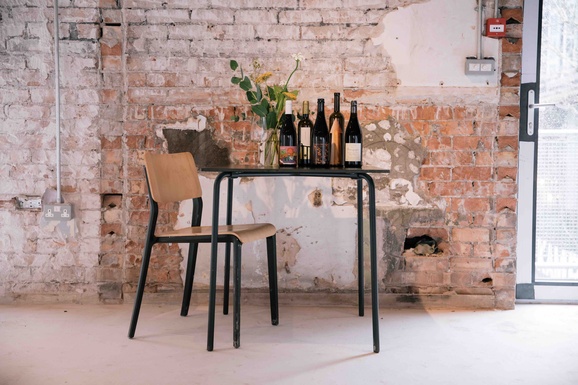 Adam Higgins, co-founder of Capital & Centric said: “There’s nowhere else like the Bungalow in the city and we’ve been dying to get it open to the public. People might have wandered past on Canal Street and wondered what we were doing with the building and we’re made up to reveal what’s happening.

“We always wanted to keep it as a flexible space, to be used for anything from pop-ups to yoga classes or community events. Joseph and Richard really understood the community feeling we’re creating at KAMPUS – understated, inclusive and inspired by Manchester.”

Higher Ground is located in the Bungalow at KAMPUS and accessed via Minshull Street. It opens on Friday February 21 with walk-ins and reservations welcome. Opening hours, Thu 5pm-11pm, Fri and Sat 5pm-12am. Book here.