A HEADLESS super hero and big screen darts under a domed ceiling of quasi-Vatican proportions. All that and a moilee sauced whole rotisserie quail stuffed with black pudding that might well be our stand-out dish of the autumn… 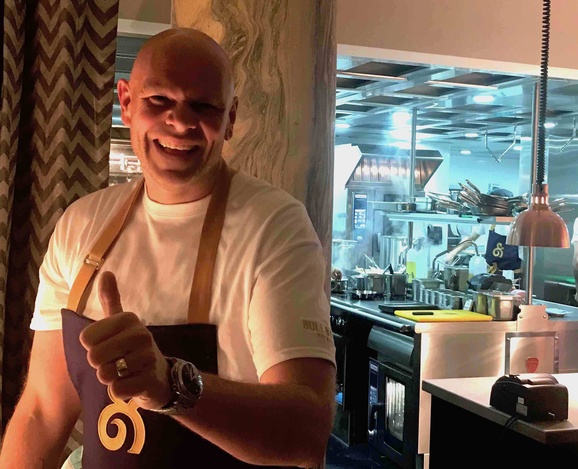 A big Manchester welcome to Tom Kerridge’s Bull & Bear. There’s never been anywhere quite like this in town, the name itself a homage to the stockbroking heritage of the vast former trading floor it occupies. 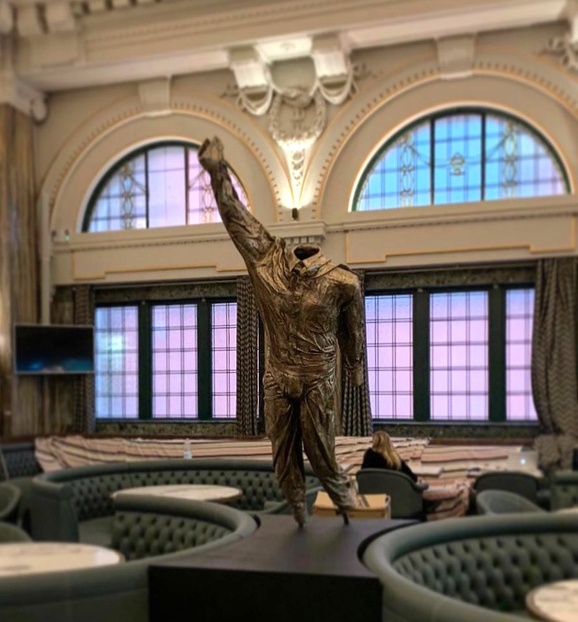 And in case you wonder how that ‘super hero’ fits in? ‘Superdude’ has been cast in brass by Tom’s sculptor wife Beth as a classy centrepiece of a dining room perhaps overly dominated by televised sport of a certain vintage. It will divide opinion, as they say (but at least there’s no sound on). 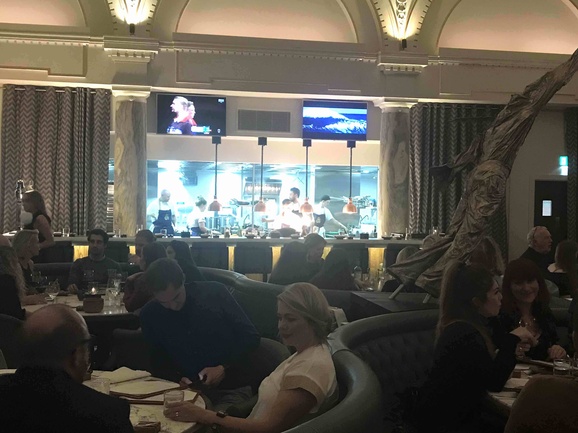 By the time you read this the celeb chef’s restaurant, inside the new Stock Exchange Hotel, will be open to the public (from Friday, November 15). It looks guaranteed to succeed because, like Tom, it has the populist touch. What you see is what you get. 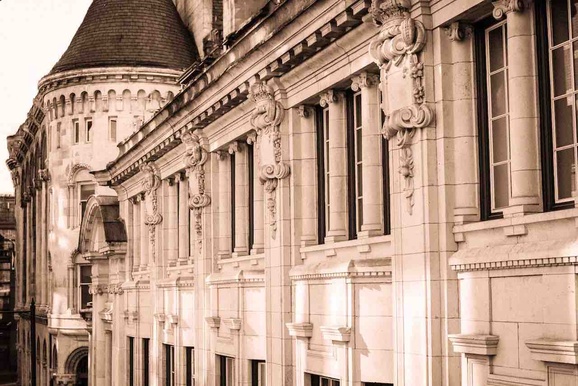 When we arrived for a soft launch dinner the man himself was in the open kitchen marshalling an experienced brigade from his Michelin gastropub mini-empire. A long, long way from the marble lobby. We’re used to mega spaces – The Refuge, CULTUREPLEX, Albert’s Schloss even – but none so obviously comfortable in its own skin once you’ve caught your breath. 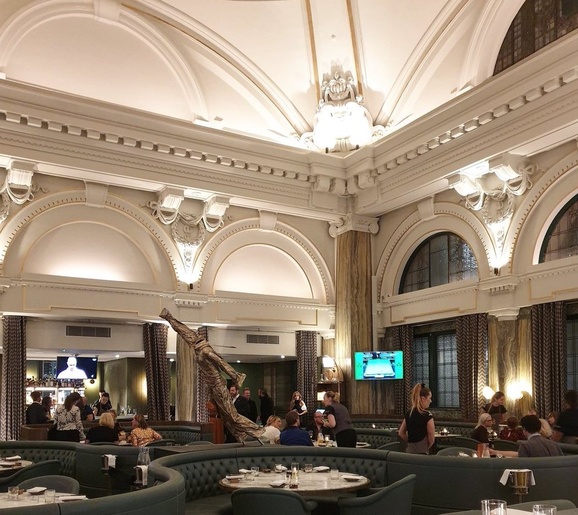 The trading floor kept more of its original Edwardian features than the upper floors. The stained glass in particular is showcased by a refit that is sympathetic rather than reverential. Beneath that dazzlingly lit dome the 87 cover dining room features marble topped tables and curving grey leather booths. The bar at the entrance can feed a further 40 folk of its own snacks menu, but you’d be mad not to head straight for the main menu. 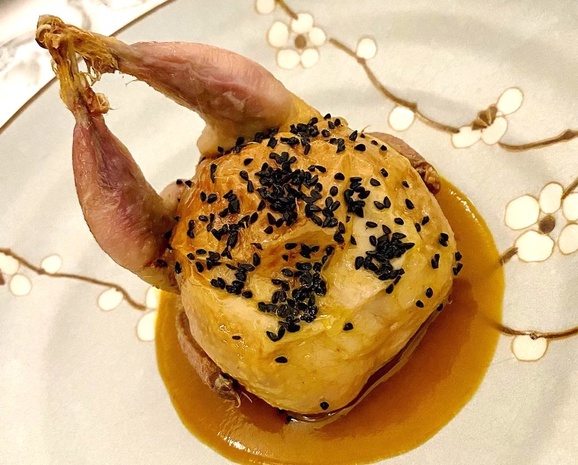 Tom and his exec chef Dan Scott have created a menu that is influenced by The Coach, his one-Michelin starred pub in Marlow. The menu is divided into stages, ‘Hot’, ‘Cold’, ‘Hot “Slightly Bigger”’ dishes and ‘Sweet’, with the team recommending four to five plates per person, allowing diners to experience a wider selection of the menu.

The smaller dishes come in at around £8.50, the larger around £14.50. That life-changing quail was £17.50 while fellow rotisserie special a quarter of a roast chicken with cavolo nero, parsley root and chanterelles is a hefty £24. Maybe stick to chicken done Kiev style, a Kerridge signature dish at £14.50 (below). 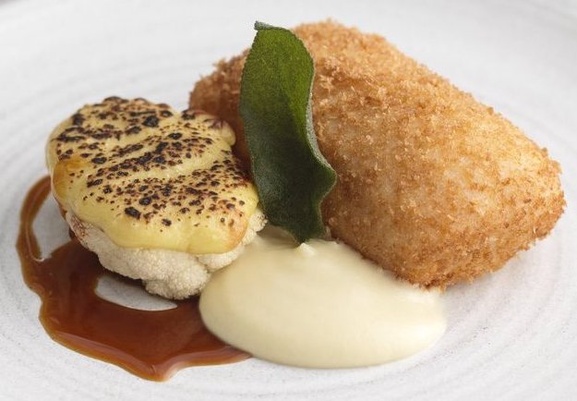 Tom told us: “We’re so excited to finally share The Bull & Bear with the people of Manchester. The space looks amazing and the team is ready to welcome guests and offer them a really special experience with some great food. I’ve always loved Manchester and I’m so chuffed that my first restaurant up north is in this brilliant city.”

We’ve eaten at his main Marlow establishments, the two-star Hand and Flowers and The Coach (a cosy pub that also accommodates sports bar style tellies, only in miniature above the bar) and spotted old pals across the menu. Such as the Claude Bosi risotto (£8.50, made surreally with mushrooms instead of rice). 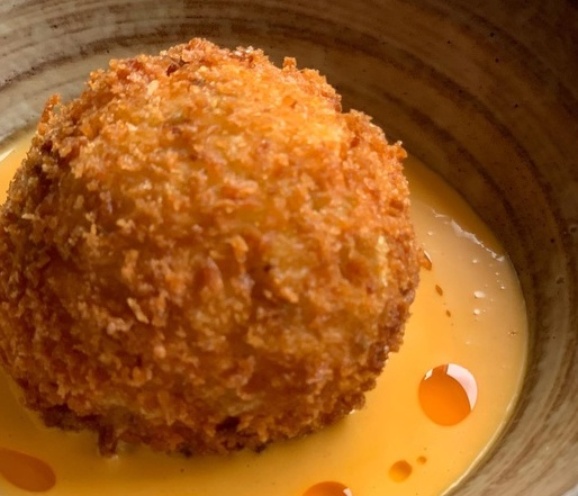 Hard to resist pollock scotch egg with shellfish bisque or a smoked chicken and ham hock terrine with home-made piccalilli – typically classy takes on pub grub. Only venison chilli with toasted rice cream, red wine and chocolate (£13.50) failed to impress, under-spiced and lacking the oomph it had at The Coach. Oomph definitely describes the B&B burger with smoked bacon and dill pickle (£12.50). 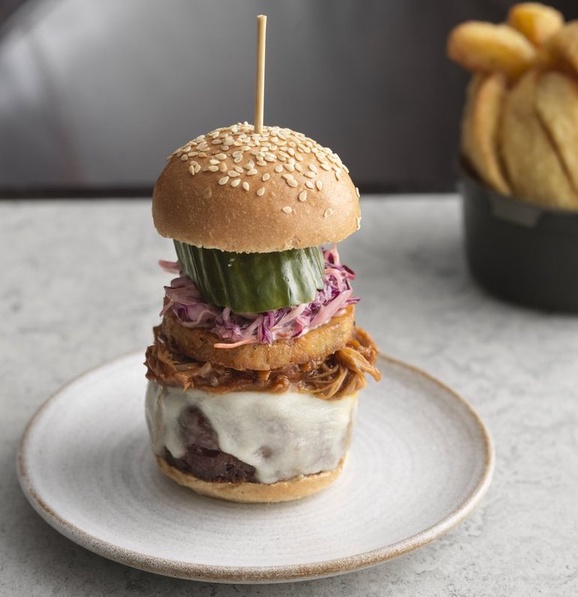 We like the democracy of the Bull & Bear. OK, we drank a glorious Kentish Chardonnay, from the Simpson’s Estate with our dinner but you could easily wash down your burger and Kerridge chips with gherkin ketchup with a pint of Seven Brothers before crashing out upstairs in The House, a 3,500 sq ft residential penthouse (below), which will set you back a mere £1,750 a night. We skipped home to Taste of Manchester Towers. 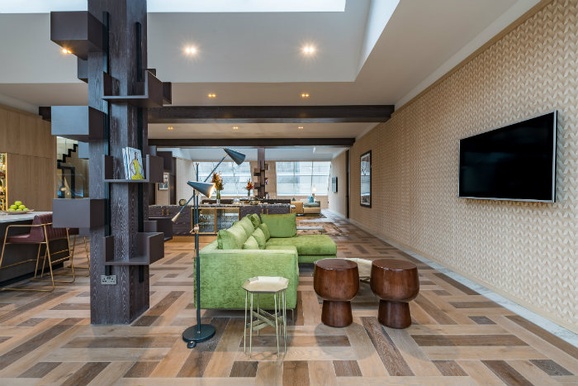