Veganuary: seitan versus chicken and the skewer fire winner is…

THE Quorn is being harvested big time as the fast food chains tap into the plant-based market. It’s the base of both Gregg’s much-hyped Vegan Steak Bake and KFC’s meat-free burger – and they’re just the tip of the Veganburg.

It’s all less save the planet idealism, more commercial common sense. That’s if the research results  into the ToM inbox are true – over 6 million Brits are making it their New Year’s resolution to cut down on meat. Plentiful opportunities to fill the gap (without stooping to the ghastly McDonald’s Vegan Dippers).

You have to be gentle with us as we join the trend. Our plan was to go local to compare kebabs at a new vegan specialist and a traditional Persian cafe – seitan versus chicken. 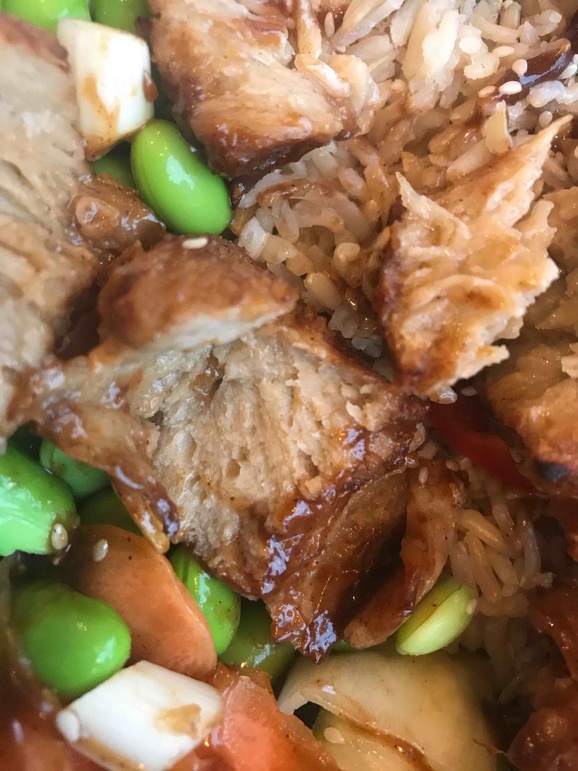 The plan had been to compare similar marinated skewer recipes.

Vertigo reopened in the Royal Exchange Building after New Year with its website still advertising its seitan skewer with rice, Persian slaw, mint and radish salad, yoghurt and walnuts. But now hoi-sin was giving it a Chinese feel and pickled veg and edamame shifted it Far Eastwards (£6.50). Seitan, that wheat gluten aping meat texture has never impressed in dirty vegan joints like V-Rev, but here it took on the flavours well. 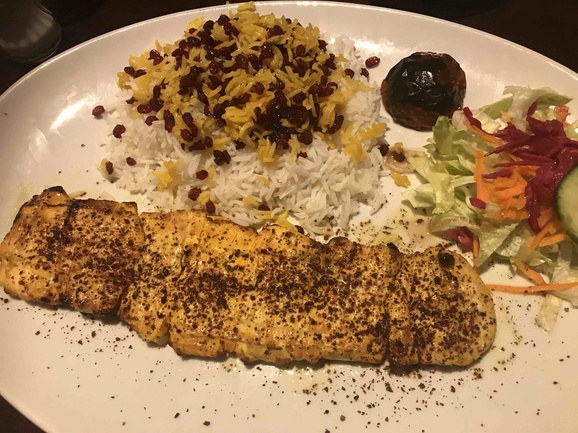 Joojeh is another marinated skewer – chicken (the real thing) in saffron, lemon and onions (£9). At the classic Perisan cafe Alborz it came with one of those vast hooked taftoon breads (just £1) and for a couple of quid more, a classic Persian rice dish, zeresk polo, dotted with barberries, sweet, sour and slightly strange. The texture of the skewer was better. No contest as a kebab really. Glorious. Watch this space throughout Veganuary s we seek out plant-based winners. 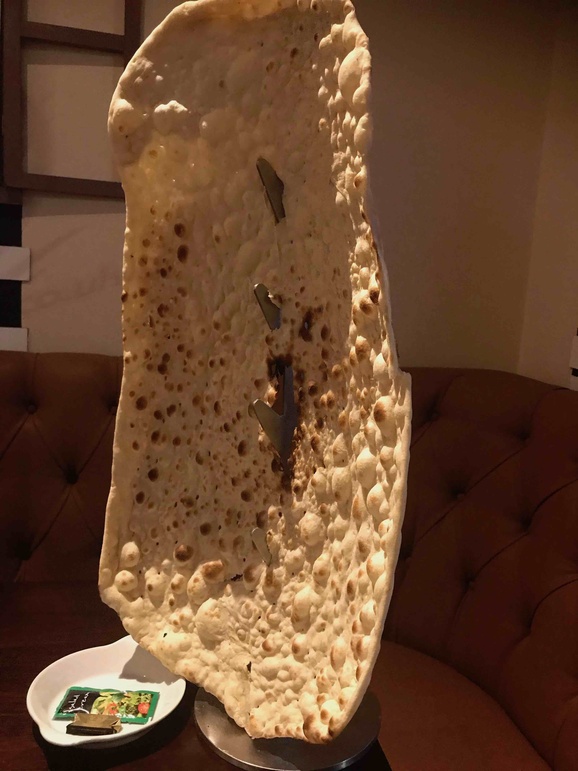