MICHELIN-trained Mike Jennings has been announced as the new exec head chef at Manchester’s 20 Stories restaurant. By doing so he steps out of the shadow of Simon Wood, with whom he formed a formidable duo at Simon’s eponymous restaurant.

It’s quite a challenge. The glamorous restaurant up among the clouds almost above Spinningfields has had a certain identity crisis ever since its launch three years ago with high profile Aiden Byrne heading up the kitchens. He lasted less than a year.

So now owners D&D London are allowing Mike to design a new menu with dishes such as Grilled Mackerel and Beetroot Salad, Whole Dover Sole with Brown Shrimp Butter and Burnt Lemon, Yellow Fin Tartare with Wasabi, Avocado and Bloody Mary, along with a take on the classic Coquilles St. Jacques.

These are the product of a pretty impressive roll call of places he has worked in over two decades, kicking off at The Green Dragon, Lymm before working at Bohemia, in Saint-Hélier, Jersey, where he was part of the team that achieved a Michelin star. 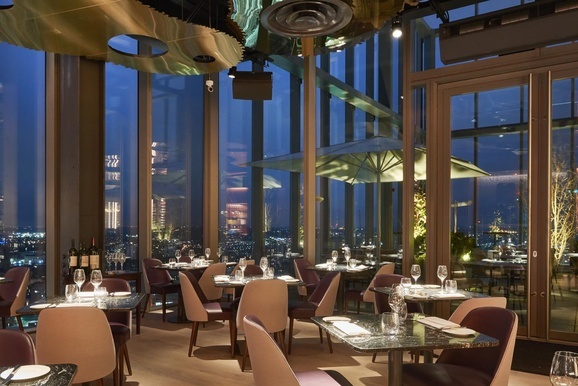 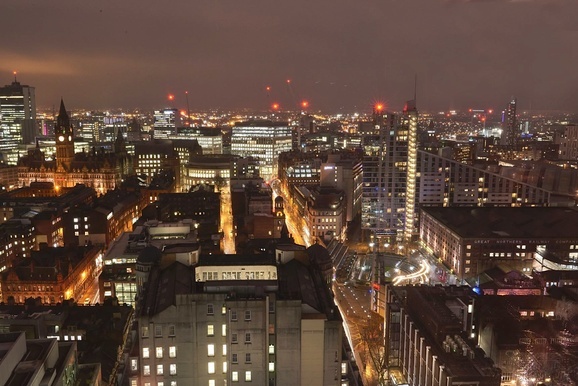 He then went on to join the team at fellow Michelin establishment Northcote alongside Nigel Haworth followed by spending time working with the late, great Gary Rhodes.

Walkden’s Grenache is where Mike’s career flourished, his role as chef/patron earning him a Michelin recommendation within his first year; two AA Rosettes on his first inspection; and a nomination for the Good Food Guide’s Best Restaurant.

There was always a problem of location, location there and it eventually closed. Since then he has notably worked with MasterChef champion Simon Wood at his debut restaurant, WOOD Manchester with Mike focusing on business expansion and supporting the wider group.

He’s excited by his new role: “20 Stories is arguably the best location in Manchester and to have the opportunity to produce my food in that setting was an offer I couldn’t turn down. I am extremely proud to be part of the D&D family and am looking forward to delivering high quality, premium produce with bold flavours in a beautiful restaurant setting.

A view like this deserves quality dining experience. Not only am I excited to develop the restaurant’s menus, but come the summer months, we will see a new BBQ menu to enjoy on the terrace overlooking the city.”