FROM the outside the Ducie Street Warehouse looks a mighty fortress. If new build Hotel Dakota is sleek and dark, outside and in the new home of Cultureplex/Bistrotheque is a more deceptive beast. Step inside the venerable brick hulk and it turns into a shimmering object of desire. Not since The Refuge was rescued from drabness has the city welcomed such an amazing space. And it’s all the work of two exiled Northerners David Waddington (right) and Pablo Flack (Settle and Huddersfield respectively but with much past experience of the Manchester cub scene. 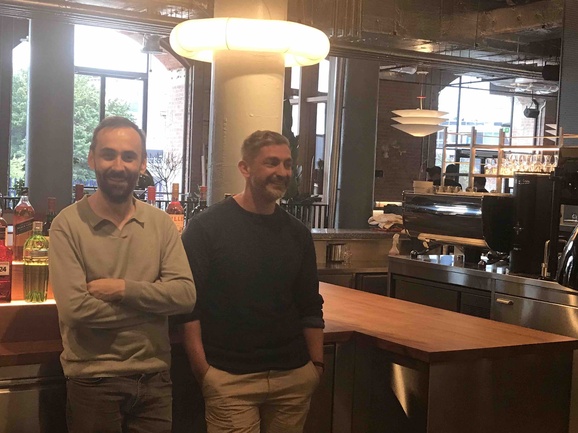 Their original Bistrotheque was a pioneering bar restaurant in London’s East End 16 years ago and still remains a fine comfort food and laidback fun kind of place. Their first venture outside the capital is an altogether more ambitious project. Cultureplex = Culture Complex.

We’d been briefed on the raft of components bolted on to a Manchester incarnation of Bistrotheque that would make up the transformed former cotton depot in the lee of Piccadilly Station. None of which prepared us for what we found during a sneak peek ahead of its soft launch from September 3. It officially opens on September 12. We are still rubbing our eyes at what a brought-in New York designer has created in what was latterly the Place aparthotel. 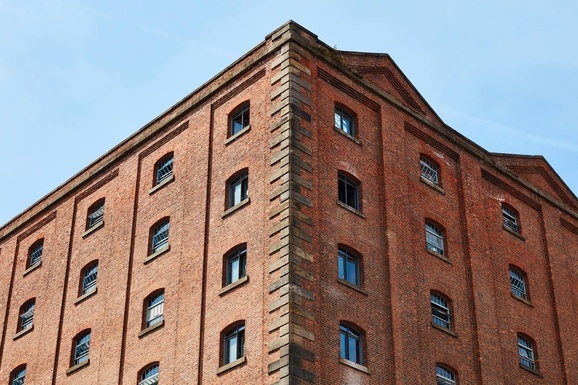 The hotel aspect will remain across the bulk of the Grade II listed building, albeit given a mega-chic makeover by London-based Native group and offering 166 new rooms and suites (gaze up from the lobby’s glass ceiling and you’ll see the accommodation floors soar). 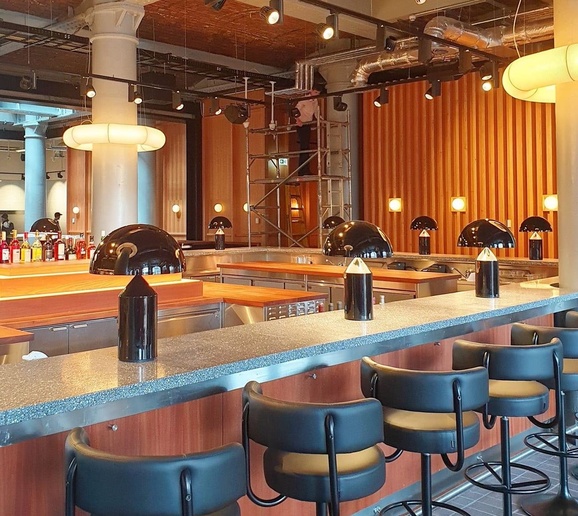 But it is the vast flexible ground floor called Cultureplex that demands our immediate attention. Enter The Lounge past the steely coffee counter called Klatch and your eye is driven to halo-like tubular light fittings softening the industrial pillars. Leather upholstery, fawn, then blue, and and stylish light wood tables matching the walls fill the foreground; in the middle distance spotlit spirit bottles form an altarpiece to worship at the central bar; at the far end light pours in from huge windows. 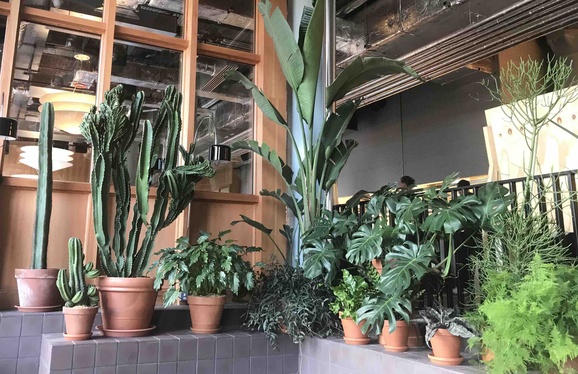 Here an indoor terrace is strewn with cacti and other exotic plants as a kind of ante-room to the main canalside open air space to come.

To the right is the Bistrotheque restaurant itself. Low-slung booths with grey banquette seating, 80 covers, food similar to that at the pioneering Bistrotheque in East London but, according to David, offering some dishes especially for Manchester. The menu created by Bistrotheque exec chef Blaine Duffy to be unveiled soon. 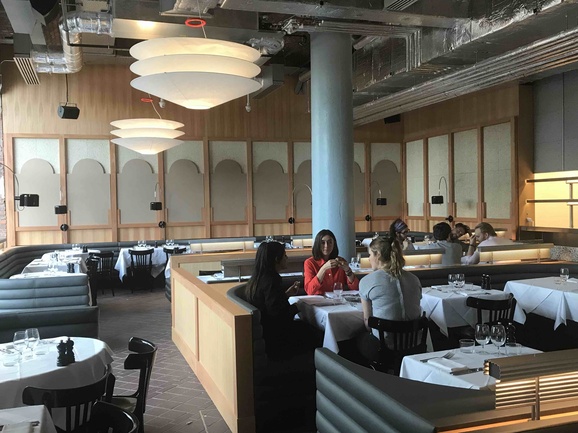 As with Hawksmoor and Dishoom, this is a London arriviste settling into Manchester rather than colonising. Ancoats Coffee have been enlisted for their experience in beans and machinery; Marble Beers are being stocked by fan, manager Connor Sheehan.

Local creatives are equally welcome. At a time when hotel lobbies increasingly reinvent themselves as cool places to hang out, Cultureplex is taking it to a new level – certainly for Manchester. Historically the Bethnal Green Bistrotheque the restaurant has been as much about Negronis and cabaret as it was for smashing avocados for brunch. Music too. Arrive on a Sunday and you’d find a former member of Placebo tinkling the ivories. 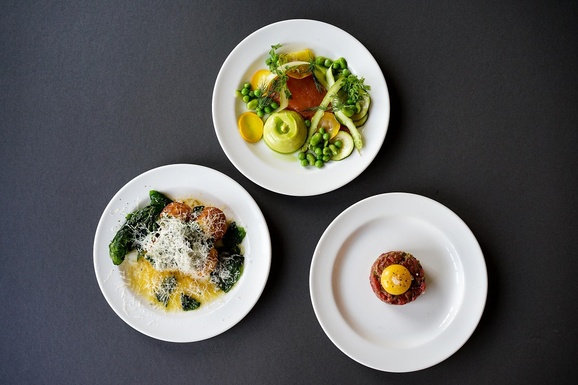 Whether either owner always dreamt of his own cinema there we don’t know, but turn another corner in the Cultureplex labyrinth of delights and you’ll find a mini-movie house with a hi-spec screen, 38 reclining seats (each with a cocktail holder) and a pledge to show two films a night, three at the weekends. 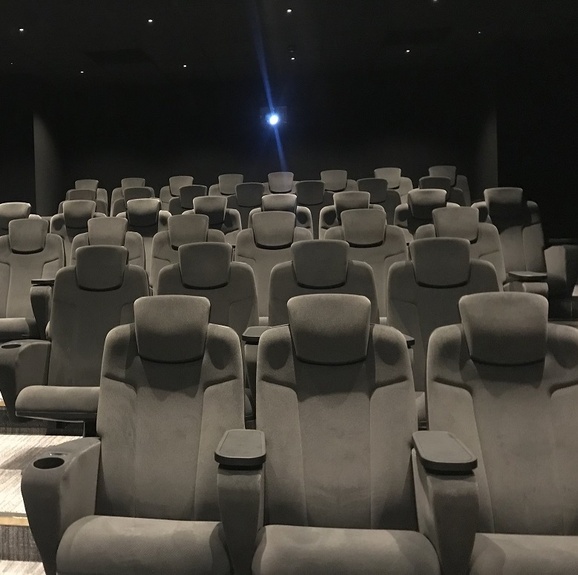 The schedule will be arranged by HOME, no less, just part a plethora of creative tie-ins across the events spaces come the autumn. ToM doesn’t expect to make use of in-house boutique gym BLOK (also from East London but a separate if allied operation, like Native) but, sinking into the uber-comfy Lounge upholstery, we’ve already put bar manager Will Flower's signature Negroni to the test. It passed. Welcome to Manchester, Bistro Boys. 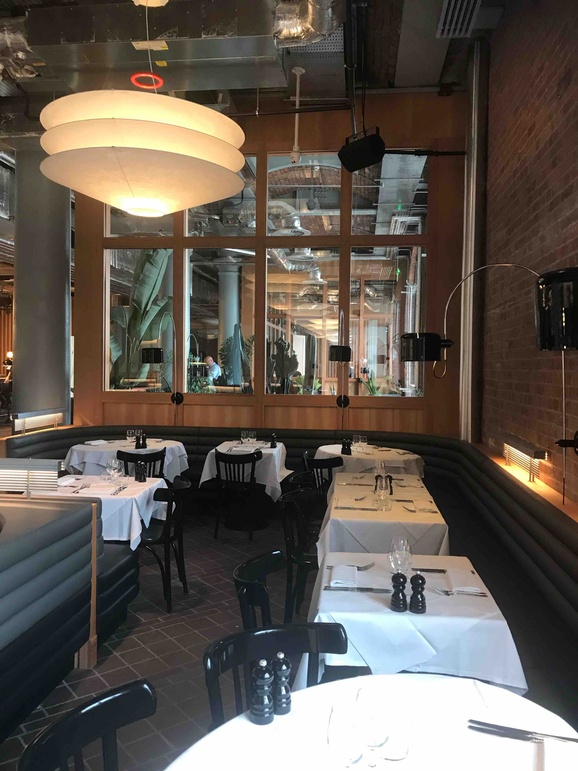 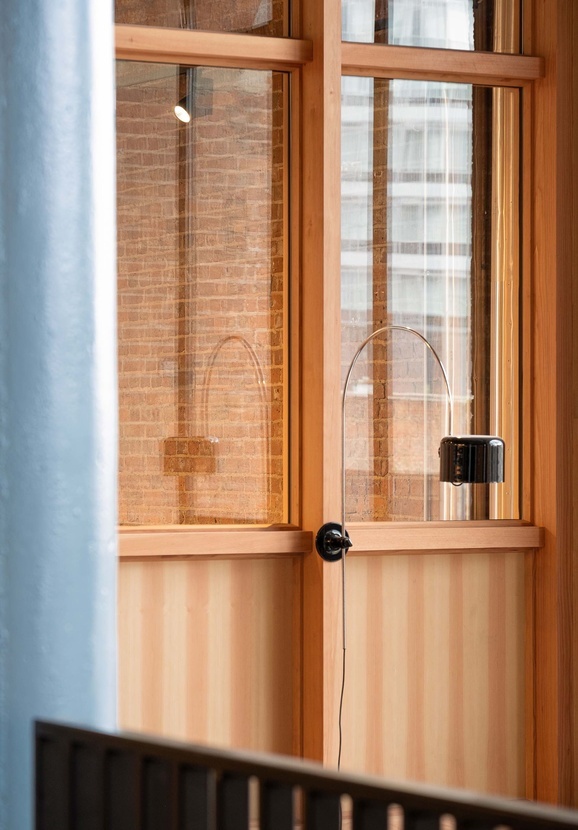