Aiden Byrne on why he had to shut restaurant MCR, 2020's first casualty

FIRST the bad news. Restaurant MCR has shut, a high profile closure sending shockwaves through Manchester’s food and drink industry. The good news? High profile chef proprietor Aiden Byrne aims to be up and running in a new site nearby this summer.

He toldToM: “We have found an older, characterful building, quite different to the Tower 12 office block and should be up and running by July or August. It all feels a bit emotional at the moment but  big decision had to be made.

“We have been running on a rolling two month lease since we reopened (in December 2018). It was always precarious, not knowing when we might be given notice. It always felt lined up to become office space.”

“Eventually it just wasn’t viable for us to risk making the big investments we wanted, such as smartening up the look of the place and reopening the bar that was such a feature of Manchester House.” 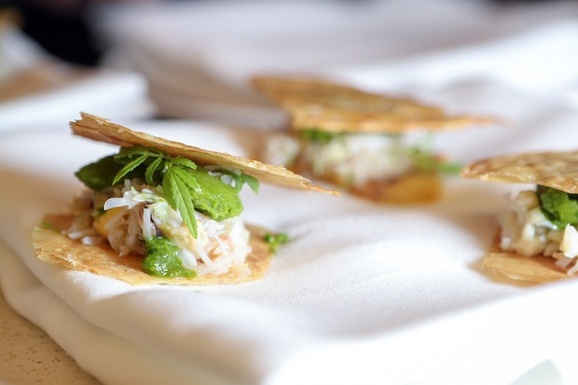 That Spinningfields restaurant was created by Living Ventures’ Tim Bacon back in 2013 as a vehicle for Aiden, whose cv included being the youngest UK chef to hold a Michelin star.

It shut in October 2018 after going into administration. Aiden had already departed to launch the kitchen at new Spinningfields rival 20 Stories, but he jumped at the chance to reopen the mothballed Manchester House as Restaurant MCR – initially with new backers.

It was a critical success with its tasting menu emphasis. At the 2019 Manchester Food and Drink Awards it was shortlisted in the Fine Dining Restaurant category  and Aiden for Chef of the Year. 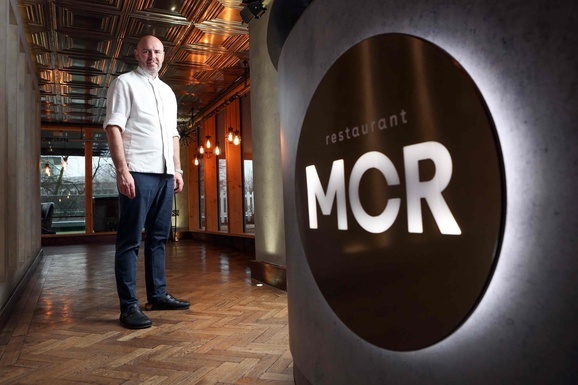 His determination to shun corporate masters for the next venture is obvious: “At the new independent restaurant, which we haven’t got a name for yet but it might incorporate the name of the building, much will be different. We’ll still be doing our own charcuterie, stuff you’d recognise, but there’ll be two separate dining spaces with their own kitchens. One will certainly focus on small plate dining. Less formal, more casual.

“The plan is to reassemble many of the current staff, who we’ve had to pay off. There won’t be much of a gap; we’ll have a couple of months’ menu development before opening. The restaurant is just four minutes walk away from where we’ve been.”

We caught up with him tweaking the menu at Church Green, the excellent gastropub near Lymm he runs with his wife, Sarah. We are intrigued about his next big step.