Black pudding on a burger? Honestly, it works and the beer's tasty too

SOMETIMES fate smiles on a venture. Opening a rooftop bar in Manchester is usually an invitation for the heavens to open. Runaway’s pop-up taproom atop the new Honest Burgers in Manchester House launched in a  mini heatwave with a whole bumper Bank Holiday Weekend ahead.

The initial deal is for a six week stay but the omens are that the Dantzic Street brewers will be around a lot longer, offering a rotating quartet of their own keg beers  plus a bottle selection. 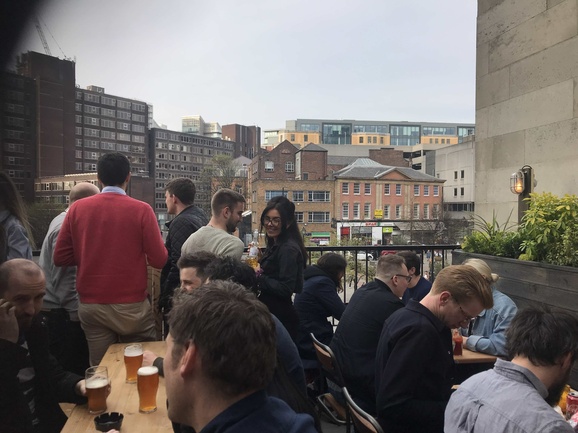 Yes, up on the top floor you can order anything from the food menu being served in the first two storeys, all burgers coming with those ‘narcotic’ chips. We loyally chose the Manchester Burger special, whose dense cheese sauce benefits from the inclusion of Runaway’s treacly Extra Special Bitter. 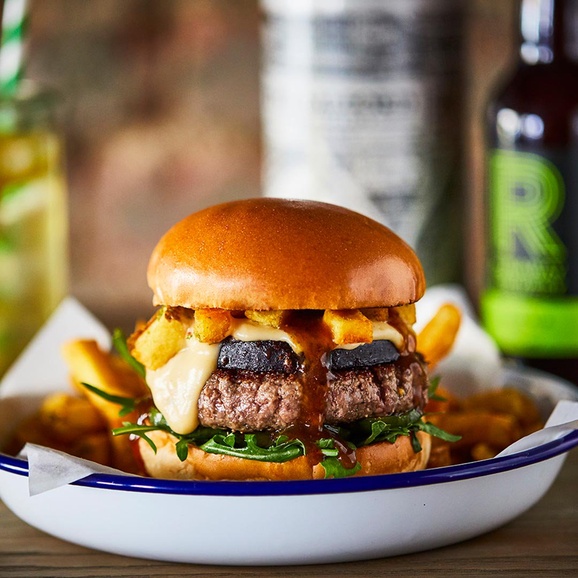 While their standard Plant burger didn’t impress a veggie friend who is averse to fake meat patties, the Manchester was a triumph, the addition of Bury Black Pudding, mini roasties and a dribble of bacon gravy inspired.

Also the beef is a cut above what most chains can offer (the Byrons of this world).

Co-founders Philip Eeles and Tom Barton have their own butchery, offering standards enabling them to serve the meat pink. You can have it well done or incinerated, if you wish, but you’ll lose the flavour. 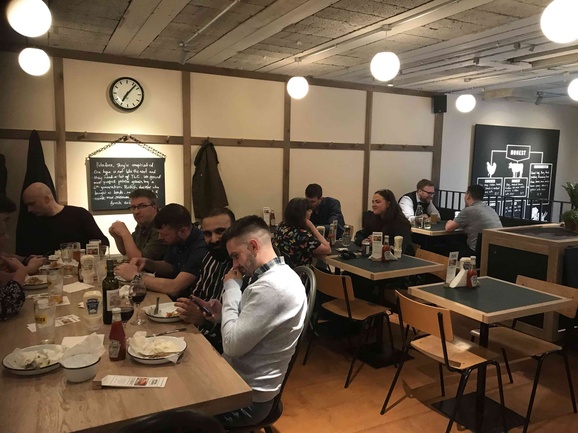 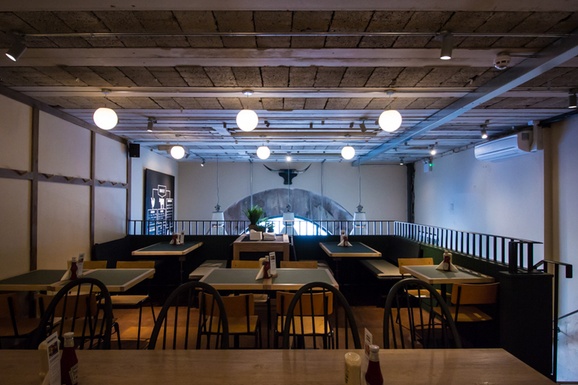 Since it is only served in the restaurant proper we never got to try the house pale ale, Top Drop, created for them by Runaway’s Mark Welsby at his Dantzic Street site.

Eeles and Barton met while working in a Brighton fish restaurant a decade ago and opened their first Honest Burgers at Brixton Market in 2011. Most of their 20 plus branches are in London and the South. How many boast rooftop taprooms with an outdoor terrace? Can’t imagine one cuter than this Manc hideaway. Up there in the city centre with YES’s and El Gato’s. 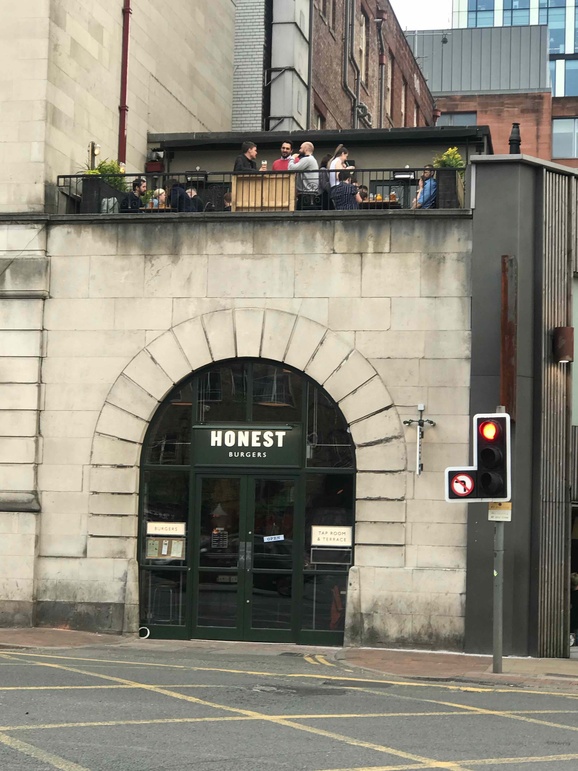