PRESTWICH Folk? No, we don’t mean the denizens of this upwardly mobile North Manchester suburb. Folk is the second bar of that name from Justin Parkinson, whose empire also includes a brace of Wine & Wallops, and it will be open by December in the former Solita premises on the corner of School Lane and busy Bury New Road.

The departure of Franco Sotgiu and Simon Pogson’s third Solita means dirty food fans will no have to journey down to the NQ branch to maintain their jaw-testing Big Manc habit (4x4oz patties, Monterey Jack cheese. iceberg, pickles and Big Manc sauce).

Franco promised a new project when he shut Solita in June; it just turns out not to be his. Justin’s team have been in situ for a month converting the 170-cover white-meets-neon interior into something as quirkily cosy as the original Folk in Burton Road, West Didsbury. They have already extended into the adjacent former hardware store. 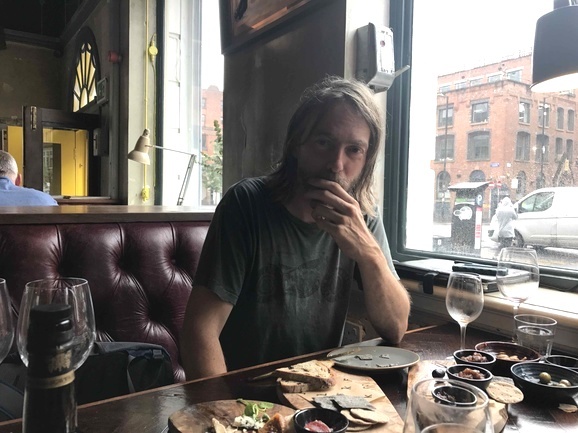 Justin’s own designer cv includes styling the likes of West Disbury’s The Lime Tree and Chorlton’s Lead Station. He tells us: “We’ll mix retro stuff we’ve collected with some striking modern stuff as we did at the Knutsford Wine and Wallop (check out that pink fireplace there). This new cafe bar mixes a flavour of that with the tried and trusted Folk formula terrace below). 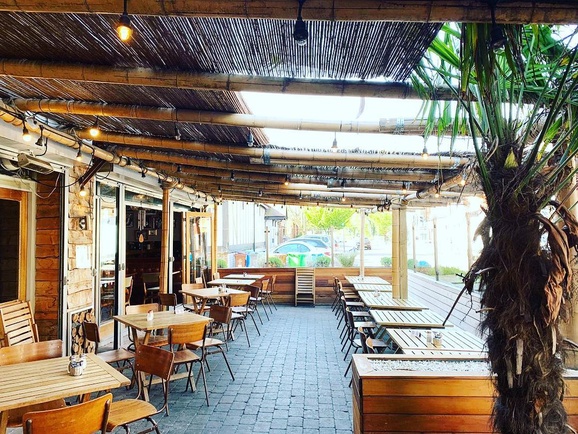 “We have already worked out our breakfast, brunch and lunch menu but are still exploring how to take our evening dining forward. Don’t expect the refinements of Aumbry (exalted  previous occupant of the site) but we are going to raise the bar for Folk, serving a globally-inspired cuisine. The wine offering is very important to us, but it’s going to be a smaller yet well chosen list.”

So there won’t be a sherry emphasis and Spanish vermut on handpull as at Flok (the NQ bar he is no longer associated with)? “No, it will be a more approachable, offering fitting in with Prestwich, which has a busy independent scene already. That’s what attracted us.”

Out of deference to wine bar Grape To Grain on the opposite side of School Lane they weren’t going to create a new Wine & Wallop, just a revitalised version of stalwart Folk.

ToM is a huge fan of G&G too. The bars will complement each other famously. Further proof, in Justin’s words, “they’ll be a great reason not to travel into the city centre for a night out.”