Caroline and Izzy a natural match at Levenshulme newcomer Isca

I is for Idealism and for Isca. This standard bearer for the up and coming Levenshulme indie scene is a small cafe in a former estate agents. Serving casual food from 10am to early evening with just 12 covers at the back and stools near the window looking out onto mega-busy Stockport Road, how come it’s a mecca attracting customers come from as far afield as Hull?

The answer is two words that still divide opinion but unite devotees with an idealistic passion: Natural Wine. Isca co-owner Caroline Dubois curates the non-intervention drinks list at Where The Light Gets In three miles away in central Stockport. This is her new day job.

French Canadian Caroline worked in Montreal restaurants for 10 years before touring the UK, Europe and America with her art practice, sampling natural wine bars while on tour. That in-depth knowledge is now evident on the well-stocked shelves at Isca. 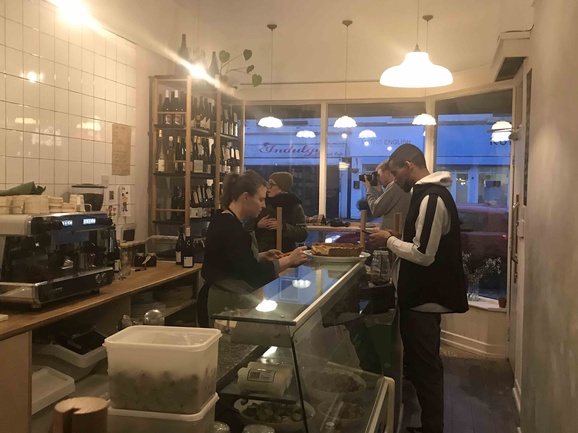 After all that travelling she settled in the North West with her two young kids. “There was not a single restaurant I’d have worked for in Manchester back then,” she told us. “Then Where The Light Gets In opened – it was different. I contacted the owner, Sam Buckley, and started there immediately."

Her new independent project is called ‘Is-ca’ because it’s a collab with Isabel (Izzy) Jenkins, whose Seasons Eatings supper clubs are a local legend. She’s responsible for the daily changing menu in the tiny cafe from cakes to salads and soups. On the day we visited on the counter there was a beetroot, barley and pomegranate salad and a Sparkenhoe cheese, onion and dill quiche (each £6). 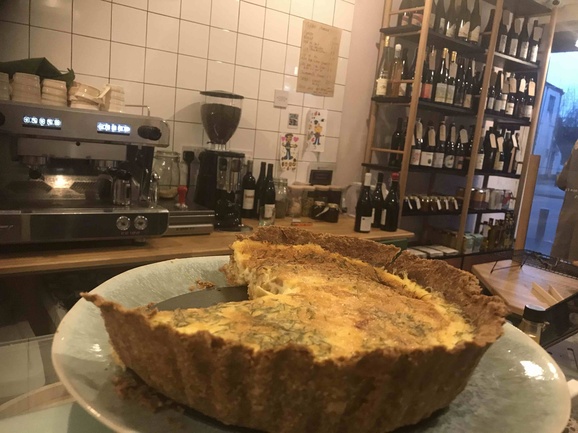 Sparkenhoe is farmhouse revival version of Red Leicester. If you only ever tasted the bland factory product it’s a revelation. It’s evidence of the duo’s link with one of the country’s great artisan cheese shops, Courtyard Dairy up near Settle. You’ll find their cheeses at Mary-Ellen McTague’s The Creameries in Chorlton, which shares much the same sustainable ethos and some of the same organic suppliers as Isca.

Andy Swinscoe from Courtyard Dairy will be hosting a £35 a head wine and cheese tasting in the cafe on Thursday, February 27. It’s just one of a series of events, including an orange wine tasting, a Sobremesa global supper to raise money for The Hunger Project (our preview) and this Monday, January 13, Things Palace X Isca #2, a South Eastern Asia-influenced veggie supper club from WTLGI’s Lorcan Kan. Expect six dishes spread over three courses for £32. Aussie Lorcan is donating the proceeds to bushfire charities.

All pop-ups of course, feature natural wines, about which Caroline is so passionate. She says: “Natural wine is about life. It’s about the way we are in this world and our relationship with the wild life, encouraging biodiversity and engaging with the specificity of where we are (terroir). It is about caring for the soil, the grapes and for the life existing in the vineyard. It’s not about getting a fixed product.”

Her favourite region is probably the Jura in France “because their small producers never really changed their way of making wine.” 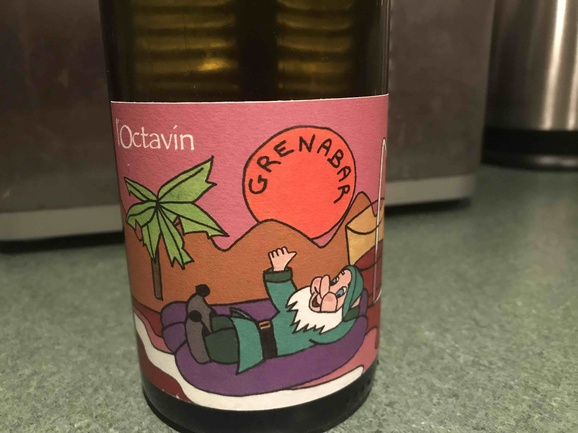 We couldn’t resist taking home a bottle of biodynamic red from one of that region’s acclaimed natural winemakers, Alice Bouvot. A vibrantly fruity blend of Grenache and Carignan, it was a delight. But it did cost £39 to take out. Caroline is adamant about the price levels she is selling at: “Good value is a fair price for the winemaker in relation to their hard work and labour.”

So not for the supermarket BOGOF wine shopper, but there is obviously a growing market for what is no longer viewed as a niche product. Lively Levenshulme, with its growing number of indie bars and eateries, looks a perfect platform to go au naturel.