Casino chef of the year Grant now tackles Bake Off: The Professionals

WE’RE not sure if Exose Grant Lopo-Ndinga will be taking a blow torch to any toppings in Bake Off: The Professionals, which returns to Channel Four next Tuesday (April 30). He’s pretty handy with one. Witness above him applying the finishing touches to a grilled langoustine, part of one of the dishes that helped him win ‘Chef of the Year 2019’ at the Caesars Entertainment Chef & Bartender Awards.

Quite a fast tracking then for Chorlton-raised Grant, chef de partie at James Martin Manchester inside the 235 Casino. From a young age he was intrigued by food and the dishes cooked by his mum, originally from Africa, inspired him to get in the kitchen. By 2015 he had clinched a commis chef post at James Martin.

The Caesars Entertainment Chef & Bartender Awards were hosted in London a few weeks ago and saw nine chefs from casinos up and down the country battle it out to create a show-stopping starter, main and dessert.

Bake Off: The Professionals, though is a higher profile launchpad for his talents. He trained as a pastry chef at South Trafford College and has developed his own cupcake/wedding cake business, skills he should put to good use to impress the judges in the first tasks. The opposition is scary with teams from Michelin-starred Pennyhill Park and Chiltern Firehouse.

For this contest, away from his day job, Grant is representing The Courthouse Cheshire Hotel in Knutsford, acting as support chef to an old college friend, pastry chef Sanjam Nagpal. There are 12 chef duos competing, split across the first four episodes. So we won't see Grant and Sanjam until the fourth programme on May 21. 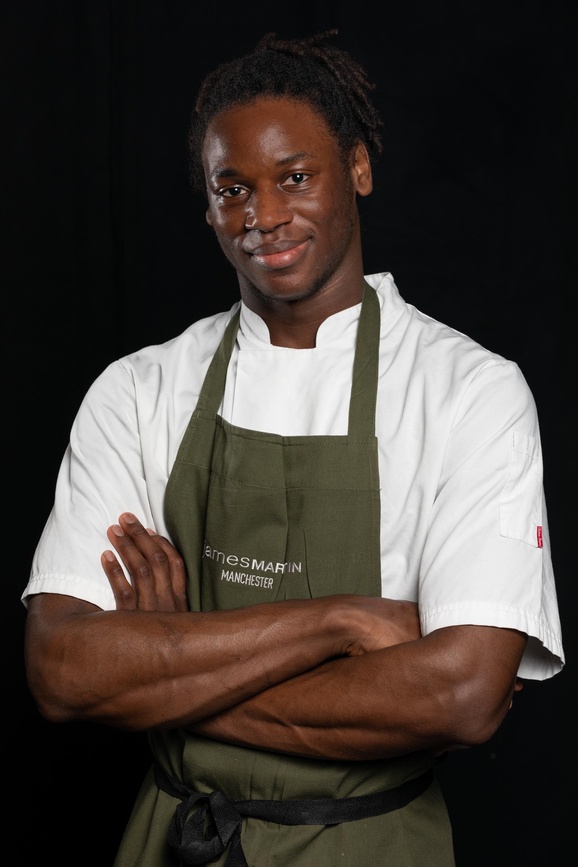 Returning to judge for another year are celebrated pastry chefs Cherish Finden and Benoit Blin. She’s creative development Chef at Godiva Chocolates and he’s chef patissier at Belmond Le Manoir Aux Quat’Saisons. Alongside them will be presenting duo Tom Allen and Liam Charles (below).

Grant, still only 22, says: “It was a surreal moment for me, as I’m a huge fan of the TV programme. It was difficult not to get star struck. I loved cooking in the tent and really enjoyed the pushing myself and showcasing what I can do. The pressure was immense.

“It reaffirmed for me the huge drive and passion I have to constantly improve and create new dishes for people to enjoy. I am brimming with new ideas and flavour combinations and I look forward to bringing some of them to the menu at James Martin Manchester.”

James Martin says: “It comes as no surprise to us that Grant is making a name for himself.  He is an extremely talented and creative chef who is hard working and always ready to learn. We’re all very proud of him.”

Already a couple of Grant’s chef of the year winning dishes have been included on the James Martin Manchester menu later this summer – starters of mackerel with XO sauce and miso glazed duck.

Grant's ambitions? "To rise to be head chef somewhere and then eventually to run my own restaurant". It won't be a piece of cake but Grant's definitely a talent to watch. 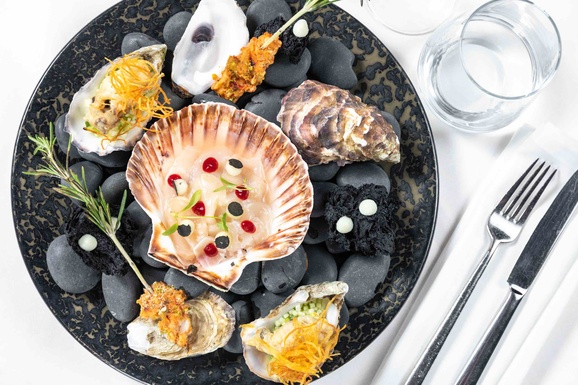