Crazy! Pedro’s create a pizza with Tokyo Ramen and a beer with Camden

Crazy! Pedro’s create a pizza with Tokyo Ramen and a beer with Camden

FAKE Noodz? You’d better believe this one. Tokyo Ramen have teamed up  with Crazy Pedro’s to create a noodle-topped pizza called ‘Send Noodz’. You might want to wash it down with Pedro’s Party Brew, a new beer the loco pizza folk have launched in collaboration with Camden Brewery.

Manchester can’t escape Camden these days. Their distinctive red shipping container bar in Cathedral Garden showcases their beers and status as MFDF sponsors. Party Brew (as it ‘says on the can’ even if it comes in bottles) is a fruity easy-drinker Pedro’s are keen to promote. 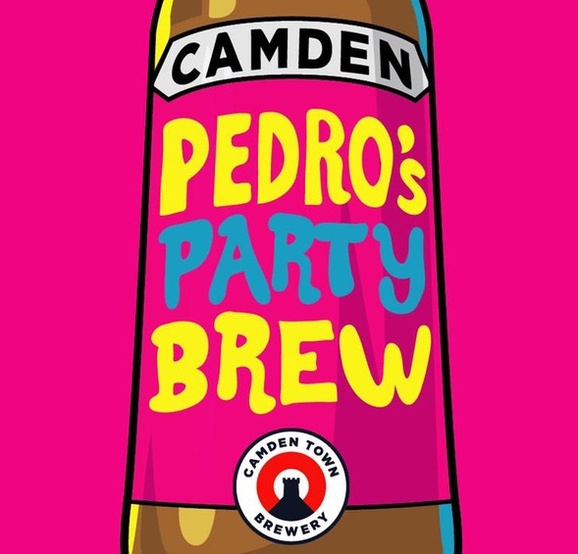 Hence this special party offer. From Saturday, October 6, keep a close eye on Crazy Pedro’s Facebook/Twitter/Instagram for details on how you can get your hands on this limited edition beer plus pizza just before it officially launches on Friday, October 11. There are also free t-shirt knocking about and a specil Deliveroo deal, too. Plus on Sunday, October 13 the beer will fuel a ‘Brew’ Pong competition at Pedro’s NQ.

Throughout October ‘Send Noodz’ will be the pizza special at both parlours. It arose out of some ‘playful Intagram comments’ involving Tokyo Ramen’s Danny Collins and Ben Humphreys. Result a topping fetauring a Tan Tan spicy sauce on Pedro’s tomato base topped with chicken coated in chicken salt (TR top secret recipe), deep fried ramen noodles, a sprinkle of spring onions, sweetcorn mayo, all finished off with Red Dragon sauce.