DIGEST THESE CRACKERS – OUR COOKBOOK FAVES OF THE YEAR 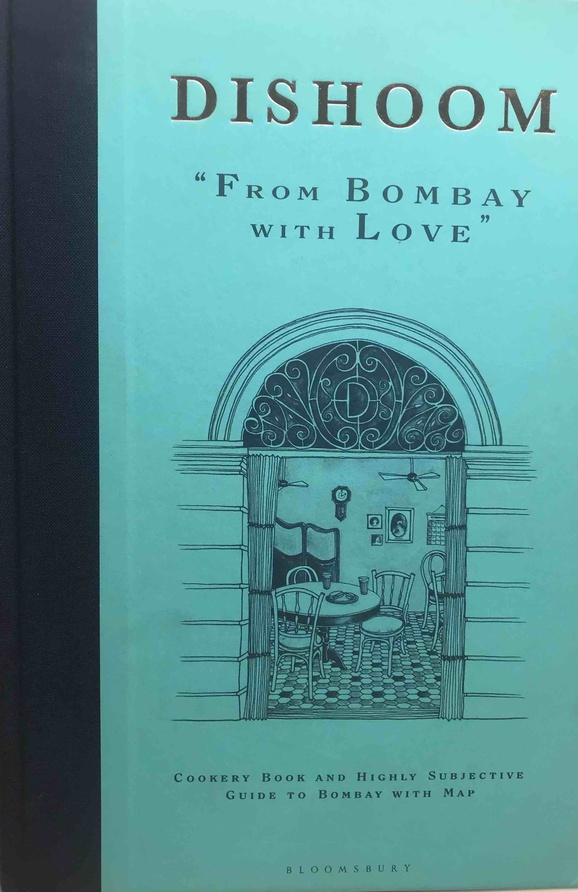 Dishoom ‘From Bombay With Love’ (Bloomsbury, £26) This is the book to kick off our Christmas recommendations. Not just because we share Manchester’s affection for Dishoom and have bought into its whole ethos from bacon naans for breakfast to a nip of Viceroy’s Old-Fashioned before bedtime. This is a perfect Christmas present for a foodie, who has never crossed the incense-tinged foyer of its Manchester Hall base. It offers a rare stew of different ingredients – Bombay comfort food recipes adapted for the home-kitchen (the signature black dal doesn’t have to take 24 hours in the pot) alongside an eccentric travelogue detailing the vanishing Irani Cafe culture of that city. Evocative photographs and a retro design complete the package. 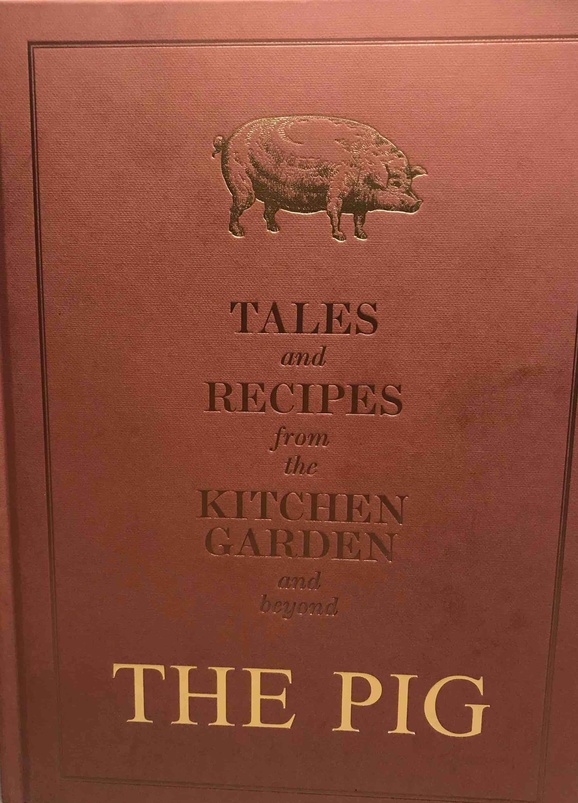 The Pig: Tales and Recipes from The Kitchen Garden and Beyond by Robin Hutson (Octopus, £30) The Pig in Brockenhurst was the first of a chain of laidback contemporary country house hotels created by veteran hotelier Hutson. On our visit we loved its rustic chic vibe and a menu that owe much to the its own kitchen garden and rare breed meats and charcuterie. This book introduces you to the team that make it work and gives vital tips on how to recreate this ‘good life’ on your own patch. Perhaps not purchasing your own pigs. 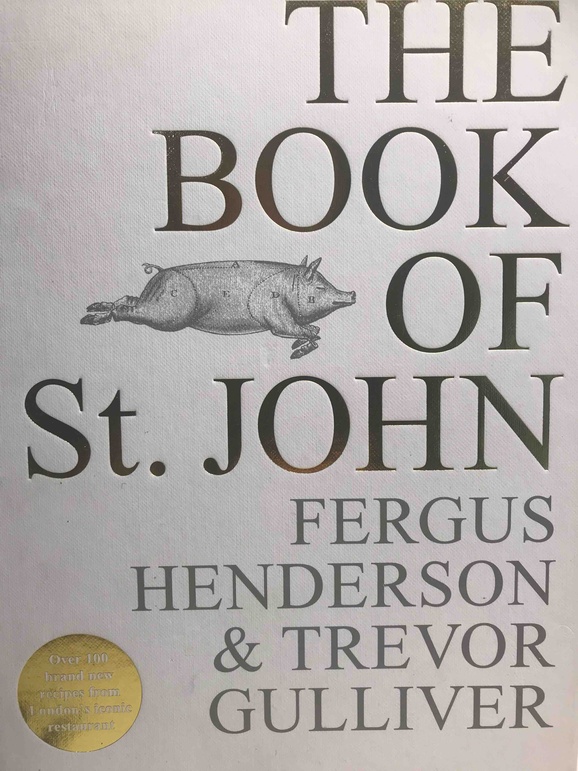 The Book of St John by Fergus Henderson and Trevor Gulliver (Ebury Press, £30) Fergus Henderson know a lot about pigs. They are an integral part of the ‘Nose to Tail Eating’ gospel he has promoted during his quarter of a century tenure at  St John in London – arguably the UK’s most influential restaurant that has inspired a generation of cooks. Bone marrow with parsley sauce a beacon along the way. Throughout Trevor Gulliver has proved a savvy sidekick and wine guru. Their shared eccentricities populate this beautiful, frutily worded consummation of their achievements. Only Fergus would devote an entire chapter to the Pickled Walnut. The recipes are not always for the squeamish but they champion ingredients too easily scorned. We swear you’ll be converted by Braised Tripe, Red Wine and Shallots. Just one of many ‘greatest hits’ gathered here. 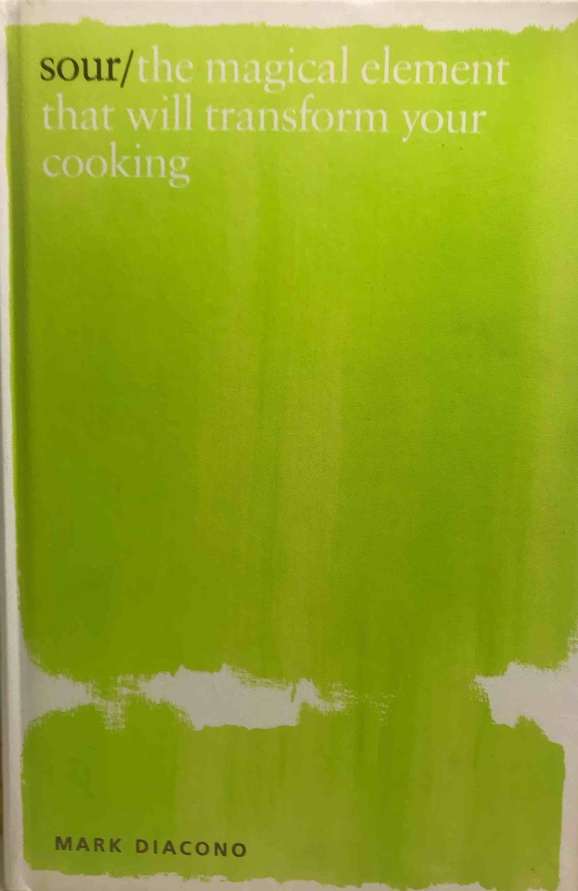 Sour by Mark Diacono (Quadrille, £25) Mark Diacano is not a household name. You may have come across him in one of Hugh Fearnley-Whittingstall’s River Cottage telly programmes. Yet Devon-based Mark is one of most original food writers. His A Year at Otter Farm (2014) won a major award and Sour looks likely to follow suit as he tackles “the magical element that transforms your cooking”. He is tapping into that brave new millennials zeitgeist that treasures kimchi, kombucha, kefir, citrus and sourdough. So lots of pickling and fermentation (just like Ancoats). Not just this but recipes that work and are sophisticated and delicious. We loved his sumac duck, chicory, celeriac and pomegranate; ditto a pink hibiscus and raspberry water kefir that felt ridiculously cleansing. 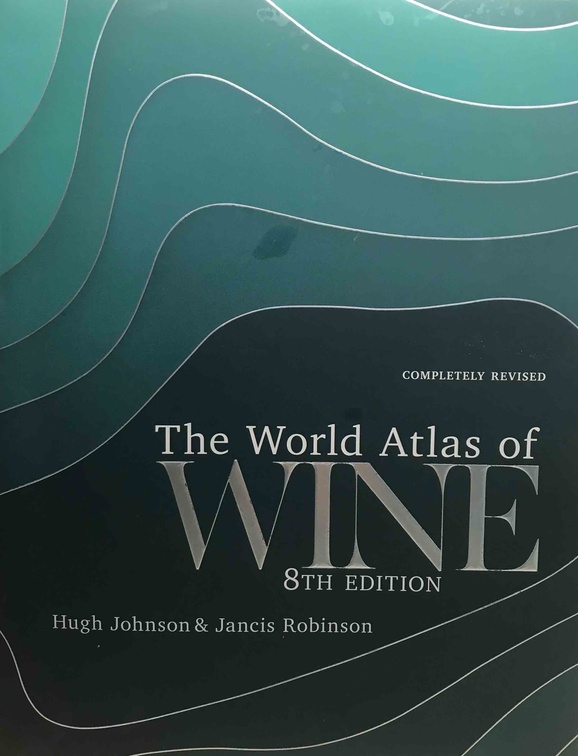 World Atlas of Wine by Hugh Johnson and Jancis Robinson (Octopus, £50) This is the eighth edition of this classic cartographic encyclopaedia of all things grape, which first appeared in 1971. Hugh Johnson was the originator of this project with fellow wine writing legend Jancis Robinson coming on board for edition no.5 in 1998. How the world of wine it charts so exhaustively has changed since. It’s now 414 information-packed pages with 20 new maps and vivid photography. China gets three pages (Britain one), but the bulk is devoted to the classic regions, Old World and New, and explaining devry fcet of viticulture and winemaking. It still remains the case: if you buy just one book about wine buy this. 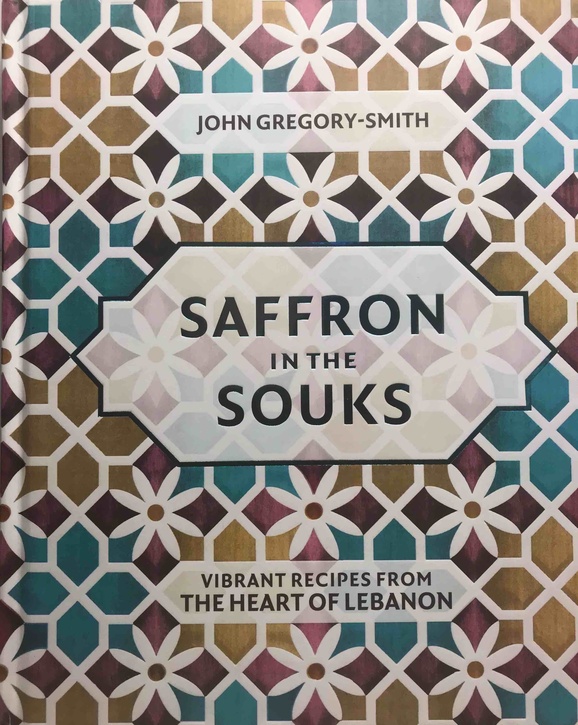 Saffron In The Souks by John Gregory-Smith (Octopus £25) There has been a glut of books about Middle Eastern and Levantine cooking. The Ottolenghi Effect has put sumac and pomegranate molasses in our store cupboards, whil tabbouleh is now as much a staple as chicken tikka masala. Arguably the country with most to contribute to this culinary diaspora is Lebanon and Gregory-Smith has travelled the length of this country from the fish markets of Tripoli in the North to the secretive Druze community in the South. There are surprisingly lots of veggie treats. We can’t wait to prepare griddled aubergine fatteh or purslane, pomegranate and roasted courgettes. 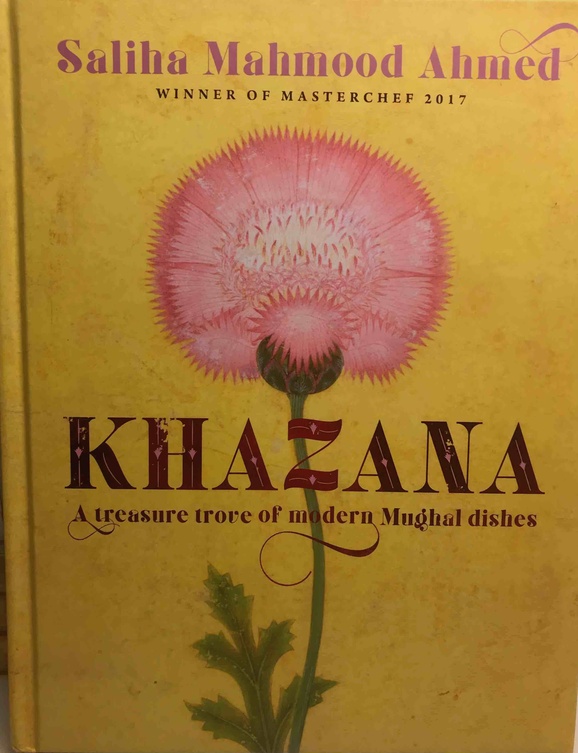 Khazana by Saliha Mahmood Ahmed (Hodder & Stoughton, £25) The Observer Food Monthly Awards 2019 named this their Best New Cookbook. It was what the 2017 MasterChef winner, a junior hospital doctor, did next, exploring her family’s culinary roots. This led her to this celebration of the food of the Mughal Empire, which rose out of present-day Uzbekistan and dominated South Asia from the early-16th to the mid-19th century. Khazana is a beguiling mixture of lightly presented history and Indo-Persian recipes, often given a modern overhaul. Check out the smoked chicken and basil kebabs with beetroot salad and buttermilk raita. 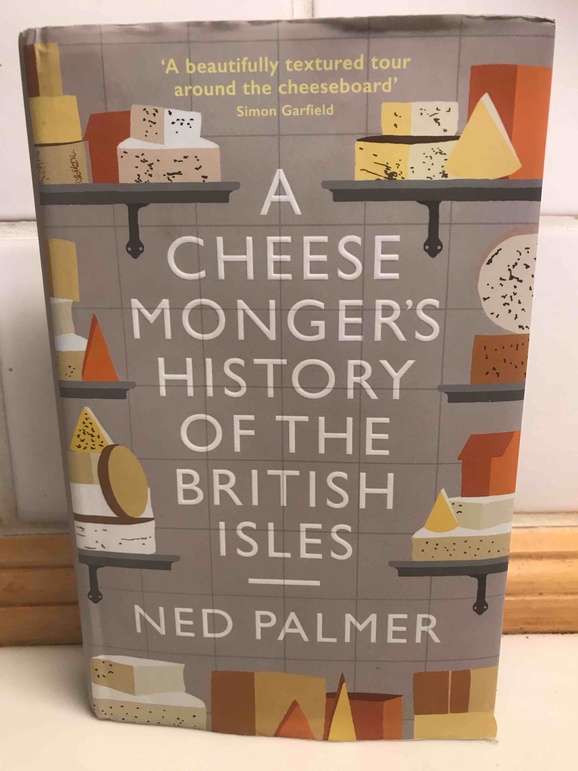 A Cheesemonger’s History of the British Isles by Ned Palmer (Profile Books, £16.99) Jazz pianist turned cheese affineur Ned charts the renaissance of traditional British cheese, which by the 1970s was close to extinction and their remarkable champions. By focusing on specific cheese styles, viewed historically, he celebrates dairy produce that is far superior to the processed copies that have populated our supermarket chill cabinets. At times he waxes quite lyrical. Take one of his favourites, Gorwydd Caerphilly, created by a friend of his in 1990. Its grey rind ripens the cheese “from the outside in, breaking its firm dry texture down into something almost liquid and softening the bright citric acidity of the young cheese into a rich, cabbage creaminess”. Crack open the crackers! 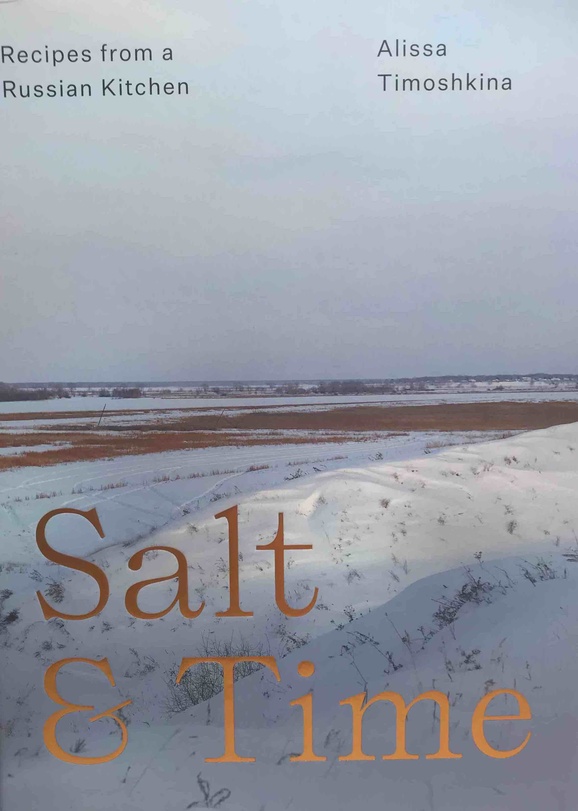 Salt and Time by Alissa Timoshkina (Octopus, £25) We love cookbooks that take you on a journey. We never knew that the food of Russia (and in particular Alissa’s native Siberia) could prove so fascinating. OK, the unfamiliarity adds to the fascination. Herring in Furs, Soviet-Korean Ceviche, fierce pickles, anyone? Inevitably cabbage features, but who wouldn’t warm to Golubsty for the Lazy, or Layered Cabbage Pie. No boiling required. ‘Prijatnogo appetita’, as they say in the former Soviet Union. 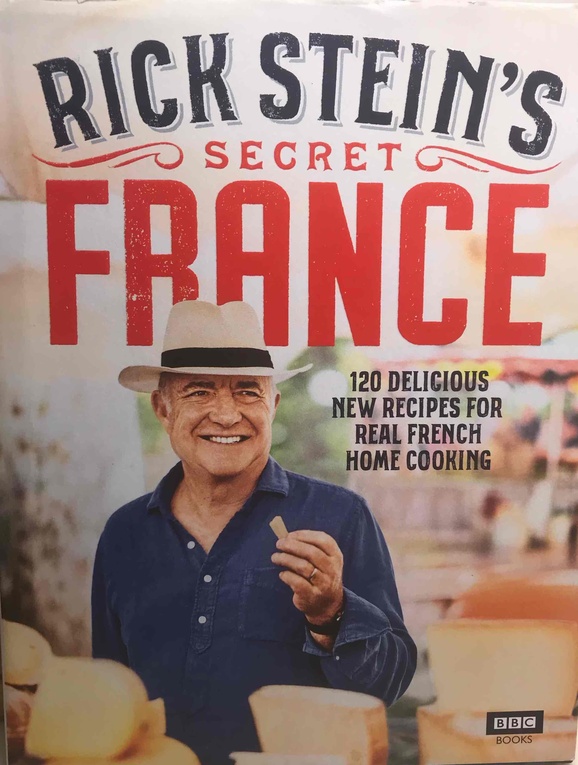 Rick Stein’s Secret France by Rick Stein (BBC Books, £26) Have you been watching avuncular Rick beetling around the French countryside, downing ample local wine and scoffing every regional delicacy in site in his quest to discover if French cuisine is what it used to be. The pictorially excellent spin-off book from the BBC2 series doesn’t cover regions chapter by chapter; the 120 recipes are divided into meat, fish etcetera, which is confusing if you haven’t seen the series. Still, if it loses out as a travelogue, it surely warms the cockles of an old Francophile’s heart. Take this recipe from Troyes in the Champagne region (which I now want to visit). In English it reads: ‘lamb sweetbreads with lemon and tarragon sauce’. Pallid in translation beside Ris d’Agneau au Citron et a L’Estragon Meuniere. Escargots, too, those snails in garlic butter – the book really is a la Recherche de France Perdu. 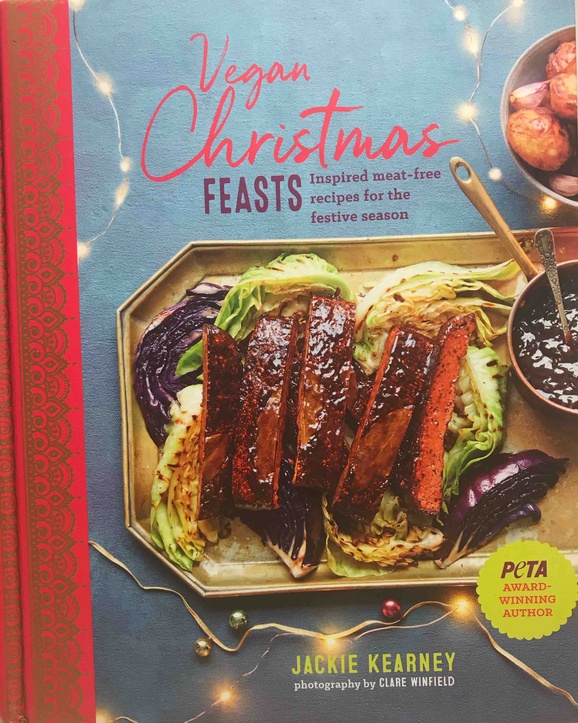 Vegan Christmas Feasts by Jackie Kearney (Ryland, Peters & Small, £9.99) Local hero Jackie won us over to plant-based home cuisine with her Vegan Street Food, inspired by her travels in South East Asia and India. This is a slighter volume focusing on how to make a Vegan Christmas jolly. Her suggestion for the Big Dinner main? Home smoked stuffed roast with pine nuts, lemon and herb stuffing accompanied by marmite and olive roasties, followed by limoncello ‘nog’ trifle. Even for non-vegans creative small plates such as chestnut and porcini cream mille feuille sound irrestible. Definitely a book for the plant-based stocking. 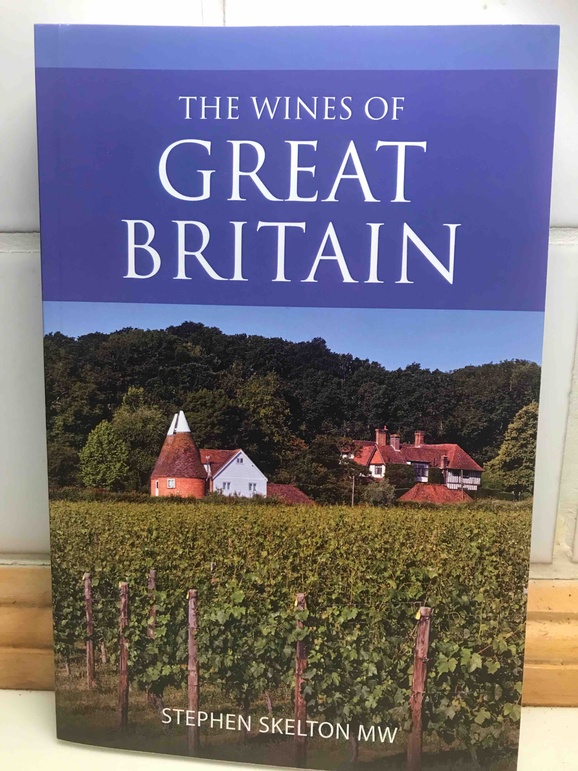 The Wines of Great Britain by Steven Skelton (Infinite Ideas, £30) A record three million vines were planted in the UK this year – almost double the number the previous – and  there are more than 500 vineyards and 164 wineries operating commercially. Following the gloriously ripe 2018 vintage of the century, it made timely  sense for long time champion Skelton, a Master of Wine and a winemaker himself, to update his thorough account of the industry and its brave pioneers and heroes. You’ll be surprised at the variety of grape varieties and styles on offer. It’s not just about Nyetimber and the high profile sparklers (though we do suggest toasting Christmas with them). 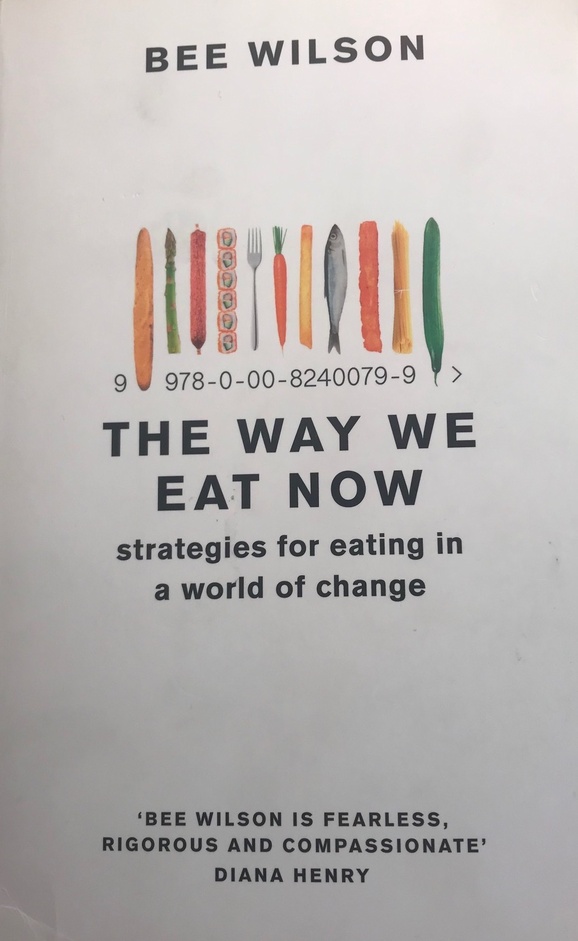 The  Way We Eat Now by Bee Wilson (4th Estate pb, £12.99) Finally a serious investigation of how multinationals have subverted food sytems, contributing to a reduction in both variety and healthy nutrition. Across the world folk now eat food made from processing a small number of commodity crops such as palm oil, wheat, corn, rice and soy. Call it Snack Attack, even in countries such as India and China with traditionally diverse food cultures. Bee calls this choice of quantity over quality a ‘hollow abundance’. A reminder that while hunger is still a huge problem worldwide: “As of 2006, for the first time the number of overweight and obese people in the world overtook the number who were underfed.” Merry Christmas to one and all.