Dishoom dish the secrets of their comfort treats in new cookbook

SO you think you know how to make a bacon butty? Not the Dishoom way, where they pile crispy smoked bacon in a naan along with cream cheese, chilli tomato jam and fresh herbs. Daunting to replicate it at home? No worries now. The Mumbai inspired restaurant chain spill the beans (or should that be dal) in their upcoming cookbook, Dishoom: From Bombay With Love (published September 5).

Alongside the secrets of this crossover signature dish there are 100 other recipes for Dishoom’s distinctive spicy, comfort food, by inspired the old Irani cafes inn that melting pot Indian city. Less exotic Manchester has learned to love the likes of black daal,, chicken ruby, okra fries (below) and Lamb Raan – a leg marinated in chilli, garlic and ginger, braised overnight with spices, then flame-grilled, sliced and dressed with fresh lime. 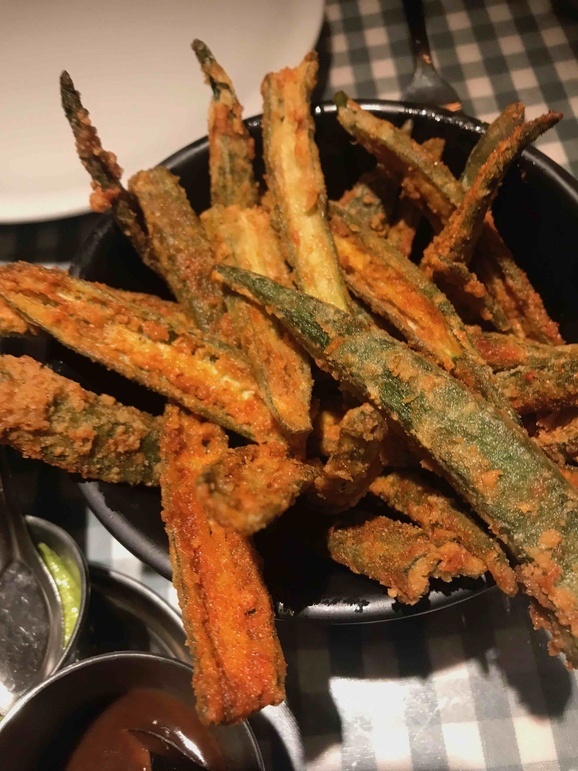 The good news, too, is how user-friendly the book promises to be. You’ll still get a tasty bacon flatbread even if you don’t use Ramsay of Carluke’s smoked streaky bacon dry-cured for five days with rock salt and Demerara sugar, cold-smoked over oak chips.

And shortcuts mean you don’t have to spend 24 hours stewing the Black Daal, a kind of souped up Makhni Dal, as they do in Dishoom’s basement kitchen. Just the five hours prep and it’ll still feel velvety and earthy at the same time.

Dishoom has been open in Manchester Hall for less than a year but it has matched the popularity of its five London outlets (plus one in Edinburgh). 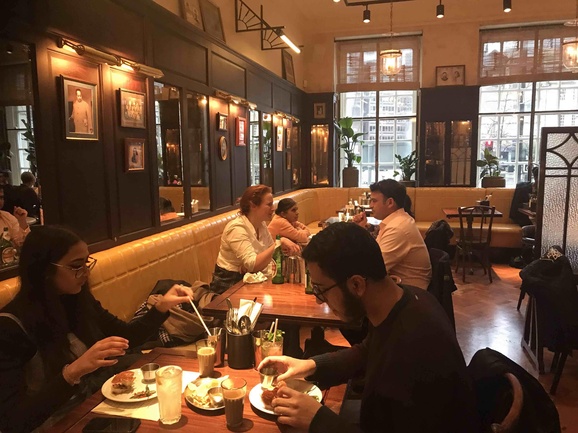 All their restaurants are designed to be reminiscent of old school Bombay haunts, so they haven’t spared the atmospheric design and photography in the book, which takes you on a day’s tour of the city and its food. Ee’ve made the foodie pilgrimage to Chowpatty Beach and the backstreets around the old Victoria Rail Terminus

Dishoom’s Shamil Thakrar said: “We’re trying to say: this is the food of Bombay, this is the city of Bombay, walk around it and see it with your own eyes, understand it, celebrate its history.” 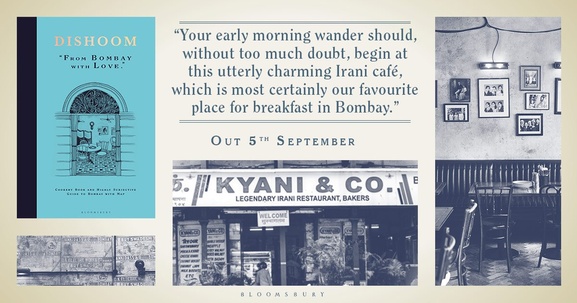 Co-founder Kavi Thakrar added: “The food in our restaurants is the real Bombay comfort food you’ll find in those old cafes,but it’s also the food you’ll find in people’s homes and on the streets. And the book is about bringing those recipes and those stories to life, and then you can share those dishes with your friends and family.”

Dishoom: From Bombay with Love by Shamil Thakrar, Kavi Thakrar and Naved Nasir is published by Bloomsbury on September 5 at £26, and is available for pre-order.