CARVER? Sounds like a man who could do the honours with a roast chicken. But Richard of that ilk, creator of Honest Crust, swore that he would never stuff fowl on top of one of his acclaimed pizzas. There was even a sign over his counter in Altrincham Market House warning: ‘We don’t do chicken’.

Now, almost Boris-like, he’ll be reneging on his promise for one week only in a special collab (November 12-17) with Rusholme’s Mughli Charcoal Pit (who also probably felt they never swap Naan for Neapolitan). 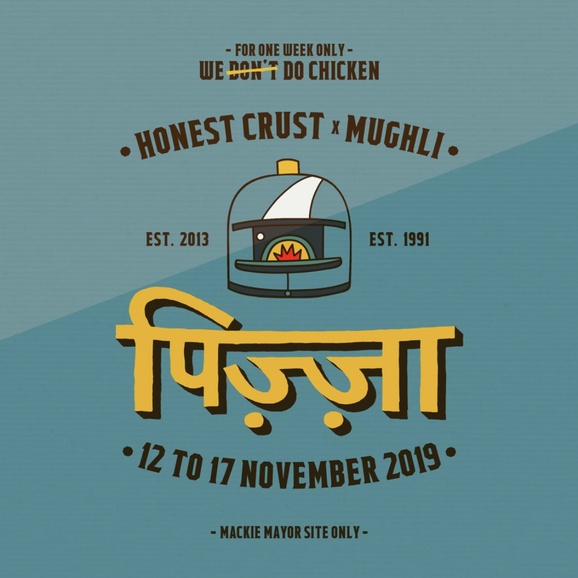 You’ll be able be able to purchase ‘Forgive me Napoletana, for I have sinned’ on a first come first served basis, only at the Honest Crust in the Mackie Mayor NQ food hall.

The collab is down to a long-standing friendship between Neapolitan purist Richard Carver and Haz Arshad, co-owner of Mughli and  progressive force on the Curry Mile. “This will be the first and last time we put chicken on one of our pizzas so wouldn’t want to do it for anyone else,” an unrepentant Richard (below) told us. 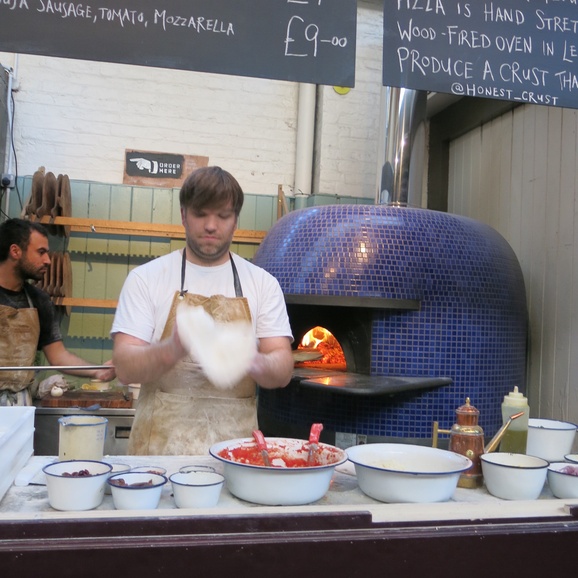 There is a whiff of culinary mid-life crisis about, mind. This summer Mughli collaborated with Almost Famous on a limited edition burger (another demonstration of the versatility of butter chicken with all its tandoor smokiness), while Honest Crust have recently featured on the menu a collab with supper club host Pippy Eats, a pizza topped with lamb, sesame sauce, cavolo nero, Chinese leaf, chilli oil, dill and spring onion, inspired by her travels in China’s Xinjiang region. Top that one, Crazy Pedro’s 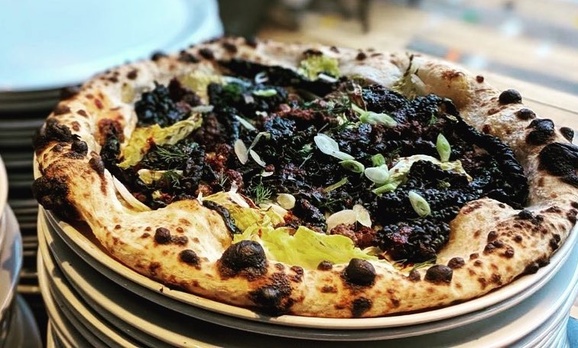 Both Mughli pizzas are available for one week only, Tue Nov 12-Sun Nov 17, from Honest Crust’s Mackie Mayor kitchen.