IT was not quite the roll over jackpot the ‘Drunken Butcher’ dreamed of but supper club maestro Iain Devine was still pretty “beyond happy” to come third in the eighth Great Sausage Roll Off contest against 19 other chefs, including Manchester rival James Taylor of the Bulls Head, Heyside.

The cook-off, held in the Red Lion Barnes in London raised £3,537 for industry charity Hospitality Action, some of these proceeds coming from a silent auction of the rival rolls. 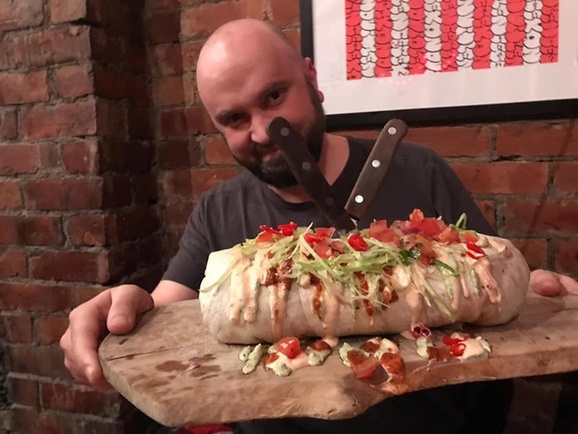 Some of these were pretty fancy twists on the classic buffet food. Iain’s, above, in collaboration with Scottish chef Alan Paton, was inspired by his student hangover cure breakfast – “a classic sausage, with fresh blood black pudding and nduja, served with a smoky beer.”

The event’s host was doyenne of British beer writers Melissa Cole and the judges included chefs from Michelin-starred establishments.

The overall winner was Alan Chilton from the Bower Inn, Bridgwater in Somerset with an Indian spiced sausage roll. 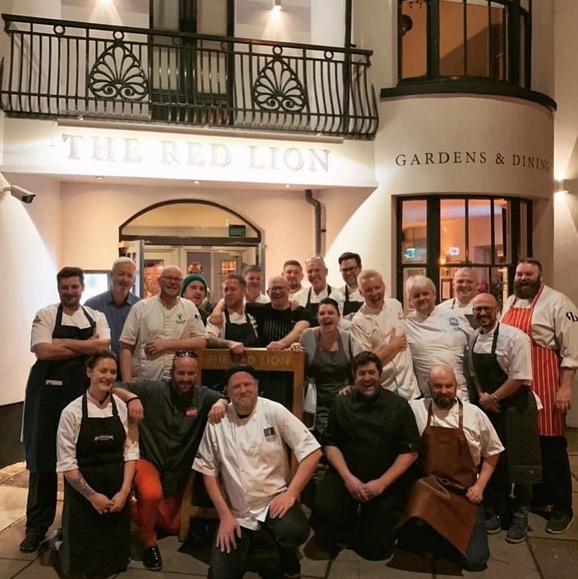