Epic odyssey in search of a kingfisher-inspired cocktail haunt

IN any alphabetical list of Manchester drinks projects Zymurgorium always clocks in last. The spirits specialist’s new bar also took a while to get to as the ToM team negotiated the hard-hat maze of the St John’s Quarter building sites. Even at this stage Factory is mighty imposing, especially when you’re lost and all routes are barred.

‘Maze’ is apt because if we had stuck to ‘next to the Crystal Maze on Lower Byrom Street’ advice our quest for the Project Halcyon would have been quicker. Eventually a security man directed us down the Bonded Warehouse ginnel, a scrawled poster pointing the way. 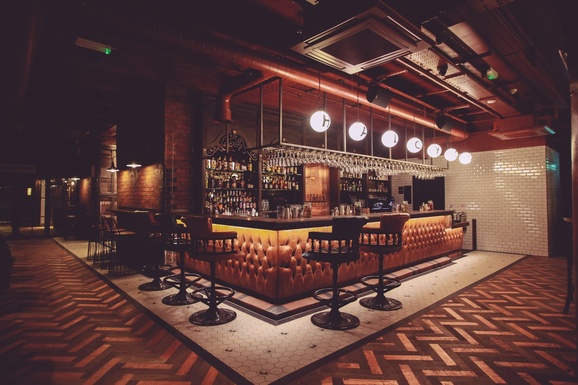 Once inside the converted warehouse and down a lift we did the circuit of passages home to various creatives, one of whom, helpful but uncertain, guided us to another dead-end. Fortunately, retracing our steps, we heard music through some double doors and staggered into the large speakeasy come distillery showcasing Zymurgorium’s eclectic range of drinks and much more.

Classical spoiler: in Greek mythology, the Labyrinth was an elaborate, confusing structure designed and built by the legendary artificer Daedalus for King Minos of Crete at Knossos. Its function was to hold the Minotaur, the monster eventually killed by the hero Theseus. We didn’t meet any Minotaurs in the Bonded Warehouse/

Classical spoiler: Halcyon is a homage to Greek myth of Alcyone, who was turned into a kingfisher-like seabird. Her father wind god Aeolus calmed the seas, so she could safely nest – a period of placid winter weather that came to be known as Halcyon days.

What the plethora of kingfisher references across the darkly-lit venue has to do with its other inspiration, the illegal warehouse speakeasies of Prohibition-era Chicago, beats us. Chuck in a ‘hidden’ absinthe salon tribute to the Belle Epoque’ deadly ‘green fairy’, a ‘torture chamber’ photo booth room with dentist’s chair, and the words ‘trying too hard’ spring to mind.

It has obviously cost a lot – posh leather booths, copper parquet flooring – evidence of the huge steps Zymurgorium has made since opening its first gin distillery in Irlam back in 2014 (after dabbling in mead). We expect the road to Halcyon will be a lot smoother once this whole area, once the site of Granada Studios, comes on stream proper. The in-house distillery with its copper stills, a barrel-ageing store and mini-stills for blending-your-own masterclasses will surely prove a draw. 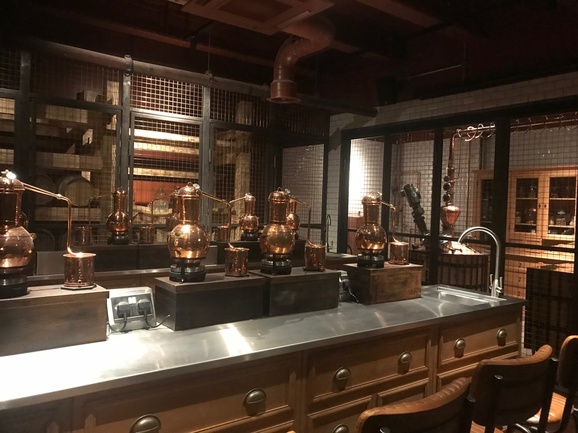 Hard to believe that any punter might come up with any gin as inspired as the breakthrough parma violet variety created by Zymurgorium founder Aaron Darke. The truly sweet-toothed might well check out his Zymurgorium 'Realm of the Unicorn' Gin Liqueur, ‘bursting with marshmallow, vanilla and marzipan flavours’.

We’d just popped into to the bar road-test a couple of cocktails from a 180-strong list (all classics £8) overseen by general manager Rory Bourke, formerly of The Whiskey Jar, Science and Industry and Liars Club.

Once there, we couldn’t resist dipping into their winter menu specials (all £9.50). Stand-out was the Evergreen Sour, their version of a whiskey sour, which combines flavours of cascade hops and bay leaves with the sweet smokey finish of black cardamom and @johnniewalker black label. Giving it extra grip, a dash of Old Forester Bourbon.

Tribeca, their tweak on a classic Manhattan was almost as ace with its combo of Wild Turkey Rye, Cherrywood Vermouth Blend, bitters, and house maple cherry paint.

Banyak Fizz was an acquire taste we might not be acquiring very soon, though it credentials are impeccable, inspired by calpico, a sparkling milk drink popular 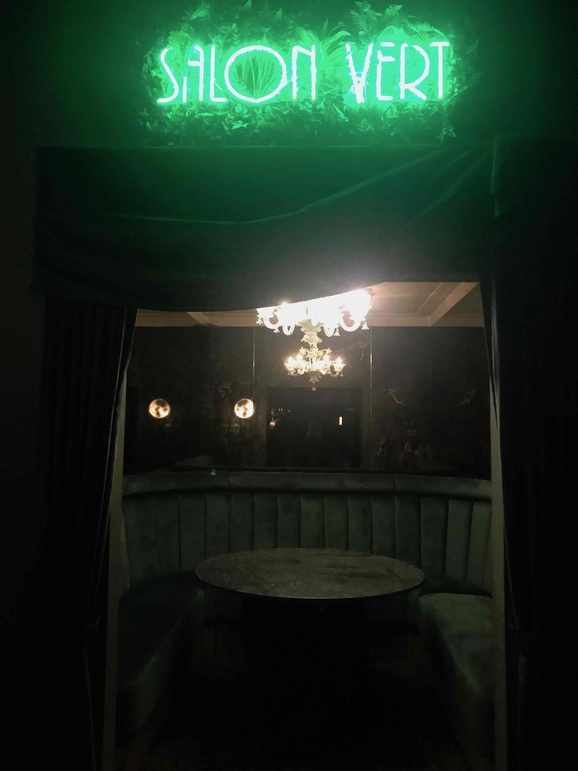 We could have picked up a retro telephone to order any of these via tables service but felt it too poncy. Ditto, the Salon Vert, a green-curtained private snug flanked by two chaises longues. Beneath a Murano chandelier you can worship the potent absinthe spirit in traditional fashion via a fountain, glasses, slotted spoons and sugar lumps. Always found it all a bit of a faff, really.

More enticing is a seriously good wine list, including a biodynamic contingent, rare and vintage spirits, their own craft lager and coffee sourced from Extract Coffee Roasters across the corridor. Quite a package. Now where did we put that Sat-nav? 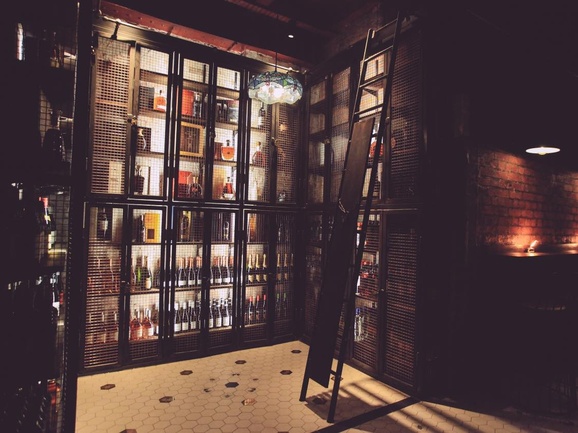