CONGRATULATIONS to Exose Lopo-Ndinga, a chef de partie at James Martin Manchester, for getting through to the final 12 in BBC’S Masterchef: The Professionals. In the Tuesday, November 26 heat his lemon and raspberry choice bun convinced  judges Marcus Wareing, Monica Galetti and Gregg Wallace that he was ahead of the pack.

This was capped on Thursday, November 28 when national food critics and Marcus and Monica raved about his duck breast, chimichurri sauce, sweet potato three ways – and even topping that – his dessert of cherry soufflé, pistachio crunch, our cherry sauce and sheep's milk yoghurt sorbet (below) 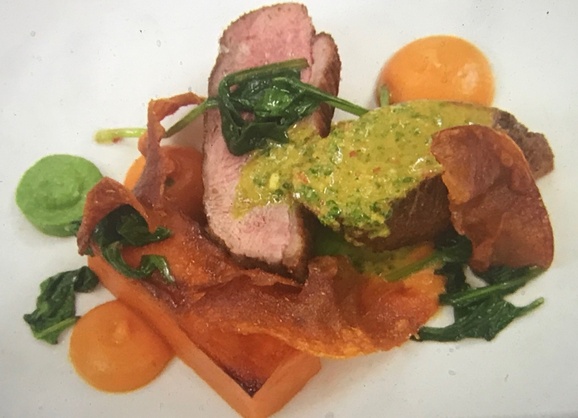 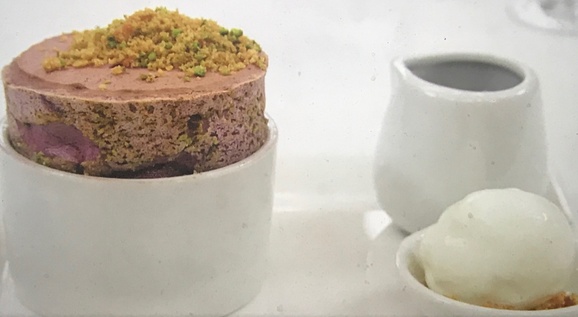 Exose’s fledgling culinary career was inspired by his mum Marie-Claire’s home cooking in Chorlton. He told us: I’ve always felt most at home in the kitchen.  It’s where I come alive. It’s no surprise to my family that I ended up becoming a chef.  Though they’ve been quite taken aback to see me appearing on the telly.”

Exose attended Manchester Academy High School where he studied Food Technology, Hospitality and Catering. It was there that his passion for cooking began to take shape. he then went on to South Trafford College for a further two years to study Professional Chef Skills.

Exose joined the team at James Martin Manchester four years ago and has since worked his way up to Chef de Partie and Head of Pastry.  Earlier this year he won Chef of the Year 2019 at the Caesars Entertainment Chef & Bartender Awards.