FOLK Cafe Bar is synonymous with the vibrant bar drag of Burton Road, West Didsbury. Since creating it over a decade ago Justin Parkinson has added two Wine & Wallops to his quirky, approachable empire (Lapwing Lane and Knutsford), while briefly flirting with the Northern Quarter in a collab at Flok. Now he’s opening updated version of Folk in Prestwich (on Saturday, December 7).

With Cuckoo and Grape to Grain on the same stretch of Bury New Road it could consolidate a go-to bar scene. Popular though it was, the previous occupant of the site (once Aumbry) Solita prioritised its dirty food offering above bar credentials. 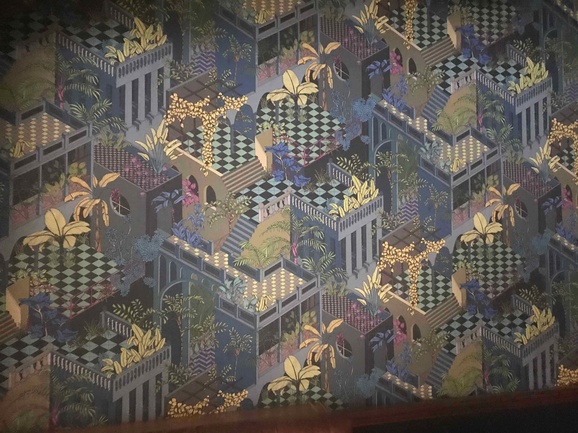 Folk has expanded into the neighbouring former hardware store and added a beer garden. Whether it will replicate the palm trees of Burton Road we’ll have to see. Prestwich doesn’t feel quite as balmy. Certainly the wallpaper in the surprisingly large inside space is exotic enough.

When ToM popped in to the hard-hat work in progress that was in place along with some Seventies retro light fittings. Before becoming a bar owner Justin was a bar/restaurant designer. West Didsbury’s The Lime Tree and Chorlton’s Lead Station are on his cv. 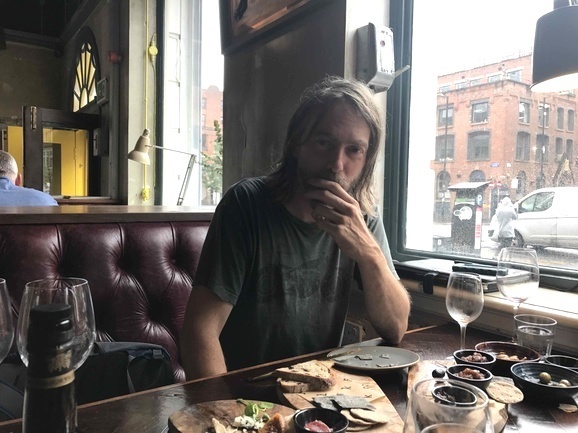 He tells us: “We’ll mix retro stuff we’ve collected with some striking modern stuff as we did at the Knutsford Wine and Wallop. This new cafe bar mixes a flavour of that with the tried and trusted Folk formula.

“We have already worked out our breakfast, brunch and lunch menu but are still exploring how to take our evening dining forward. Don’t expect the refinements of Aumbry (exalted  previous occupant of the site) but we are going to raise the bar for Folk, serving a globally-inspired cuisine. Prestwich has a busy independent scene already. That’s what attracted us.” 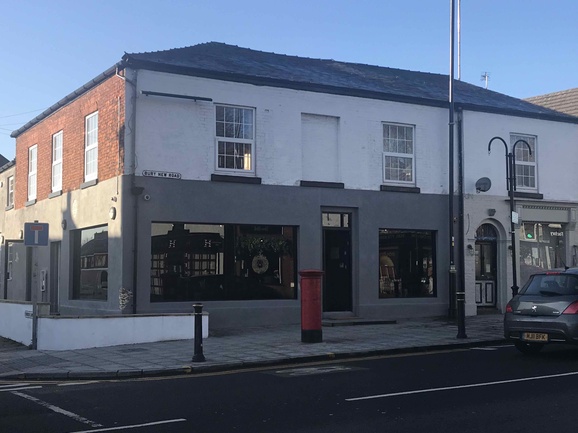 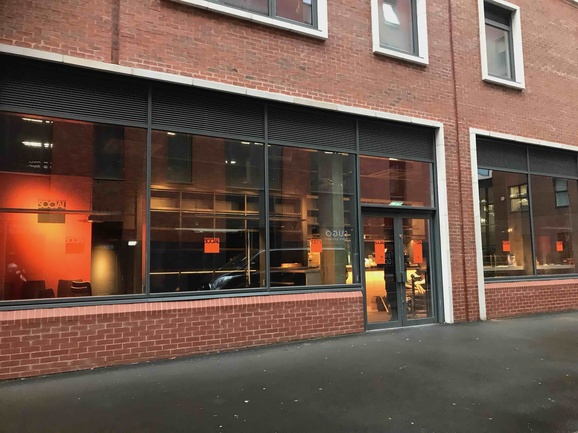 If Folk is imminent Blossom Street Social can’t be far behind….

HANGING Ditch’s foray into Ancoats has been a slow burner, but the logo for Blossom Street Social is now up in the window of the Smith’s Yard development opposite Sugo. There are ample shelves in place. Will they replicate the Ditch’s famous ‘Wall of Wine’?

If the mothership next to the Cathedral feels primarily an upmarket wine merchant where you can sit and sample the stuff on the shelves, the Social will do what it says on the label.

The name reflects their pioneering ambition to offer wine, beer, cocktails, coffee, food and music under one cool roof. Very Ancoats in its aim of neighbourhood solidarity.

HD founder Ben Stephenson aims to challenge the normal wine merchant model to create a wine retail, entertainment and social space that works from morning to night. Ben’s co-designer is his architect father Roger Stephenson, who also currently worked the Halle St Peters extension, which has opened close to the Social.

The wine list will focus on quality offerings at everyday prices as well as a selection of fine wines dispensed by the glass from a Coravin system. Alternatively there’ll also be craft keg and cocktails. Food will include deli plates from high-end food suppliers plus there will be kitchen capacity for guest caterers.