GOOEY by name, Gooey by nature. That’s the selling point of new NYC style donut and cookie operation house in Selina Hostel’s newest addition, Wilson’s Coffee. So how gooey is gooey? The claim is the mega-chocolatey cookie stay sticky inside for up to two and a half hours after coming out of the oven.

It’s the brainchild of Jake Ansbro and Patrick Brown of EATMCR and Sax Arshad of The Zanna Group. Led by head baker, Lewis Loughman, formerly of PBK and Takk, the goods will be baked fresh daily and served from a special Wilson’s Coffee window, reminiscent of those found in New York.

Alongside traditional donut fillings such as raspberry jam, chocolate custard and vanilla custard, Gooey will also see regular donut specials and collaborations, the first being a co-creation with NQ neighbours Black Milk Cereal to create the Kinder Bueno Donut, and a host of vegan doughnuts, all £3.50 each with the special for £4. Freshly baked cookies will include white chocolate, milk chocolate, dark chocolate and double choc for £3.50 each. 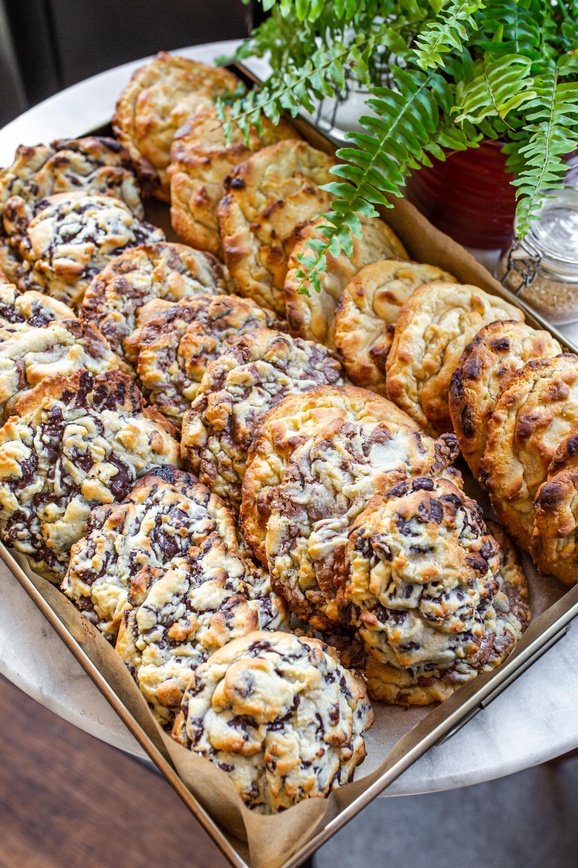