HOGG and Cockshoot. Being sticklers for tradition, that’s what we’d rename The Butcher’s Quarter, that unlikely outpost of proper butchery in a Northern Quarter bedevilled with seitan and other vegan practices.

It’s under new ownership since last November. Graeme Hogg, who as a CEO once championed affordable housing, took it on, taking advice off fellow foodie Liam Cockshoot from its previous incarnation. Now the pair have given it a new lease of life.

The original version hung around for three or so years on Tib Street, the NQ’s most eclectic thoroughfare. We’d pass it on the way to buy DIPAs at Beermoth or doughnuts at Siop Shop but it all looked more spick and span than nose to tail, not a bloodied apron in sight. Then last year it shut. 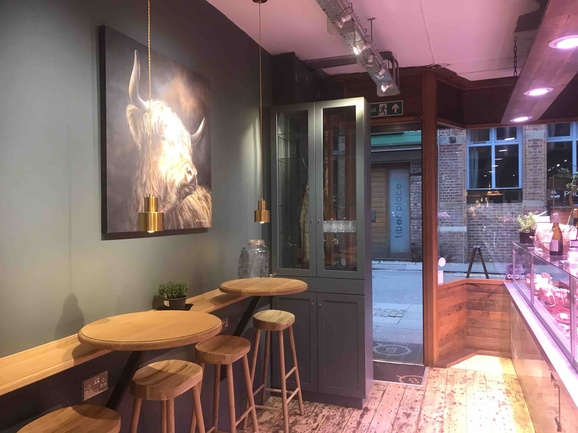 We finally ventured into this time around after hearing it was planning to offer a deli board dine-in service (with wine by the glass once a licence had been acquired). The counter and stools are in place down one wall and more importantly there’s some seriously good charcuterie and cheese in chill cabinets. 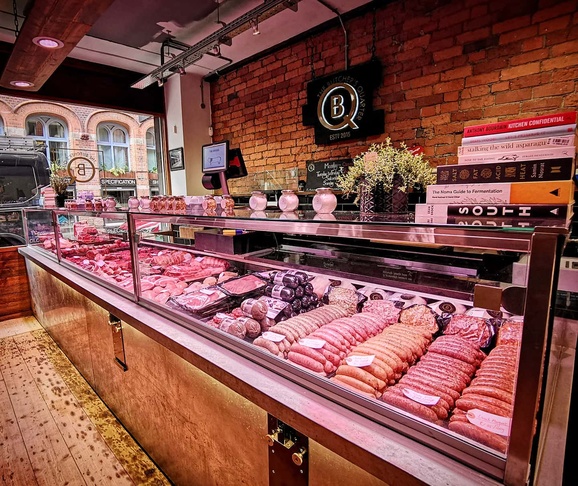 We’re taking nothing away from a comprehensive array of standard meat cuts, including excellent lamb sourced locally from J&R Holt of Great House Farm, Helmshore. It’s just that the Scottish sourced deli produce is as good as it gets.

IJ Mellis, with stores in Edinburgh, Glasgow and St Andrews has been among the UK’s finest cheesemongers for a quarter of a century. Italy’s Gorgonzola, Irish washed rind cheese Gubbeen and Suffolk’s Brie-like Baron Bigod were just three Mellis cheeses that caught our eye. 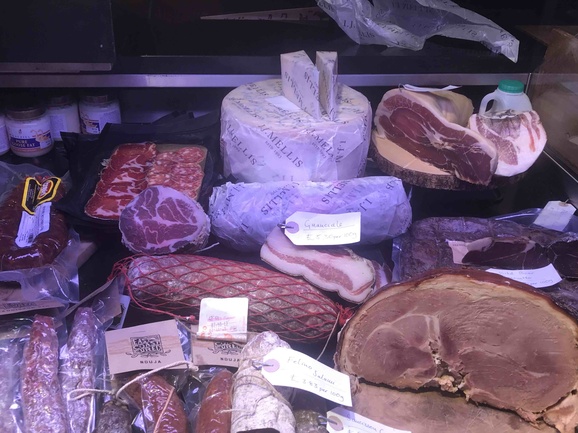 The dry cured meat selection is also sourced from Scotland. From a base in Edinburgh’s Leith dockside rookies East Coast Cured are making salamis and ndujas the equal of their continental counterparts. Grame takes his inspiration from the artisan producers he found in the backstreets of Rome. He feels no need to roam so far afield.

We can’t wait to pair a mixed platter of all these with a glass of red or white from Reserve of West Didsbury. At the moment the shop only stocks their wines for sale by the bottle. It can now accommodate up to 15 people for tasting evenings, with plans in place to offer specialist port and sherry tastings too. Boards will be priced between £10 and £20. 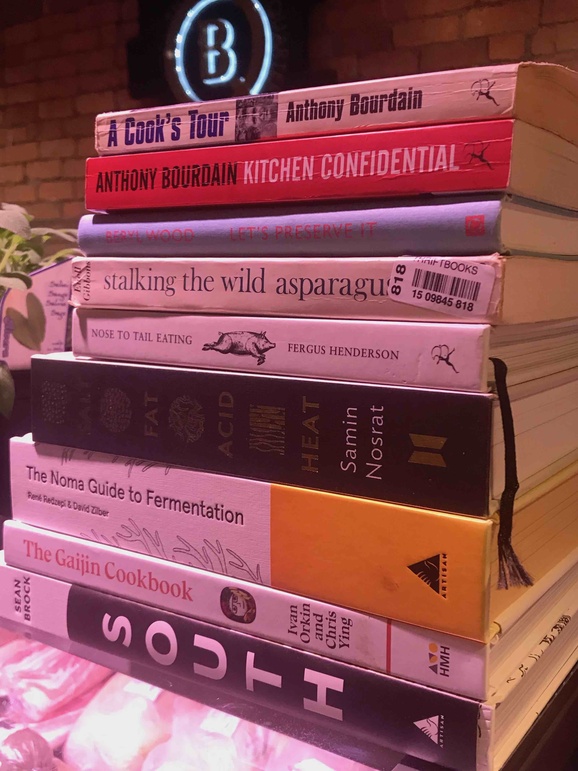 And if you fancy a spot of seriously foodie reading with your supper check out the  selection of Liam’s cool cookbooks on the counter.

The Butcher's Quarter is open Tuesday to Saturday between 8am and 7pm (8am and 6pm on Saturdays) at 66 Tib Street. 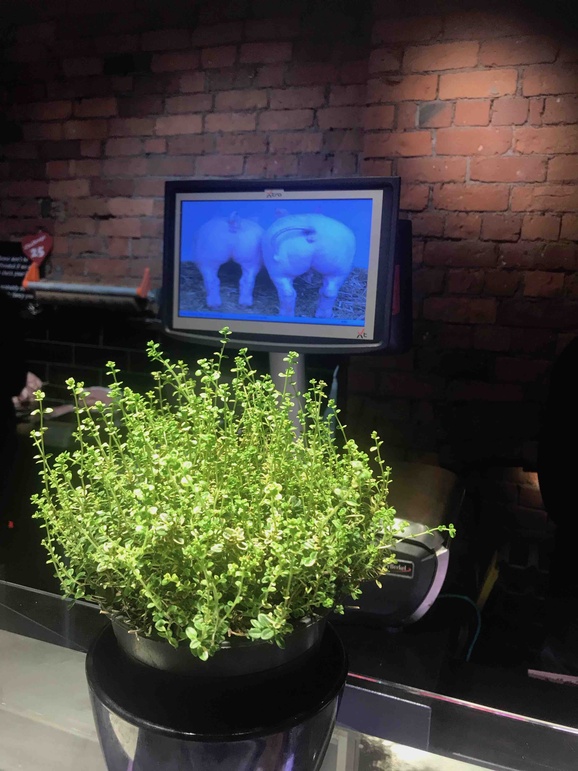