BURGERS don’t get much more rock and roll than Hard Rock Cafe’s latest – the world’s first edible 24-Karat Gold Leaf Steak Burger. It’s the headiner among 20 new food offerings launching across the globe on Friday, June 14, including at their Manchester Printworks venue.

It’s more than bling on a bun, too. A portion of all proceeds from its sale will benefit Action Against Hunger to assist in the fight against world hunger.

The new menu launch coincides with Hard Rock’s Founders’ Day as a tribute to the original legends who opened the doors to the first Hard Rock Cafe at Old Park Lane in London on June 14, 1971. Steak Burgers aren’t the only items making their debut. The menu also includes Instagrammable boozy milkshakes and sliders and shareables.

The brand’s signature Steak Burger has already collected awards ahead of its global launch, including accolades such as “Fan Favorite” at the 2019 Riverwalk Fort Lauderdale Burger Battle, “Best Burger” in the 2019 Porthole Cruise Editor-in-Chief Awards and “Ultimate Winner/Best in Miami” at the 2018 Miami Times Burgerfest.

We’d like to say it’s worth its weight in gold but Hard Rock haven’t told us the price yet.

Visit this link to check out the new menu. 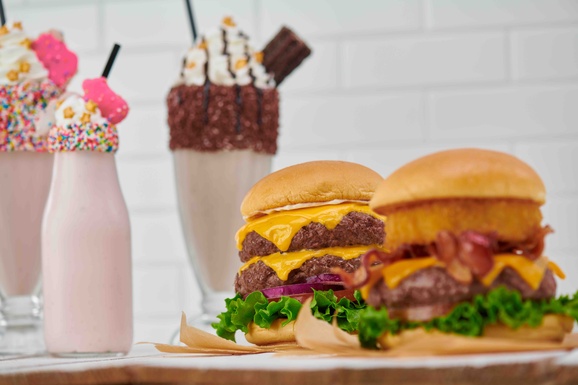