Hotpot remind you of The Stone Roses? ‘Ate Days A Week’ may be a hit with you

WELL, we’ve only just got over the pop-powered Great British Menu adventures of Adam Reid, which featured The French’s chef being driven round ‘iconic’ Manc music locations by Peter Hook with Bez in the back. Those Hacienda site flats always make ToM go all gooey-eyed.

Now we’re looking forward to a local homage to our city’s musical legacy – an ‘Ate Days A Week’ dinner at new music/food venue 33 Oldham Street on Sunday, May 26

If BB2’s annual cook-off series took its remit from the 50th anniversary of The Beatles last playing live, then the NQ bar is punning on the name of a 1964 Fab Four song, Eight Days A Week, that gave its name to a recent Ron Howard documentary about the group.

33 Oldham Street’s pop-up (sic) offers a four course set menu paired with complimentary cocktails and the songs that inspired each dish. As a nightcap, Inspiral Carpets legend Clint Boon, from XS Radio, will follow with a DJ set. 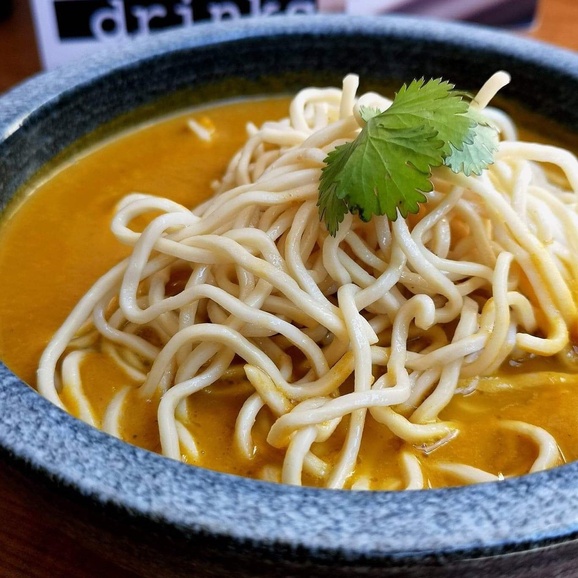 Starter is a spiced noodle soup called Stand By Me, inspired by Noel Gallager’s self-confessed lack of cooking skills, and served with a Champagne Supernova cocktail.

Clint’s enduring passion for kebabs inspires second course, This Is How It Feels, a homemade lamb kebab, accompanied by a Saturn 5 cocktail.

Less specifically the main course, I Wanna Be Adored, celebrates the classic Lancashire Hotpot with a Sally Cinnamon as the cocktail match. Any excuse to play Stone Roses.

To conclude What Difference Does It Make? It’s a twist on a Toffee Crisp, inspired by veteran vegan Johnny Marr, who who said that when The Smiths first made it they were “surviving on crisps, chocolate and Coca-Cola.” The accompanying dessert cocktail is called How Soon Is Now?