Interview with soup king Stephen Wall, the man behind Pho

“FOR the price of a bus ticket a passage to heaven.” Stephen Wall, 45, is getting all rheumy-eyed about the Hacienda. As they say. you can take the boy out of Madchester but you can’t…

Well, the boy’s back, bringing his Vietnamese soup kitchen brand, Pho, to the Corn Exchange. It’s been a long journey, via Hackney and Ho Chi Minh City, Clerkenwell, – where the first Pho was created a decade ago on a chicken wing and a prayer – and then a burgeoning number of venues (16 at the last count) to create a culinary empire based on a 12 hour cooked fragrant broth. It’s all in the stock… and the back story. 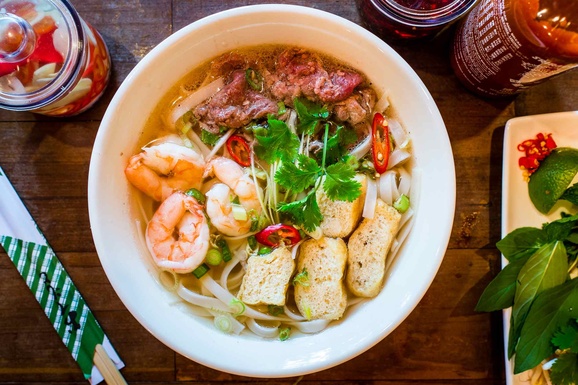 That story goes: Astley-raised Stephen and Geordie wife Juliet, London-based marketing folk travelling in Vietnam, fell in love with the food. Slurping pho bo at a legendary eaterie called Pho Quynh in Ho Chi Minh City (Saigon to those of us of a certain age), they decided there might be a gap in the market back home for this aromatic noodle soup.

“We thought surely somebody else is going to do it, let’s do it,’’ recalls Stephen.

So 10 years ago in St John Street, Clerkenwell they gave it a go on a much more modest scale. Their first Pho might well have been in our own Northern Quarter but they’d taken out a deal on a flat in Hackney and so were committed to London. Our loss till now. Foodie Jules had spent six months perfecting the slow-cooked stock base that is the bedrock of a pho (pronounced fuh). “We didn’t quite know what we were doing – it was a case of fly or die”.

How do you answer the authenticity question? You are not Vietnamese, nor are most of your staff. “We have all nationalities working for us, trained to follow carefully constructed authentic recipes using the best, freshest ingredients. Everything is made in-house at each of our restaurants, except for certain table sauces, so the stocks, which are the key to our soups may vary according to the raw materials at hand.

“It is a very distinctive cuisine, using lots of herbs and not mega spicy, full of subtleties you have to get right. If you want extra chillies they are there for you to add,” Stephen tells me as he shows me round his impressive new three floor, 240 cover Pho, a harmonious mix of distressed brick, blackened timber, and exposed pipework that is surprisingly intimate. 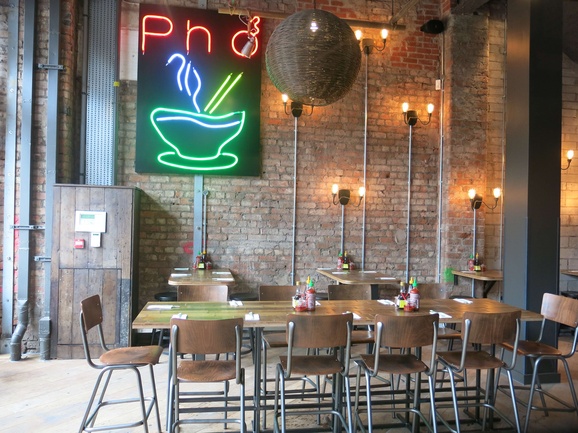 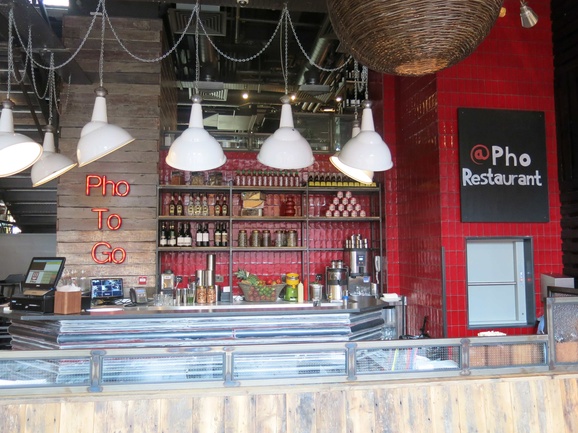 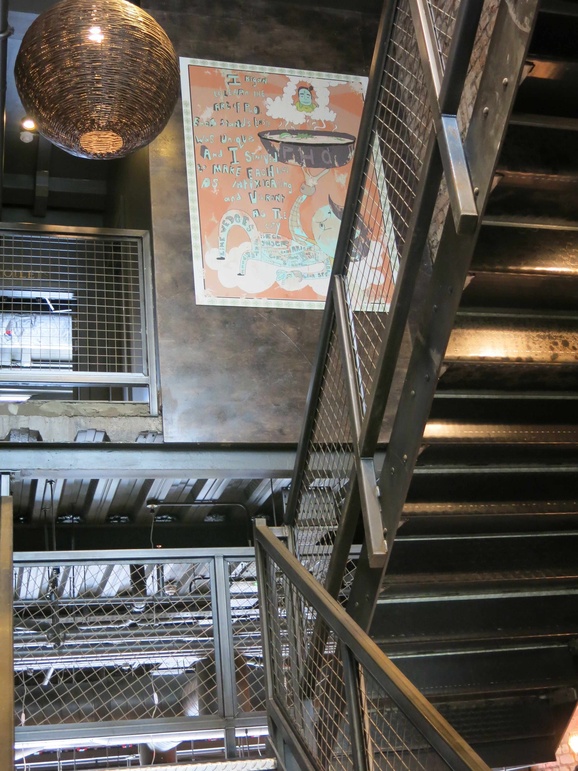 This is what Taste of Manchester likes about Pho, an attention to detail across the board – from that decor to the food offering. Soup in its many combos aside, this features spring rolls, zingy salads and delicious cocktails using a native white spirit they import exclusively. 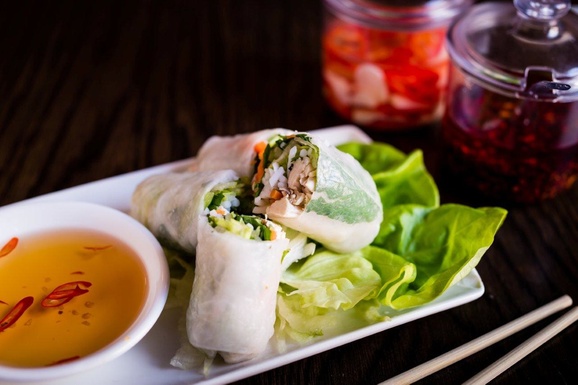 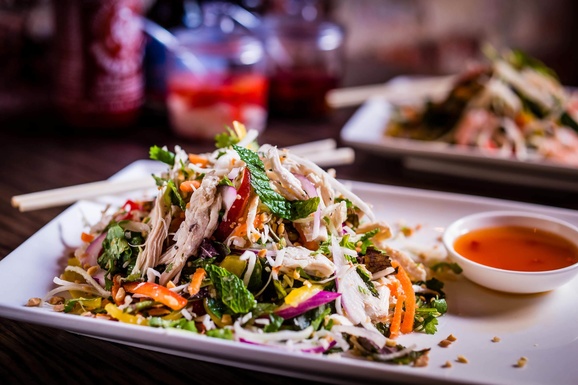 But what about banh mi? There’s no sign of the filled baguette, surely a legacy of the French occupation, which rivals pho for ubiquitous Vietnamese staple?

“We toyed with banh mi at the first ever restaurant but decided to concentrate on the soup and noodles. Recently we have again been working on recipes for it, so could well do it.”

And it’s good to be back in your home town? “Definitely. What's been happening in the city in the last few years in particular has been brilliant. It’s establishing itself as one of the hottest places in the UK. Pho had to be part of that.” 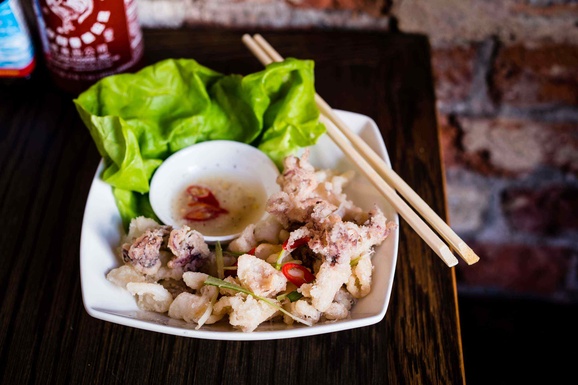 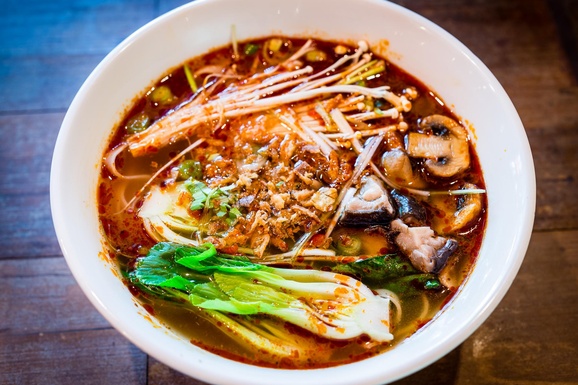 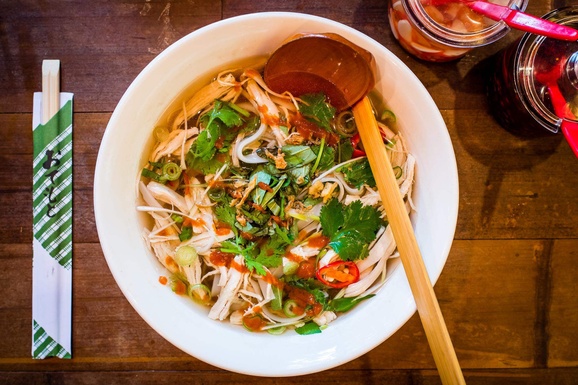 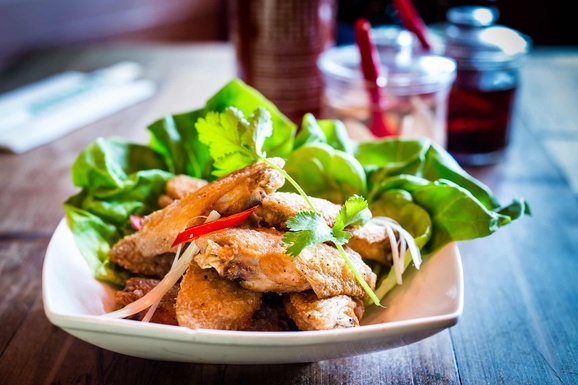 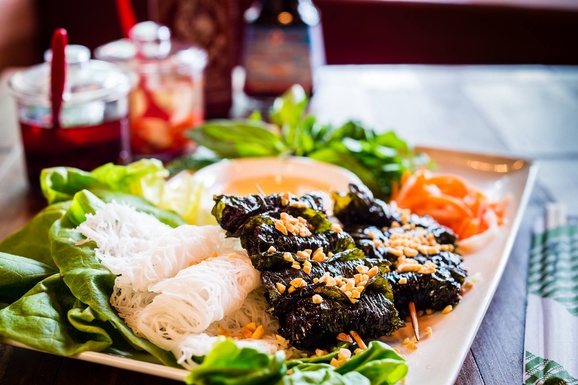 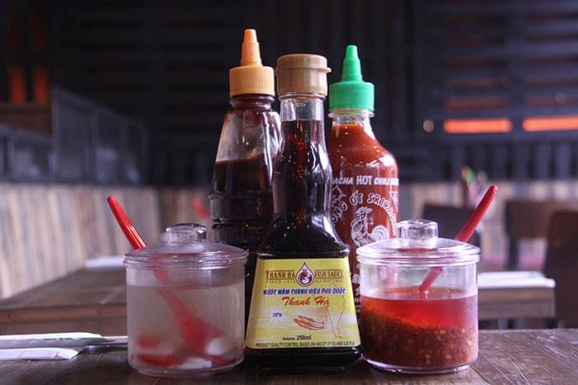 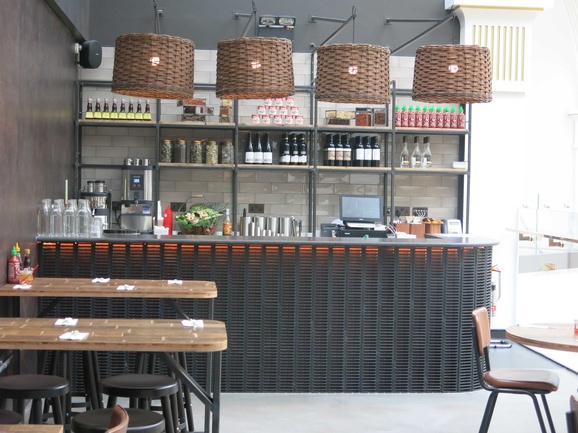 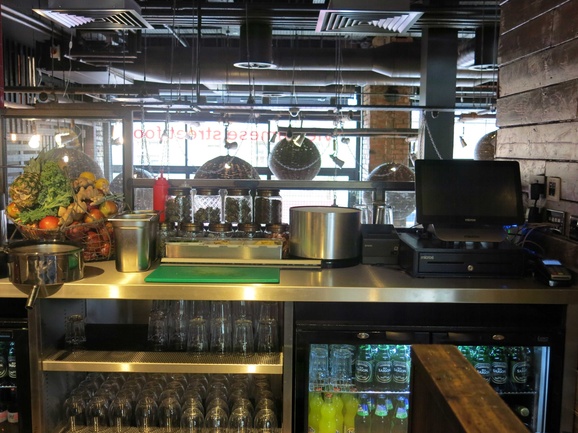