JAMIE’S Italian on King Street is one of the casualties of the celeb chef’s restaurant empire tumbling into administration. Staff allegedly turned up for work to be told it had ceased trading after a visit from insolvency specialists KPMG. The 70 plus Manchester staff are among the 1,300 nationwide whose jobs are at risk

It doesn’t come as a complete shock. Last year The Jamie Oliver Restaurant Group had already closed 12 of its 37 Jamie's Italian sites across the country after suffering a £9.9m loss in the previous financial year.

Oliver had to inject £13m of his own savings in the autumn of 2017 to stop the business, which also includes the Barbecoa chain and Fifteen London, from collapsing. It’s the latest victi of a downturn in casual high street dining along with the likes of Byron Carluccio's, Prezzo and Gaucho.

Oliver said: “I am deeply saddened by this outcome and would like to thank all of the staff and our suppliers who have put their hearts and souls into this business for over a decade. I appreciate how difficult this is for everyone affected.

“I would also like to thank all the customers who have enjoyed and supported us over the last decade, it’s been a real pleasure serving you. We launched Jamie’s Italian in 2008 with the intention of positively disrupting mid-market dining in the UK high street, with great value and much higher quality ingredients, best in class animal welfare standards and an amazing team who shared my passion for great food and service. And we did exactly that.”

Standards, though, have undoubtedly fallen and damaged brand loyalty. Interesting to see, if as happened with Gaucho, a rescue can be found. It’s an amazing space that shouldn’t go to waste. Last night, shuttered up, it looked forlorn. 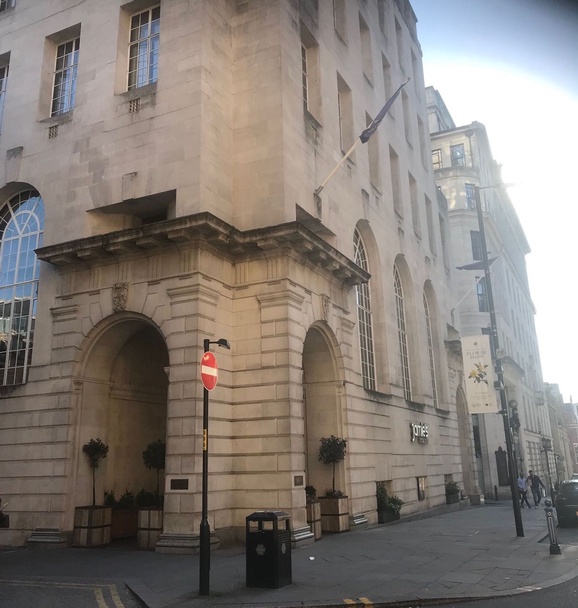