This year it manifests itself as Albert’s Supper Klub, taking advantage of that corner of the vast hall they call The Study, complete with grand fireplace, luxuriant foliage and curtains to closet the Klubbers away from the partying masses.

Your hosts for this frivolous private evening might be Prince Albert himself or Queen Victoria, serving up to 20 seated guests “intricate Alpine gastronomy or small plates of rustic and simple Bavarian-inspired dishes”. 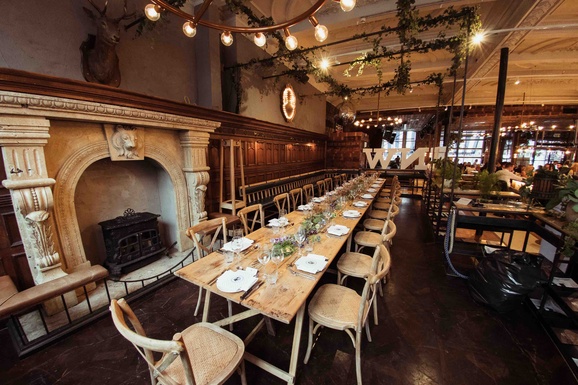 The Supper Klub takes its inspiration from 18th century Central Euroean secret societies, such as the Illuminati, who got up to all kinds of nefarious rituals behind closed doors. ToM might book this private dining space for this year’s Christmas do. Now where did we put the cravats and monocles? 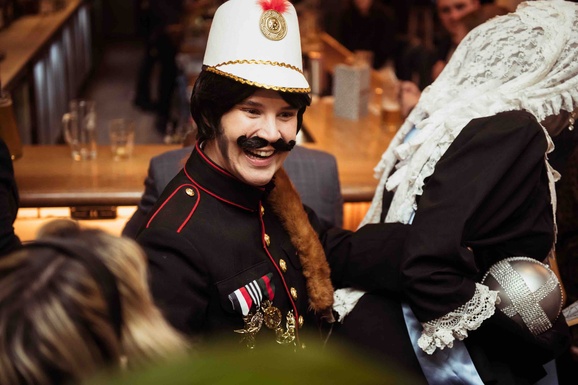 Bookings are now being taken for Albert’s Supper Klub, seeing exclusive private use of The Study, Bavarian feast and entertainment all part of the package. Suitable for groups of 15 or more. For more information visit their website or contact neil@alberthallmanchester.com

COMING SOON – ENTERTAINMENT FOR THE WINTERMARCHEN

Seven days of entertainment is returning to Albert’s Schloss with a spectacular line-up each day of the week from Kunst Kabaret on Tuesdays to Wunderland (Friday) and the spectacular Haus Boheme (Saturday). Fuelling all this frivolity – a whole Alpine lake of beer. The Schloss has sold well over 100,000 pints of their own Manchester Rein, since launching this Manchester Pilsner in May. And those figures were before last weekend’s Oktoberfest.