One of the UK’s largest hospitality trade shows, it prides itself on showcasing some of the industry’s leading chefs alongside up and coming names in its Chef Live theatre, and 2020 represents one of its most exciting line-ups yet.

Simon will be doing his first industry demo at NRB20 after winning a Michelin star last year, the first in Manchester since 1977. Mana opened in 2018 in Ancoats.

Joining him are a trio of other chefs from Michelin starred establishments – Paul Leonard who recently took over at The Forest Side in Grasmere, Ryan Blackburn from The Old Stamp House in Ambleside, and Tommy Banks (below) from The Black Swan in Oldstead and Roots in York. 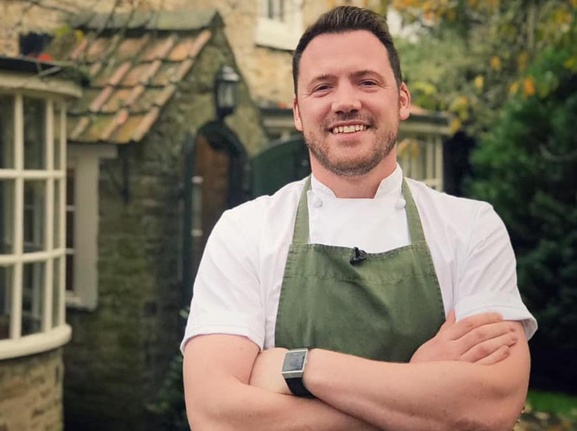 Also on the roster are two chefs on a fast track to the very top, with outstanding reviews from national critics – Mark Owens from HOME and The Owl in Leeds, and Swedish chef Alex Nietosvouri from Restaurant Hjem in Hexham.

NRB CEO Thom Hetherington told us: “We continually scour the region looking for talented individuals to inspire our visitors at NRB. Both Mark and Alex have had esteemed careers, but it feels like they are really establishing their own voice and vision with their cooking.”

Alo on the bill is Ben Tish, Culinary Director of The Stafford in London. Ben will be demonstrating dishes from recently opened Norma, which is a Sicilian-Moorish influenced restaurant in Fitzrovia.

Back on the Chef Live stage too is Aiden Byrne who has just announced that he is taking over the historic Black Friar pub in Salford. After a £2m transformation, it is set to open in late summer 2020.

Brian Mellor will once again be hosting the demos, choosing two people from the audience for each demo to join him at the Chef’s Table to see the chef working up close and taste the finished dishes.

2020 is the 20th edition of Northern Restaurant & Bar, providing an opportunity for leading operators, suppliers and industry figures to meet, speak and do business. Free trade only tickets are available on the website.