Mash Tun opens with a mix of music, beer, mash and bangers

SAUSAGES are surely a safe bet? No matter that The Splendid Sausage Company only lasted two years on John Dalton Street (where My Thai is now) and telly chef James Tanner has just announced through social media his gourmet sausage restaurant in London’s Islington is to shut this weekend after just TWO MONTHS?

So maybe Mash Tun’s launch this Friday (May 3) might be a more daring move than you’d think, especially in the space off King Street that lay empty for years after Raymond Blanc pulled out and latterly saw the demise of Grafene.

The Roden family have relocated that ambitious fine dining brand to their Derbyshire hotel, Losehill House, but retain a stake in Mash Tun – which hasn’t put all its sausages in one basket. Completely revamped to ‘street casual, its selling point is a holy trinity of bangers, mash and craft beer. Hence that punny name.  Think NQ in the heart of the city. 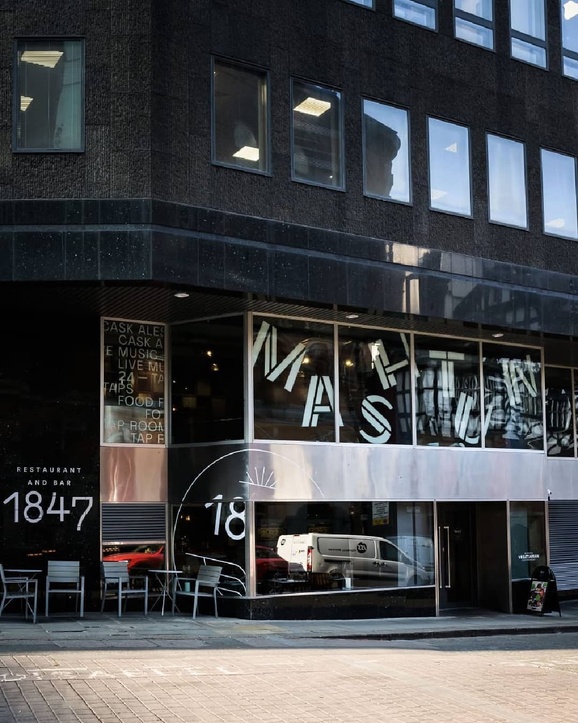 A key selling point – Mash Tun is promoting itself as a live music venue with high quality gastropub food and beer from 24 taps across a lengthy pewter bar featuring a glass fronted cellar.

Head chef is Nick Moore, who trained at London Michelin-starred restaurants Texture and Richard Corrigan Mayfair. Mains will cost between £10 and £18.50, with a separate lunch menu aimed at office workers. Expect there to be a choice of 10 different sausage dishes and ten interpretations of mashed potato, all given a culinary spin.

All this is fulfilling a long-held dream of business partners Adam Regan and Scott Martin. Regan is ex-head chef of the Ivy Dublin and held senior roles in the Gordon Ramsay empire, while brewer Martin brings a passion for real ale and cutting edge keg.