SWAN Street has always been Ugly Duckling Street, four lanes of fume-belching vehicles, making it a difficult dash cross from a Belgian beer in Bar Fringe to a gig at Band On The Wall. Then on that south NQ side came Mackie Mayor, Blackjack Brewery’s craft/cask upgrade of the Smithfield Tavern, followed more recently by the transformation of its neighbour, The Burton Arms, into music pub, The Rose & Monkey.

Across the the road the arrival of the excellent Ciaooo Pizzeria and colourful Seventies retro bar Sammy’s have added a further fillip. Now a major reason to recommend the rising Swan – The Quick Brown Fox, on the corner with Oldham Road. 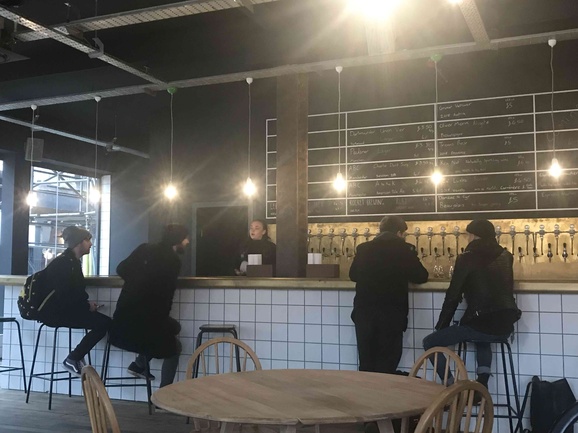 Yes, it has finally arrived after two years’ regular recces of this former bookie's revealed scant progress. Multiple setbacks, including a flood stymied owner Joe Fearnhead’s plan to be the first bar in the city offering wine on tap – natural at that.

The name offers a clue to the team behind the project. It contains all the letters of the alphabet – the ‘pangram’ used to test all the type on a keyboard. Joe’s brewery is Alphabet, while his other bar, Ply, makes for a decent Scrabble score. 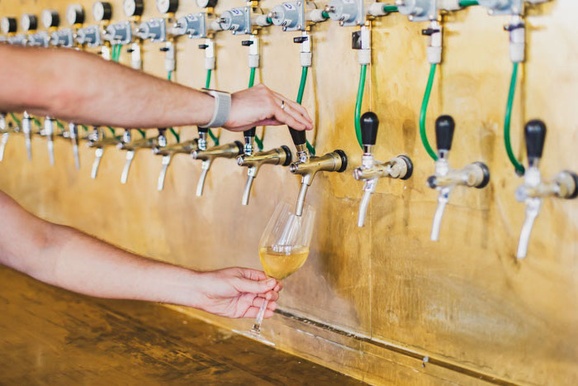 Alphabet’s finest will, of course, feature heavily among the 12 rotating beer pours (Barcelona’s Garage brewery was once mooted, too, during that long gestation period), but it is that wine offering that sets it out from the crowd. There are six natural or low intervention wines and Prosecco on tap. Alongside 20 bottles of wine seasonally selected in collab with ToM London fave Noble Rot (wine bar/restaurant with its own clever mag on all things grape). 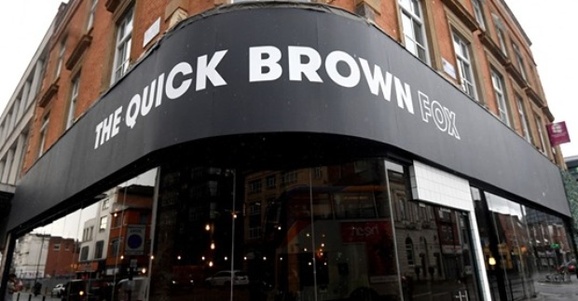 Factor in six cocktails, including a white Negroni, curated by general manager Daniel Smith, formerly of one-time Ply stablemate Kosmonaut and The Liars Club, and you sense the ambition. An ambition equal to Wilderness Bar + Kitchen over on Thomas Street. This is Manchester catching up with London.

Like Wilderness the interior is laid-back smart. There are hanging plants and large potted cacti with a choice of low leather sofas,, round wooden tables and cosy green booths. Cheese and wine nights are promised until casual food plans are finalised.