Pizza Rivoluzione – Blanchflower makes a stand against the Neapolitan hordes

IT’S hard to imagine craving pizza in Altrincham and not having your urge satisfied by either Tre Ciccio on Moss Lane or Honest Crust in the Market House. Now Blanchflower, located barely a heartbeat away from the latter, is muscling in on the topped dough game.

They call their new summer pop-up pizza offering Pizza Rivoluzione and it will take over the restaurant on Friday and Saturday evenings from May 10 to September 21, 6pm-10pm.

Where Blanchflower, built around its own bakery, differs from local rivals is its switch away from wood-fired Neapolitan-style pizza to a crisper Roman style  of foccaccia pizza and Pizza Romana, all priced around a tenner. (There’ll also be a selection of appetisers and desserts.)

Focaccia pizza is found all over Italy; in Rome’s Pizza al taglio, in Genoa where focaccia generally is king, and in Palermo’s sfincione. Pizza Rivoluzione’s version is made with organic flour and has a final prove in its tray before being baked, creating a crisp exterior and a fluffy light interior. 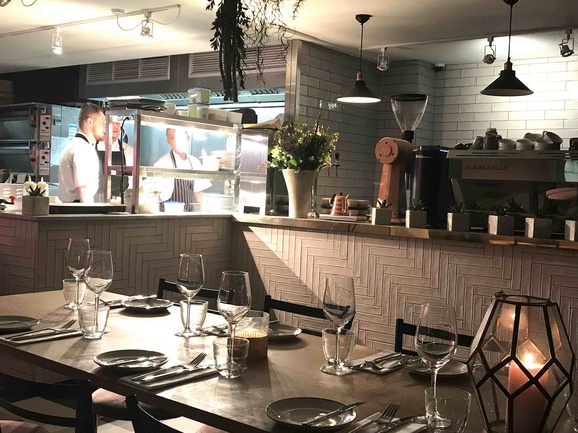 The second style of pizza being served is Romana, baked initially in a pan before a final couple of the minutes on the stone. This pizza is very thin and crispy, with Pizza Rivoluzione’s version 100% organic sourdough with a mix of white, wholemeal and rye flours. Romana toppings are pushed right to the edge (unlike Neapolitan pizza).

Blanchflower owner Phil Howells told us: “Over the years we’ve become tired of floppy pizza and were reminded of the variations we found when visiting Italy, so we decided to import some of that for a summer pop-up.

“Mark my words, the dictatorial rule of Neapolitan pizza is coming to an end. A good place to start is to move on from the wood oven, because they are really limiting. A cult has grown up around them in the UK so literally everyone gets one to show how serious they are about pizza. It’s a myth.

“Pizza Rivoluzione will be housed within Blanchflower. We will close at 5pm, we’ll change the décor and reopen with a different ambience at 6pm. It’s pizza but not the pizza you get everywhere else.”

Here's our Taste Top 10 Pizzas. Do you agree with our list. Would you prefer crispier pizzas (or even a deep pan or two)? Let us know.