EL Gato Negro, such a huge success in Manchester, is to open a second branch in Liverpool later this summer. The restaurant will be based in Exchange Flags at the heart of the city, occupying what was The Vincent Cafe and Cocktail Bar.

The Vincent, co-owned by football legend Steven Gerrard, closed in April for ‘a major rebrand’. Aiden Byrne, chef patron of restaurant Mcr, was widely expected to take over the site but he and his associates pulled out.

Now it is to host the award-winning El Gato formula created by chef Simon Shaw (above) in Ripponden before transferring to King Street, Manchester in 2016 – seasonally influenced tapas dishes, using the highest quality of ingredients.

The Liverpool move will follow the arrival of another recent Manchester success story. Indian street food and craft beer restaurant Bundobust is set to open in Bold Street on Friday, May 24.

El Gato Negro, has garnered a plethora of awards including a Michelin Bib Gourmand for three years running and an AA rosette. Exchange Flags looks a fine fit – a landmark with Neoclassical and modern features, drawing in locals for after-work drinks and dining. Simon Shaw told us: “I am really looking forward to opening a second El Gato Negro restaurant. Liverpool’s an incredible city and I love the community spirit and vibe there.The restaurant has been so popular in Manchester that it only seemed right to bring the venue to a second city in the North and Liverpool seemed like the perfect fit.”

Following El Gato’s success Simon opened the Portuguese-influenced Canto in Ancoats. A third Manchester project, a Levantine-themed restaurant in the former Panama Hatty’s site on Brown’ Street is in the pipeline but with no scheduled opening date. 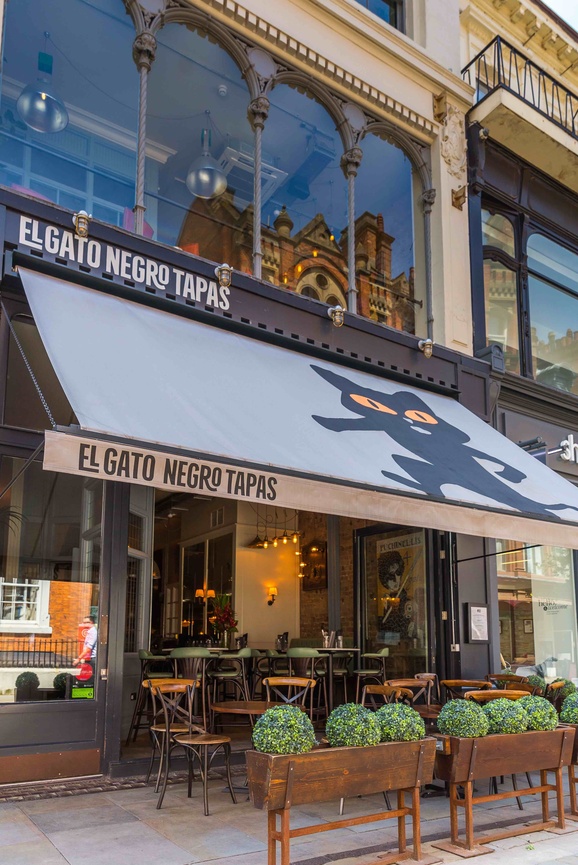