Requiem for The Three Fishes – it set the country gastropub template

WE make no apologies for straying out of town occasionally, north to the fertile grazing grounds of the Ribble Valley. Inevitably we are drawn to three foodie pubs, all of which have been showered with plaudits – The Parkers Arms at Newton-In-Bowland, the White Swan at Fence on the fringes of Pendle, which won a Michelin star last year, and the Freemasons at Wiswell, whose lack of a star is a mystery up there with Shergar and Lord Lucan.

Turn back the clock 15 years and the only gastronomic focus in those parts was on two rival restaurant chefs – Paul Heathcote at Longridge, who had just regained his second star, and Nigel Haworth at one-starred Northcote Manor. 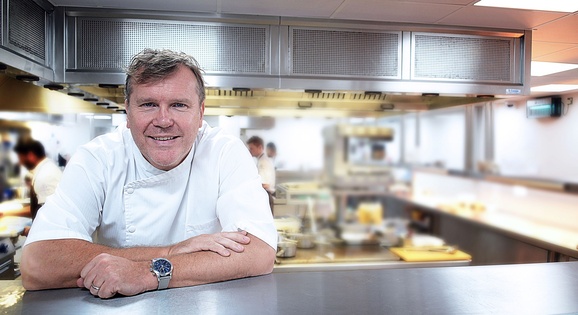 In that year, 2004 Nigel (above) had the foresight to look beyond fine dining and to take his passion for regional sourcing and traditional dishes to the people. He opened The Three Fishes.

The first of what became the Ribble Valley Inns chain was a revelation. A bright open plan interior with arty black and white images of the North West producers who supplied it.

It was Paul Heathcote, who inspired Reg Johnson to corn-feed Goosnargh chickens – and the rest is poultry history – but from Mrs Kirkham’s Lancashire to previously unsung fish and veg suppliers The Three Fishes was the Ultimate Temple to the good things of Ribble and beyond.

These sometimes conquered a wider audience. When Nigel won Great British Menu with his sophisticated take on Lancashire hotpot, using local heritage lonk lamb, it was soon taking centre stage on the Three Fishes menu… and probably at the four other gastropubs it spawned across the region. We can’t be certain. After a while we got just a bit bored with the concept, sought out pubs with a less regimented menu and better beer (White Swan the perfect example).

In the middle ground rival chains jostled for our attention – notably Jocelyn Neve’s Seafood Pub Company, while Brunning and Price peddled a slick Farrow & Ball hued brand across Cheshire. It was the latter who bought four of the Ribble Valley Inns less than a year ago.

This week the Chester-based group closed down The Three Fishes. It shut its doors for the last time at 11pm on Bank Holiday Monday. It’s now on the market.

Brunning and Price MD Mary Willcock said: “After a period of review and some serious consideration we have taken the difficult decision to close the Three Fishes in Mitton on Tuesday, May 7.

“Brunning and Price took over the collection of Ribble Valley Inns pubs in May of last year and have successfully refurbished and relaunched the The Highwayman, Kirkby Lonsdale, The Clog and Billycock, Blackburn, and The Bull at Broughton.

“Sadly, the decision has been made to close the Three Fishes and consider our options due to its close proximity to the successful Aspinall Arms, which is just a stone’s throw away in the same village.” 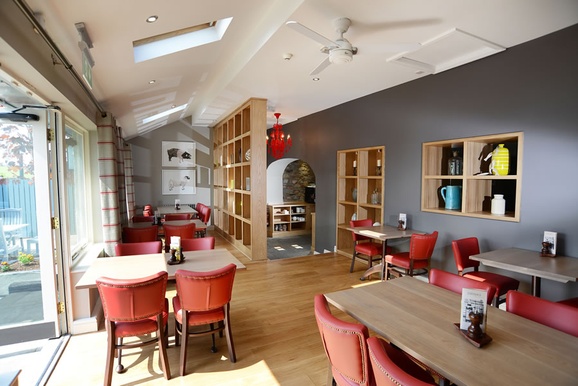 So it’s a gastropub eat gastropub world out there. We do remember the fifth Ribble Valley Inns establishment (not part of the Brunning & Price deal), which sprang up ironically in Cheshire.

The Nag’s Head at Haughton was fierce competition for the Yew Tree less than two miles away. Run by an enthusiastic young couple, in 2017 that quirky, real pub won an AA Rosette and made the Estrella damm 50 Top Gastropubs, but that couldn’t save it from closure. It has since re-opened as part of the corporate Chester Race Course Group and is winning accolades again.

Maybe The Three Fishes will be reborn, too, not as country apartments but as a quality watering hole again. Just don’t expect the same quality of hotpot.