THE day after Halloween and its high jinks was over the serious season of StreetSmart got underway, aimed at helping the homeless this Christmas.

It was fitting that the November 1 local launch for this UK-wide campaign was at Albert’s Shed, Castlefield. The Albert’s restaurant group – which includes Duke’s 92 – only joined last year but managed to to raise a massive £15,000 out of the Manchester area’s total of £33,400, with the main beneficiary being Andy Burnham's A Bed Every Night.

The Greater Manchester Mayor joined Albert’s owner Jim Ramsbottom, Tmpop owner David Fox and Callum Stretton, manager of The Refuge to announce the list of venues that have signed up so far. 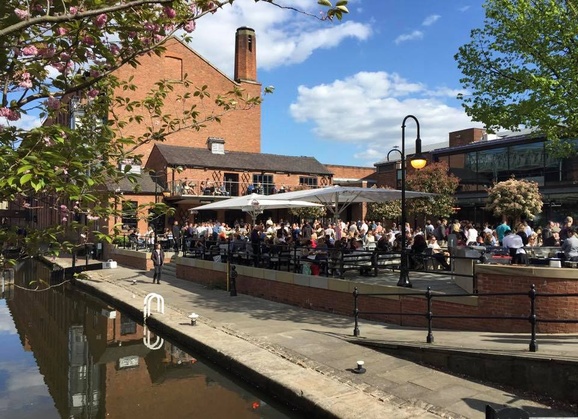 StreetSmart works by participating restaurants adding £1 to all customers’ bills throughout November and December. This is a voluntary contribution, and the amount is the same no matter how big the dining party. The money raised is collected in January and is distributed among organisations working to end rough sleeping and homelessness across the region such as The Booth Centre, Barnubus and The Wellspring (via A Bed Every Night).

These organisations are focused on helping individuals break the cycle, regain their dignity and rebuild their lives via positive action, as well as providing crisis and emergency shelter and food.

Jim Ramsbottom told us: “2018 was the first year our customers supported StreetSmart. For them to raise such a great amount of cash brought home how effective the campaign is and how generous they are. The partnership between StreetSmart and A Bed Every Night means that we know the money is going directly to help local people and will have a real impact on our city.” 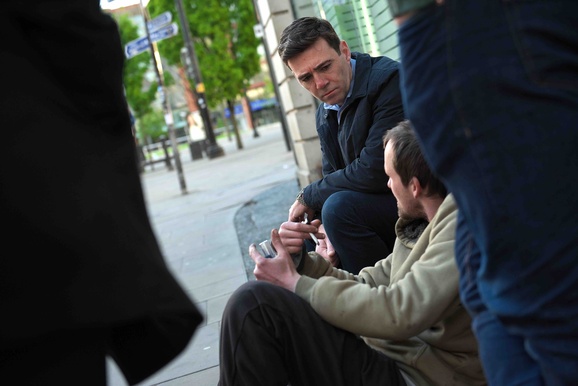 For the third year running, StreetSmart is working with Andy Burnham (above), supporting his pledge to end the need for rough sleeping in Manchester by 2020. Streetsmart funds will benefit The Mayor’s Bed Every Night campaign providing accommodation and support to Greater Manchester’s rough sleeping population every night of the forthcoming winter. For more information and to donate visit www.bedeverynight.co.uk “

Burnham told us: “I want to praise those people and businesses who have already raised thousands for A Bed Every Night. So far the scheme, which launched just 12 months ago, has helped more than 2,200 people from Greater Manchester’s streets and into warm and safe emergency accommodation.

“I know the people of Greater Manchester are compassionate – we are not the sort who walk on by. This winter we will have 400 A Bed Every Night places spread across all our 10 boroughs and we’re aiming to have enough availability for every person who wants and needs the support. Nowhere else in the country is doing so much for society’s most vulnerable.”

GET INVOLVED! Restaurants can still sign up to the campaign. Email Siobhan@siobhanhanley.com.