Rosa’s Thai Cafe is coming to Manchester – what can we expect?

ANY Jack the Ripper Tour worth its gore takes a turn down London’s Hanbury Street. In 1888 the body of Annie Chapman, believed to be the sadistic killer’s second victim, was discovered in the backyard of No.29.

No.12, where we are dipping pumpkin crackers in satay sauce ahead of a quite splendid Thai lunch spread, remembers a much gentler slice of East End History. A blue plaque marks it as the birthplace, just eight years later, of Bud Flanagan, the ‘Crazy Gang’ vaudeville veteran best known now for singing Dad’s Army theme tune ‘Who do you think you are kidding, Mr Hitler?’. 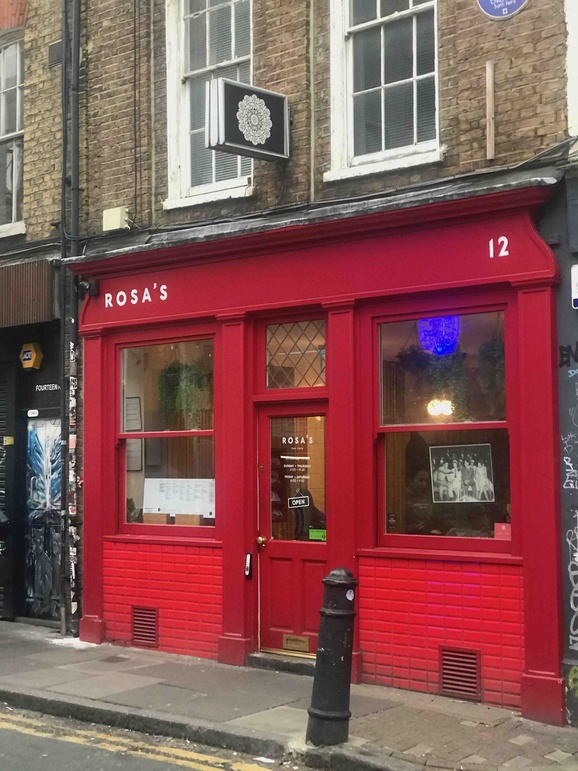 Bud’s family were Jewish. If nearby Brick Lane is now more synonymous with Bengali cafes and, increasingly, hipster hang-outs it was once built on bagels. Our Thai lunch spot near Spitalfields Market was home for 40 years to a greasy spoon, run by another wave of emigres, Italians.

It kept the name of its mamma matriarch Rosa when it reopened as Rosa’s Thai Cafe in 2008 because new owner, Saiphin Moore, felt it was a good fit. So too is the postbox red facade of the cosy venue.

“Rosa herself, in her eighties, came to give it her blessing after her son discovered we’d kept the name,” Saiphin tells us as she introduces our party to the delight of deep-fried banana blossom. 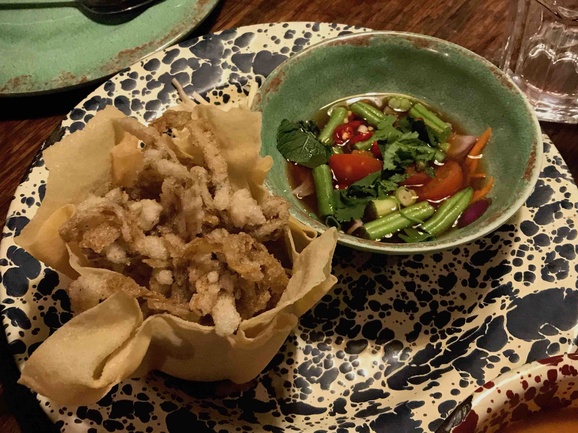 It’s a first for all of us on this trip to London and it’s not the only immaculately sourced, authentic dish that will make the transition to Manchester when our own Rosa’s Thai Cafe opens in the old Courthouse, Deansgate (in the former Hand Made Burger Co site, next door to Hawksmoor). Predicted launch is late February.

Rustic roots govern everything Saiphin puts on a plate. Sixteen subsequent cafes in the capital plus 2019 openings in Liverpool and Leeds haven’t diluted that culinary devotion to her homeland. Even if the name Rosa is the one she frequently has to answer to!

She grew up on a mountain farm in Khao Kho, northern Thailand, before moving to Hong Kong at 20 where she opened her own in-store noodle shop. 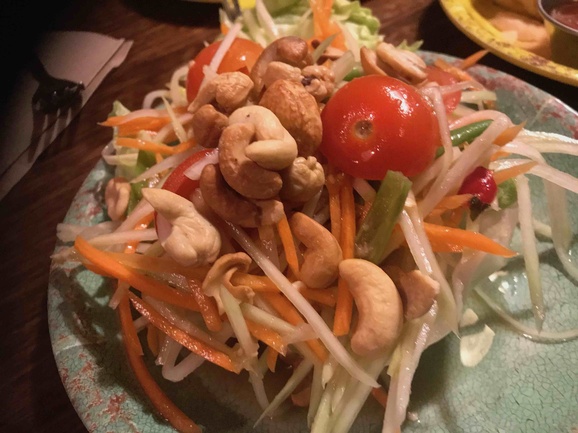 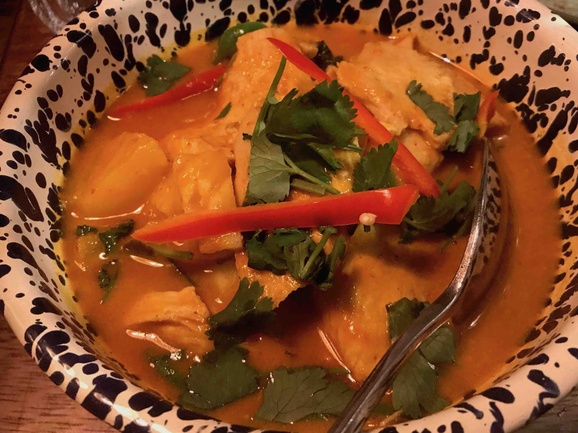 In 2006, after 18 years in Hong Kong, Saiphin and her husband and business partner Alex sold the restaurant and moved to London. They started a market stall on Brick Lane in East London and in 2008, Saiphin and Alex found that Spitalfields site for their first permanent restaurant, and so the seeds of the Rosa’s Thai Cafe chain were sown.

Ebullient Saiphin can still be found cooking in the kitchens of the restaurants and maintains personal relationships with the farmers in Thailand who supply Rosa’s, continually returning to search for new ingredients to incorporate into the menu. 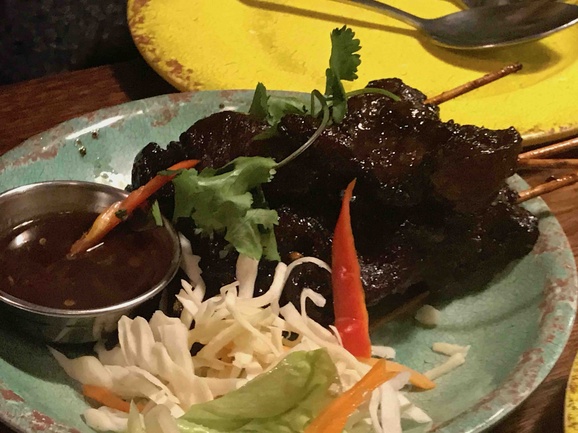 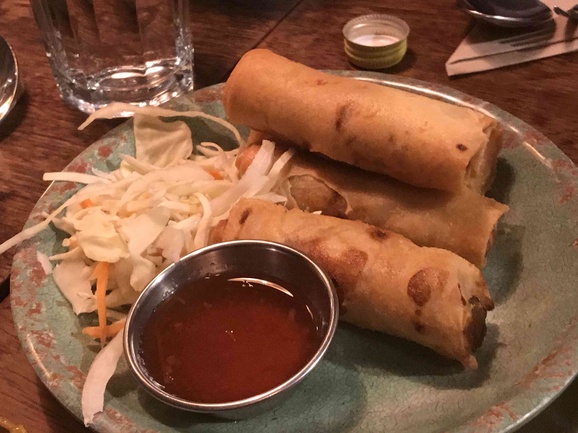 Signature dishes include red butternut curry with sweet basil and drunken noodles with galangal, but even a familiar green chicken curry is an aromatic world away from tired factory takes you endure in pubs. Check out the menu here. 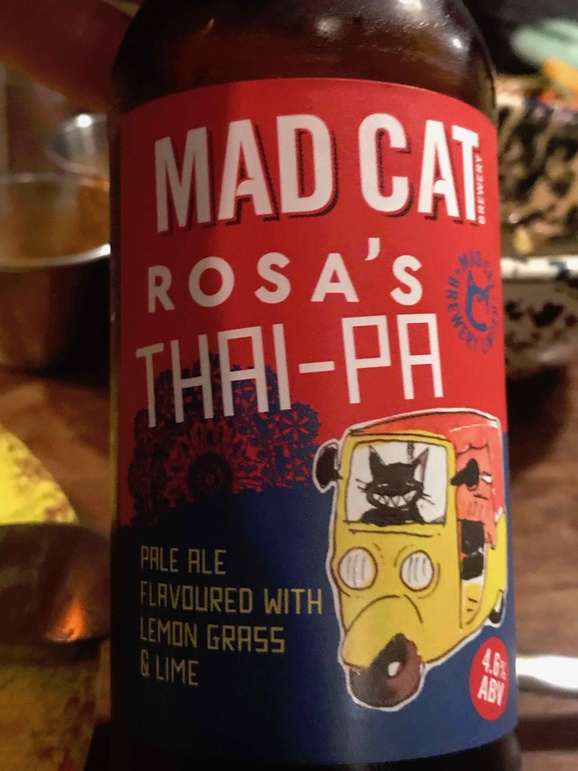 Ah, yes, beer. There is imported Chang lager but more fun is ‘Rosa's Thai PA’, brewed for them by Kent’ Mad Cat brewery and infused with lemongrass and lime sourced directly from Thailand.

The recent demise of Chaophraya in Chapel Walks left a gap in the Manchester Thai market. Rosa’s Thai Cafe is a decidedly superior replacement but will we, like the original, get a picture of the King meets the King (Thailand and Elvis) in the window? 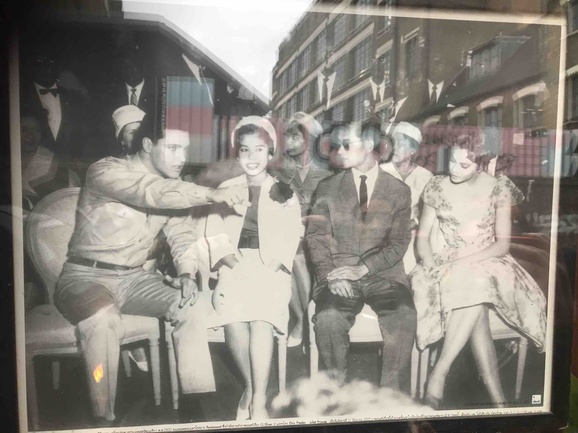