Spring awakening! Vibrant veg and a redfish with attitude at Iberica

LOOK at this sea monster on a plate. Our recent introduction to the new spring menu at Iberica was flagged up as championing verduras (veg) an essential component of rustic Asturian cuisine, which reaches its fine dining apogee at two Michelin-starred Casa Marcial, flagship of exec chef Nacho Manzano. 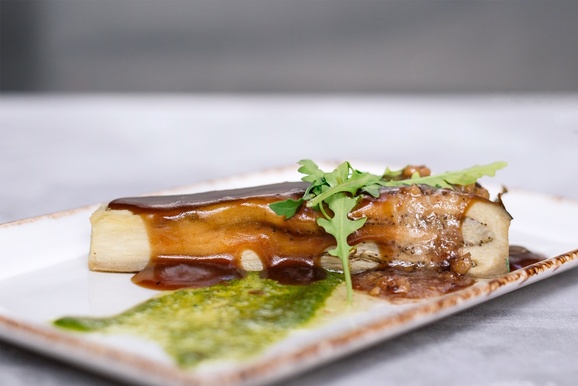 We didn’t expect a hands-on tussle with a whole Cabrarocca redfish. Caught in Spain’s Cantabrian Sea, it was fried in crispy batter – head, tail, fins and stern expression. After which it was a case of tearing into it with bare hands and avoiding the lattice of fine bones. So a first but it was in desperate need of a sauce on the side.

It’s a signature dish from Nacho’s two more casual Gloria restaurants in Gijon and Oviedo, perhaps mirroring the approach of Iberica in the UK. 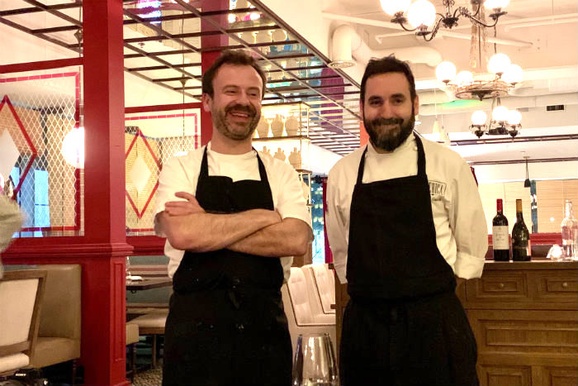 Nacho himself (pictured above with Spinningfields head chef Cesar Garcia) flew over from his native North East Spain to Manchester to launch the new spring menu with green credentials – a conscious decision as the Iberica brand enter its second decade. 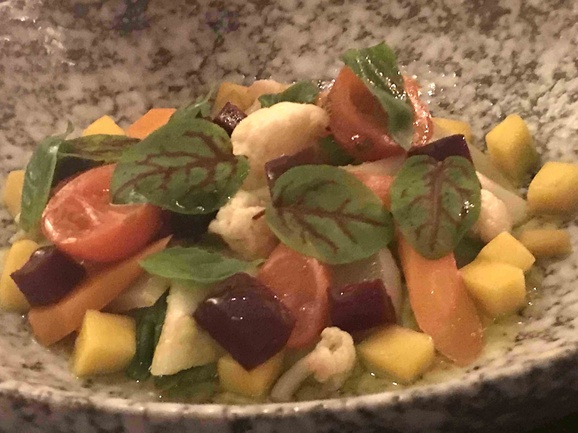 Deceptively simple, a dish of fresh tomato, sun-dried tomato, capers, avocado, seaweed, tomato water and basil oil emulsion was like a vernal overture. A piquant dish of seasonal pickled veg continued the theme, ditto roasted leeks with a leek oil made with the green part and a horseradish and almond emulsion. 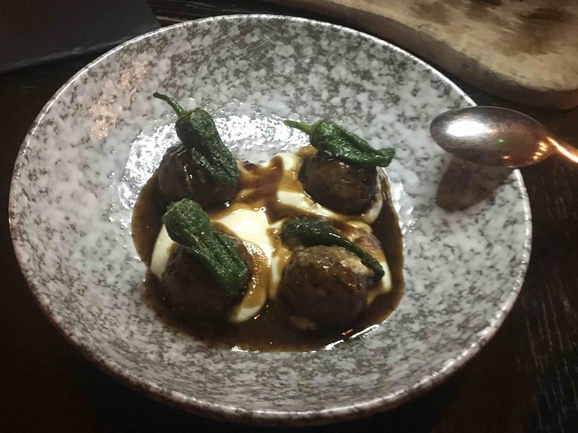 But grilled aubergine steak glazed with an eight-hour veg stock, served with walnuts and rocket cress, muddied the palate with its cloying umami and meatballs in a Manchego sauce suffered from its beef jus being over-reduced. 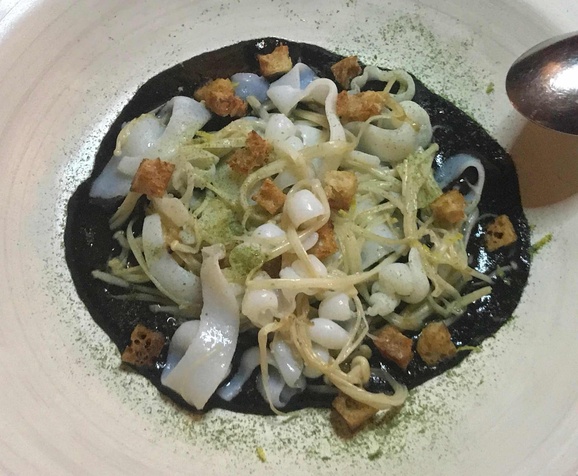 The dish that impressed the most is one of the must haves at Casa Marcial. We couldn’t get enough of sauteed enoki mushrooms in cuttlefish and squid ink sauce. Forest meets sea – exquisite.

The evening’s wine matches were impeccable. Iberica’s list is a fascinating tour around Spain’s regions and each month they focus on one for a tasting. It’s Murcia’s turn on Wedneday, March 4 at 6pm. Tickets cost £15 per person and include the sampling of four  wines (at 50ml measures) paired with bite size pinchos influenced by the culture of this mountainous eastern corner of the country. For full details and to book visit this link. 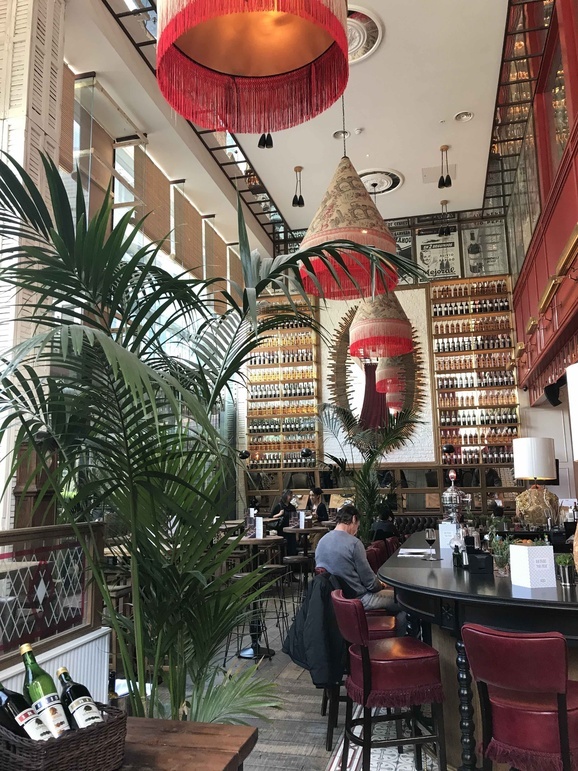