WE love Ancoats but it’s great to be talking about the sudden emergence of another area. Red Bank’s profile has already been heightened by the council’s Northern Gateway scheme, which ambitiously includes plans to re-use the viaduct there either as a park or a green link to Victoria Station, using New York’s High Line as a precedent.

As always, development is inevitably about new housing and it would be good if affordable were on the table. The rail arches of Red Bank, off Cheetham Hill Road, look down on the urban disappointment that is the Green Quarter and across to the battle for the soul of historic Angel Meadows, whose character is threatened by high-end high-rise encroachment.

While we wait to see what befalls a revamped Red Bank let’s salute its current reinvention as an indie haven for food and drink – Three Rivers Gin (at No.21) and Beatnikz Republic Brewing Co (No.15) are already in situ, the latter re-opening its brewery tap on Saturday, November 2 (12pm-9pm) after expanding into No 14. 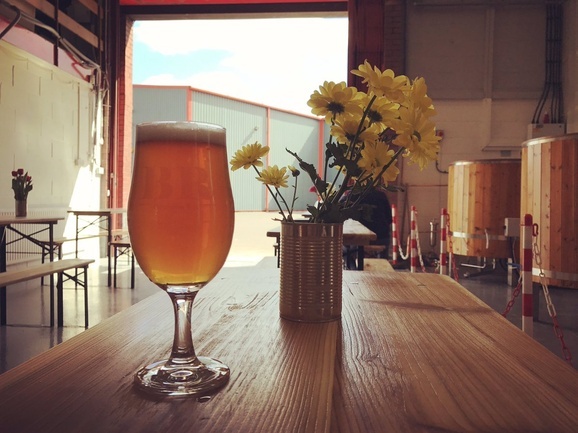 This coincides brilliantly (ToM likes a crawl) with the first weekend of street food aces GRUB moving into their new home at the Red Bank Project, which itself boasts 22 beer lines.

But the real Red Bank deal will be sealed before Christmas with the arrival of The Spärrows. ToM was among the first to salute this restaurant devoted to the carbs that fuel Alpine Europe. Swabian egg noodles Spätzle translate as ‘little sparrows’, which they supposedly resembled in flight when shaped by spoon as chunks of dough are scraped into boiling water.

Gnocchi and pierogi, dumplings and pasta are also on the menu in the cosy Mirabel Street arch near Victoria Station. In the wake of patrons Umezushi’s closure across the street that tenure will end on Sunday, November 1, giving six weeks to refurbish their new arch home, on the other side of Beatnikz, at No.16. 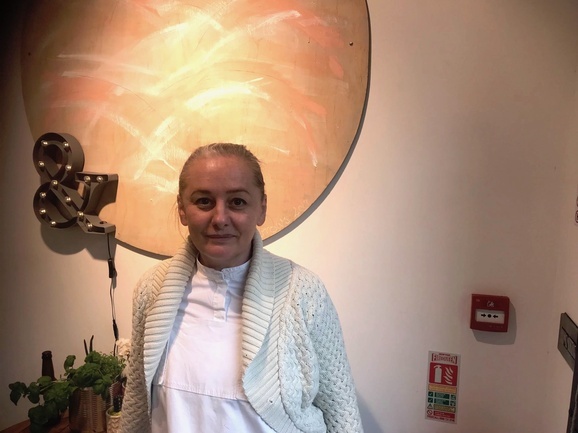 In the meantime co-owners Kasia Hitchcock (Polish importer of sake) and Franco Concli (spätzle specialist from Trentino in NE Italy) are in demand for posh pop-ups. The new dining room will return too will not be significantly larger than the current 16 cover version. “Just a couple of tables bigger,” Kasia tells us. “We like the scale we operate at. Our old space was never really designed for us (it was meant to be a deli and prep room for Umezushi). This time we’ll have a kitchen suited to our needs, boxed off in glass: I don’t like open kitchens and we do a lot of boiling!

“A further plus is a private dining room where we can hold masterclasses about drinks and food, yet we can also open it out to give us more covers if necessary. Future plans may include converting a loft into a lounge for drinks.” 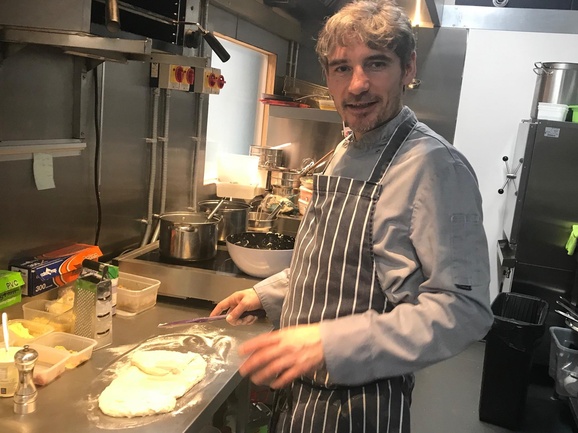 Drinks are important to Kasia, once a prominent London spirits specialist. You can see it on the shelves of the Victoria Spärrows where rare Polish vodkas jostle with Austrian rums. The wine list too offers a delicate Italian Nosiola white by glass, then reds such biodynamic Zweigelt from Austria and Trentino’s Lagrein and Teroldego.

At their new home a much greater emphasis will be on the wine. Roxanne Dease, once of Hanging Ditch and latterly Umezushi, has been recruited to dramatically upgrade the offering for a wine shop on the site with an enomatic machine dispensing quality wines by the glass.

All this and some amazing food, which earned The Spärrows a nomination in the Affordable Eats category at the 2019 Manchester Food and Drink Awards. When we popped by we couldn’t resist the innovative buttery treat below, chanterelle mushroom ravioli made with gnocchi dough/ 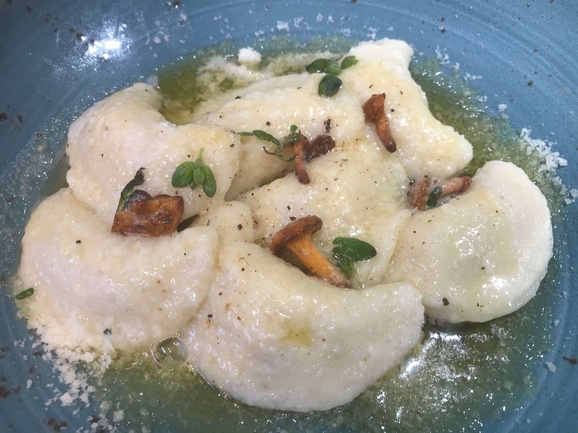 Not content with relaunching the on-site brewery tap, Beatnikz are also simultaneously hosting a hosting a World Vegan Day tap takeover at their NQ bar at 55 Dale Street. The bar, which recently celebrated its first birthday, will pour plant-based beers from Abbeydale, Heist, Two Tribes and our own Wander Beyond, November 1-2 plus on Sunday, November 3 a Sunday Brunch Club special in collaboration with Alvarium head chef Adam Leavy (ex-Allotment). £20 for four plant-based courses with four beers. Musical accompaniment – vegan metal. Buy tickets here.