The Wolf bites back with bargain baos, tacos and wacky cocktails

HOW can a Wolf change its spots? If you’ll forgive us for mixing metaphors as we come to terms with the latest metamorphosis of the bar concept that began life as Wilderness just a few months ago.

The name change to Wolf At The Door came about because some Birmingham bar of that  name had issues. It didn’t alter the bar template combining a cocktail roster almost immediately shortlisted for Avant-garde List of the Year at the 2019 Imbibe Awards with small plates from ex-Manchester House chef James Lord inspired by a team dream trip to Copenhagen. None of this captivated the Thomas Street party crowd. 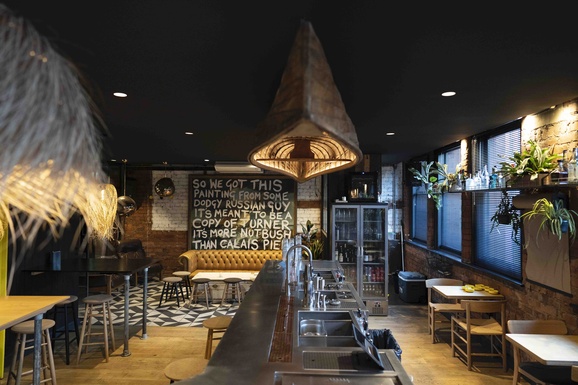 It was an unwonted blip for the NQ super group of bar entrepreneurs who put it together – Lyndon Higginson, Bart Murphy and Dan Morris. With Liars Club, Crazy Pedro’s Junkyard Golf, Bunny Jackson’s, Cottonopolis and much more in the CV you’d expect a canny rescue plan for the former Odd (and benighted Folk & Soul) site. So, as the dust still settles on  relaunch party after a two week ‘refresh break’, what is it? 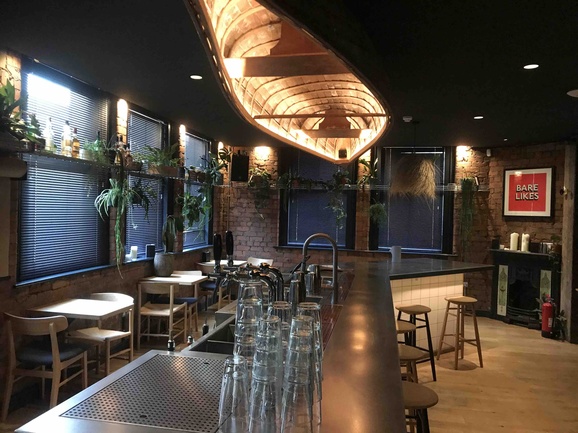 First impressions are of a more tiki and in your face decor. They’ve kept the upturned boat on the first floor and the strident graffiti but they’ve added lamp features made out of what look like pampas grass. It all has a darker, more night-time feel, butters keeping out the daylight.

It’s the food offering that is the major difference. It has been downsized to tacos and bao offerings at £1 a go, with a substantial vegan presence. “We’re not making a profit on the food,” Lyndon tells us. “It’s the equivalent of the chicken wings at Bunny Jackson’s – something tasty to accompany your drinks at what is essentially a bar, not a restaurant.” 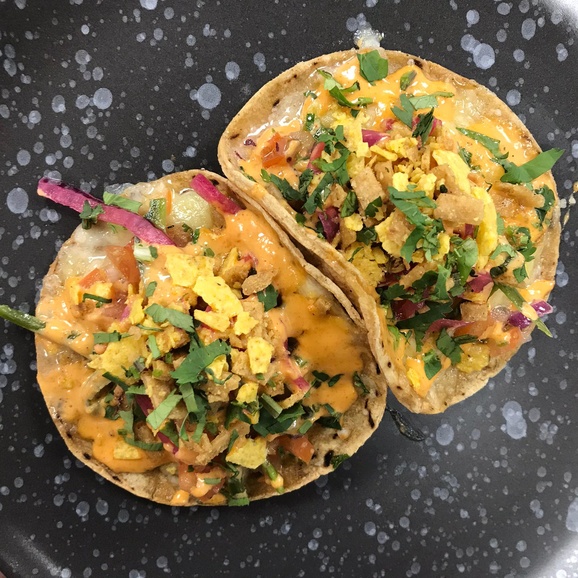 Those bar credentials are apparent in the new cocktail list, which throws in some wonderful wild cards in the £8 to £10 range. How irresistible is ‘Disaster-piece’ (La Gitana manzanilla, Green Chartreuse, Pineapple Tepache, lime and soda with Fuck Trump and his Stupid F***cking Wall Blend, the latter from radical drinks creators Empirical, a throwbck to that trip to Copenhagen.

There is a lot of mezcal about as you’d expect to match the tacos tweak. We’d go for ‘The Green Wolf’, which mixes Creme de Menthe, Veritas White Rum, Creme de Cacao, Del Maguey Chichichapa Mezcal, Fernet Branca Menta with half and half.

The beer list looks much the same with the Scandi craft masters Omnipollo and Lervig on draught alongside our own Track and Tiny Rebel. 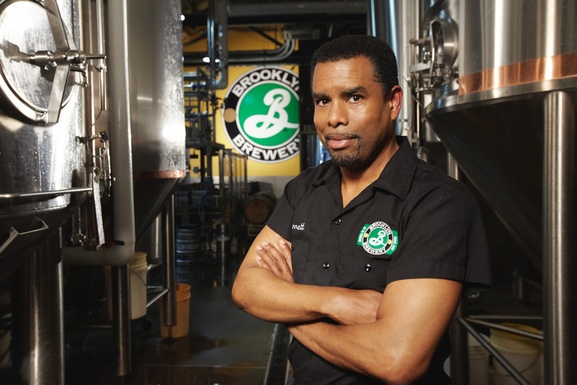 Brooklyn’s there, too, which sets the scene for the first big event at the refreshed Wolf. On Sunday, February 9, 6pm-8pm, Brooklyn’s legendary Brew Master Garrett Oliver will be hosting a tasting of six of their best speciality brews, paired with the new menu. Tickets cost £25. Book here. 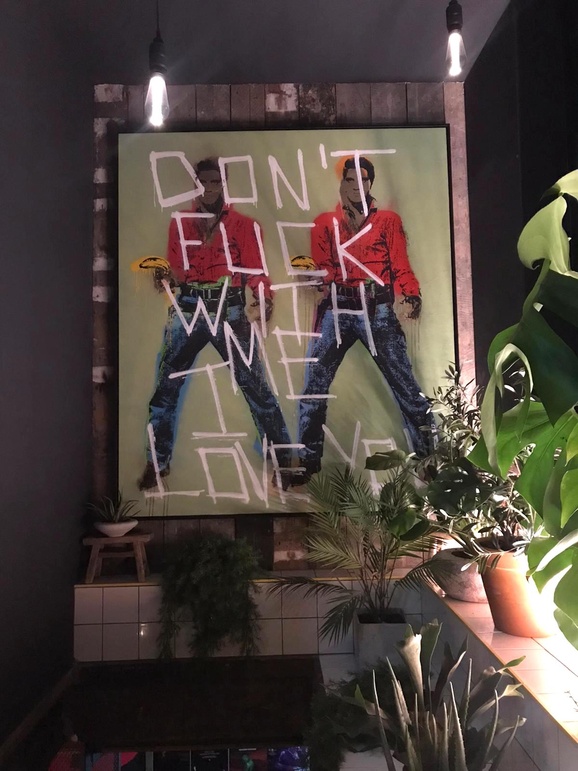 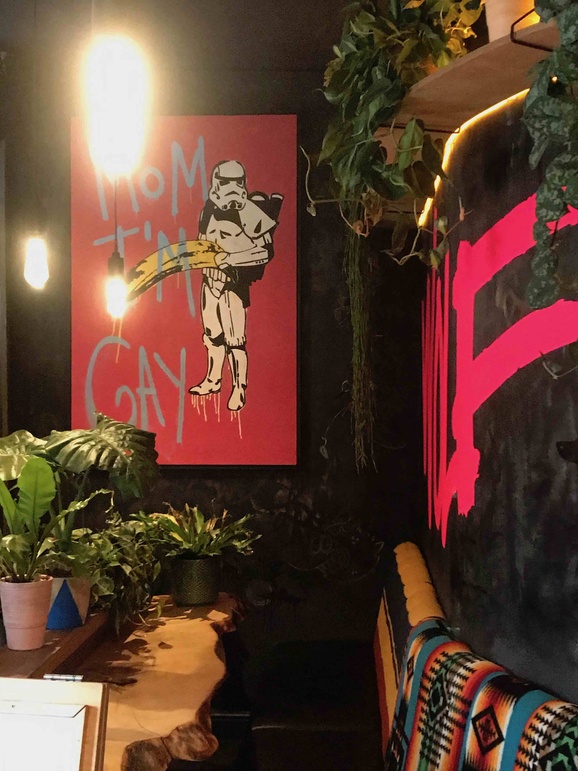 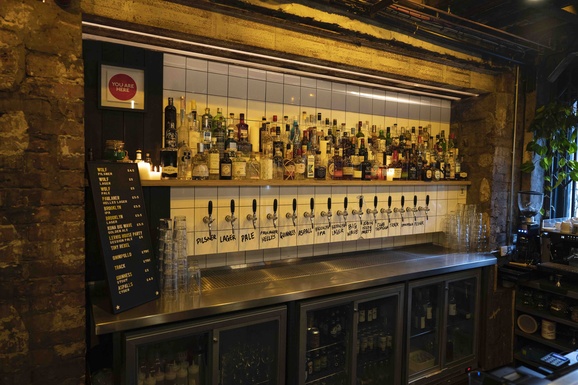 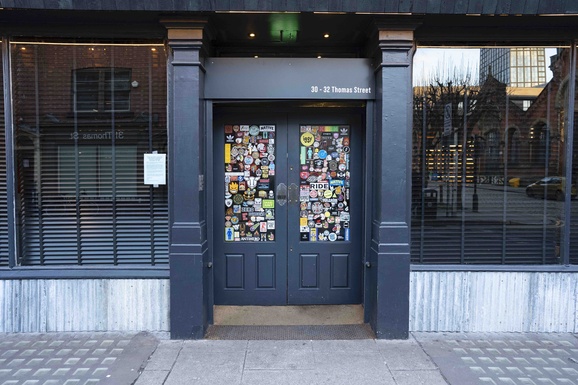