ON paper chef Joseph Otway’s CV looks pretty high falutin’ – Brighton’s Ginger Pig, the ground-breaking Blue Hill at Stone Barns in upstate New York, Relae in Copenhagen and more recently Stockport’s Where The Light Gets In, where he was head chef.

Now he’s finally doing his own thing with Higher Ground, which has a four-month residency in The Bungalow, a former security cabin on stilts that fronts the city’s new KAMPUS development (check out our full preview)

Dishes such as  pork shoulder braised in milk, sage and fennel seed or carrots steamed over spent grains left behind after a Cloudwater brewing process are testimony to his farm to table credentials and cutting edge technical abilities.

A surprise package on the menu, which we had top try in our relentless homage to British Pie Week, is inspired by 29-year-old Joseph’s late night curry pilgrimages to Longsight. Step forward the Oxtail Madras Pasty. It costs just £9.50 and packs a proper curry whack, both filling and pool of pure spiciness. More so than that other gorgeous, Asian-influenced pie filling we encountered during this big week – Curried Hogget at The Parkers Arms. It’s stupendously tasty. So did we raid the natural wine list to accompany it? A can of Cloudwater DDH pale felt more appropriate. It would go against the grain to drink anything else. 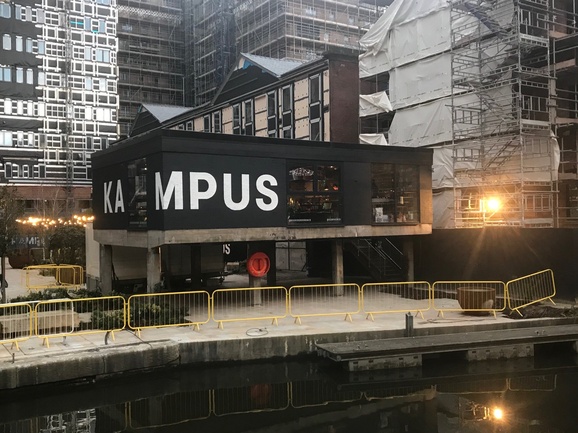