DISHOOM love the celebratory centrepiece nature of a Raan, The lamb version can be traced back to Alexander the Great’s battles in India. Come Christmas they adapt the formula – low-cooked leg shredded into a savoury masala – to a festive turkey leg.

Book in a party of 10 or more (smaller groups on request) at the group’s restaurant in Manchester Hall and part of the lavish £42 a head spread will be Turkey Raan. We dropped in to check its Christmas  credentials. Certainly the trimmings hit the spot – Bombay-style potatoes, masala winter greens and spiced cranberry chutney. 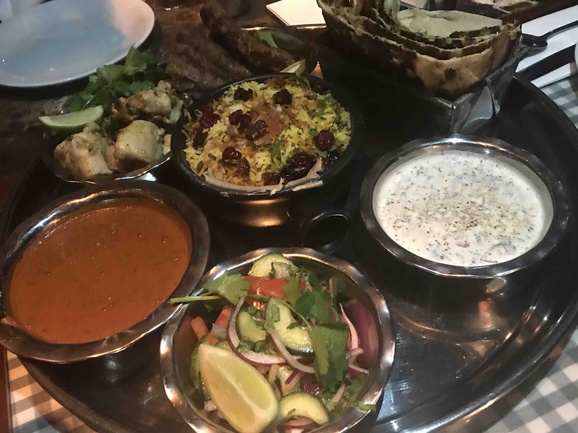 It differs big time, though from a traditional roast. The whole leg is marinated in a dry salt and chilli rub, followed by ginger and garlic paste, then allowed to rest and absorb the flavours. After which it is braised whole day in a rich stock spiced with star anise, black cardamom and bay leaves, before being grilled over charcoal. No, it’s not finished yet. Before serving it is tossed with black pepper, lime and butter. And, guess what, it’s not dry like our own traditional incinerations of the bird. 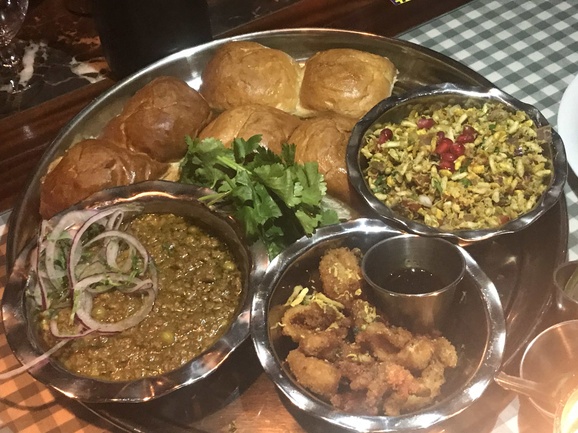 As it happens during our special preview, the Turkey Raan had to jostle for attention with mountains of Dishoom faves, served communally on large metal thaals. A delectable surprise was the return of their old signature calamari among the starters, which also included keema pau and a chaat with ‘cheesy chicken’ Murgh Malai, Sheekh Kebab, a biryani and house black dal in the next round. As a bonus, if you astonishingly run out of accompanying naan, raita or kachumber salad staff will replenish.

There’s a choice of mango, pistachio or Malai kulfi for afters, accompanied by a warming Taj Toddy or Chai Egg Nog. All this might get you in the mood for purchasing a Christmas prezzie. You are handily placed to pick up one of our cookbooks of the year, offering an intimate portrait of Bombay, Dishoom ‘From Bombay With Love’ (Bloomsbury, £26).

Dishoom, Manchester Hall, 32 Bridge St, Manchester M3 3BT. 0161 537 3737. Open from 8am on weekdays and 9am at weekends. The Christmas menu is available from November 18 to December 24. To book, email reservations@dishoom.com. Full menus here.