FREE sandwiches? Now that’s they way to celebrate six months in existence. In that time Robert & Victor have established quite a reputation for their French and Belgian-inspired casual cuisine, so it’s even more of a bargain than it sounds.

From 11.30am-2.30pm on May 15, 16 and 17 all visitors to their Oxford Street store (No.55 where Real Junk Food Project used to live) will receive their choice of the shop’s most popular artisan sarnie free of charge.

The range on offer includes their Cajun chicken, chicken Caesar Ipictired, and “le New York” (made with beef pastrami, homemade coleslaw, and Emmental), as well as meat-free options, “le Pesto” and “la Guacamole”. All sandwiches will come served on ciabatta rolls from Lovingly Artisan, whose long-fermented sourdough and real French baguettes are also used and sold at the shop. There’s a limit of one sandwich per customer, and drinks aren’t included. 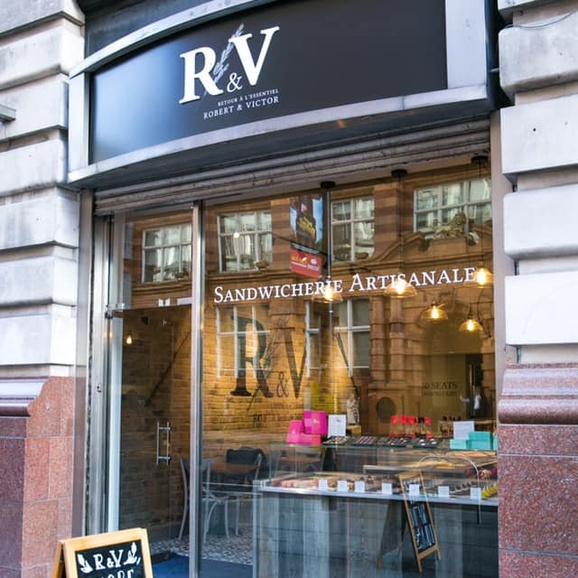 The cafe’s name comes from owner Simon Dasnoy’s farmer grandfathers in his native Belgium and honours their traditional approach to food – pleasure, authenticity, and natural, healthy food made without preservatives, additives, or flavour enhancers.

ToM suggests you follow your free sandwich by treating yourself to hand-made pralines from top Belgian chocolatier François Deremiens. R&V ate the first UK outlet for them.