THE love affair between Manchester and New York is getting hotter. We were present at Cultureplex when Marketing Manchester and NYC & Company, the Big Apple’s official marketing organisation, signed a city-to-city tourism partnership deal.

Now we eagerly await a cool consummation on Valentine’s Day (February 14) when design-led Hotel Brooklyn opens its doors just by coincidence on Portland Street – brought to you by the canny team behind Hotel Gotham. 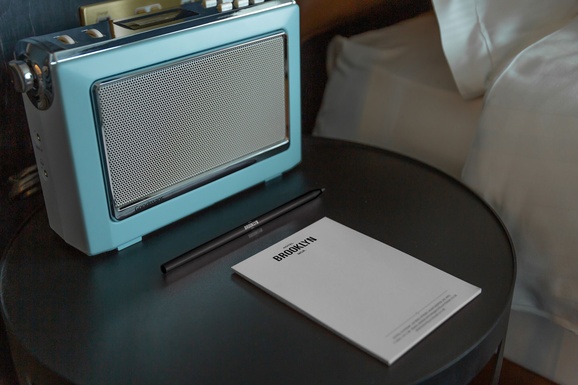 Once again they’ve called in the Squid Inc design squad to curate their homage to NYC’s hippest borough. The 189-room hotel, opening on Friday, February 14, will reflect Brooklyn’s history from early 20th century to the present day, with the inclusive vibe overseen by Motionspot, the UK’s leading accessible design company.

ToM has seen many ‘Manchattan’ interpretations of New York food crash and burn. Let’s call it Bagel or Bust. The new hotel will hope to buck the trend with its Runyon’s restaurant and bar, named after Damon of that ilk who peppered his short stories with Brooklyn characters of the Prohibition era. They inspired the musical Guys and Dolls. 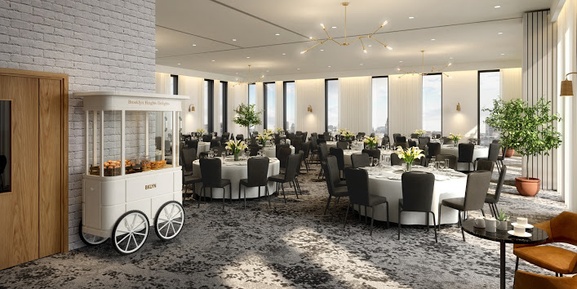 Runyon’s will offer a menu with strong American influences, mains starting at £22. Expect dishes such as Crab Flake A La Newberg, Billy’s Bacon Fried Rice, ‘Oscar’s’ B.L.T Wedge and Hash Browns. There’ll be vegan options, too, including Runyon’s Onions (just joking on that last one – sure Damon would have approved).

The setting for all this is inspired by the industrial craftsmanship of the Brooklyn Bridge. Squid Inc apparently “have taken the bridge’s tension lines as inspiration, giving Runyon’s a flavour of downtown brownstone Brooklyn – a mix of gangster and quality, purposeful engineering”. 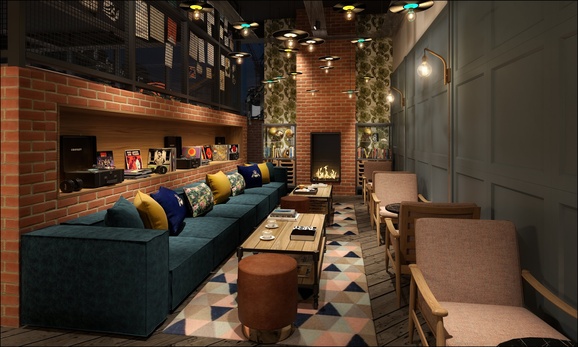 Salvation is also at hand. That’s the name of the hotel’s dedicated events bar on the top floor, featuring exposed brick work, pop art and neon lights. We fancy the more intimate Snug downstairs. This promises an open fireplace and a record player spinning vintage records from the Manchester music scene. What, no Beastie Boys? 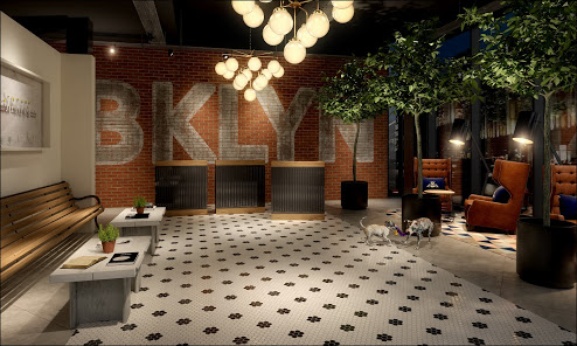 Or you could grab  coffee in the lobby, designed to recreate the sense of journeying down a Brooklyn avenue with brick stone and trees lining the walls. 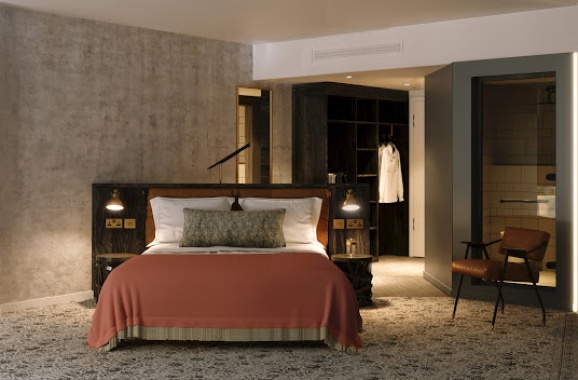 Staying? The aesthetic of the 189 bedrooms has been inspired by the hood’s loft spaces. Nightly rates at Hotel Brooklyn start from a reasonable £130 for a Club Room on a B&B basis.

How Marketing Manchester got its bite of the Big Apple

Going in the opposite direction, New York City welcomed an estimated all-time high 1.3 million travellers from Britain, its number one source of international travel, while an increasing number of New Yorkers are visiting Manchester, a city it has so much in common with (the cranes show our skyline is trying to catch up) .

The new two-year agreement is a further bond, which includes exchanging marketing assets worth $500,000 in each destination. NYC will utilise digital billboards on Manchester’s main roads and across Transport for Greater Manchester to promote the city, while Manchester will have bus shelters and Link NYC digital screens throughout New York City to promote its own tourism message.

The two cities will also share the best practices in tourism marketing and destination management, including strategy around arts, sports and LGBTQ+ travel.