Wing Fest – it's time to unleash your inner chicken

IT claims to be the biggest celebration of chicken wings in Europe. Who are we to argue? Wing Fest is certainly attracting a committed crowd of street food traders, restaurants, barbecue teams and pop-ups from across the UK for two days (September 14 and 15) of winging it at First Street South.

It will feature over 20 chicken wing specialists. Northern favourites include Oh My Glaze, Flock, Sutikku and Parmogeddon joined by  London Wing Fest faves such as We Serve Humans, Wingmans and Drum and Flats.

All will serve up wings for £1 each in the hope of winning guests' votes for the title of best buffalo wing or best wild wing (basically any other variation).

Chilliheads can tackle the Lava Wing Challenge, hosted by barbecue champion Dr Sweetsmoke, and there’s also in a wing-eating competition for those whose waistlines are beyond redemption..

Tickets for each session cost £17.50 which includes entry, a free can of beer from sponsor Frontier Premium Lager, a bottle of Bull's-Eye BBQ sauce and a Wing Fest trucker hat. Get tickets here. 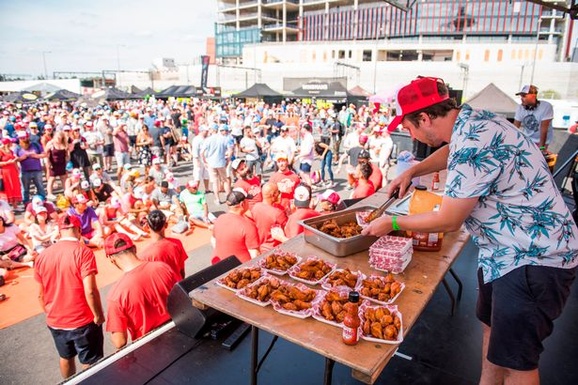