Worth the Pennine trip! Five Manc foodie outposts just across the border

YORKSHIRE is another country, as they say. Whether it is God’s Own Country is as moot a point as the Almighty creating Manchester on the Seventh Day. Both examples of creative thinking. Still borders are meant for crossing, despite the edicts of Donald Trump or diehard Brexiteers.

Here are five fabulous West Yorkshire food and drink destinations with roots in Manchester. Just hop on a train or saddle up the car and you’ll be there in no time.

Let’s start in Todmorden, the ultimate border town. Like the rest of the Calder Valley it has suffered badly in recent floods. Indeed the basement kitchen was flooded at Yakumama (but not too badly) and both this South American bar/kitchen and the dairy heaven that is Calderdale Cheesehouse are both trading as normally… 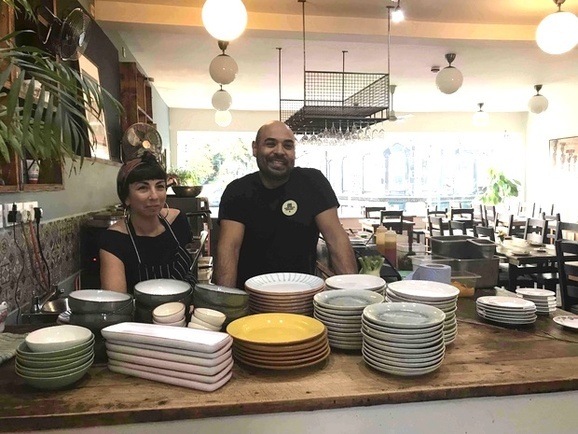 YAKUMAMA Order a pisco sour for a cocktail introduction to the South American-inspired culinary adventure that has settled so sunnily in this former mill town’s Old Co-op. In the open kitchen co-owners Marcelo Sandeval and Hannah Lovett will be beavering away on a menu that changes weekly. Popular demand means that Andean Potatoes feature most of the time, a world away from often dreary patatas bravas. A generous helping of fried potatoes is mixed with charred red peppers, coriander, soft-boiled egg and toasted cornflour farofa. 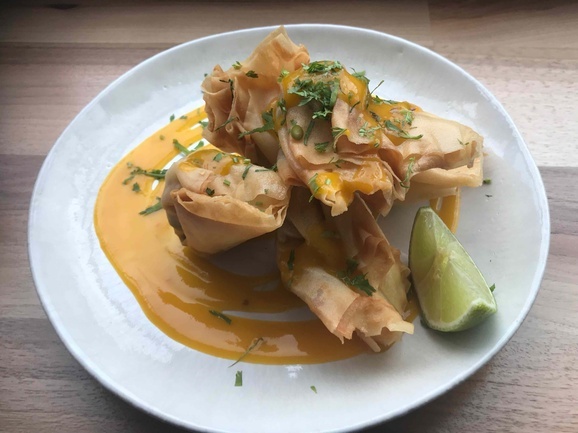 Back in the days when Yakumama was a street food operation at the likes of GRUB and Leftbank Kitchens we got addicted to Marcy’s proprietary mango and aji amarillo house sauce. They used to bottle it – the original Pollen bakery behind Piccadilly Station stocked it – and it’s back here, accompanying the house wontons, crispy packets of black beans and cheese There are usually six small savoury plates on offer, including  soup. None costing more than £7 or so; none will disappoint. If you’re missing Manchester already you’ll find the likes of Runaway and Pomona Island on tap. 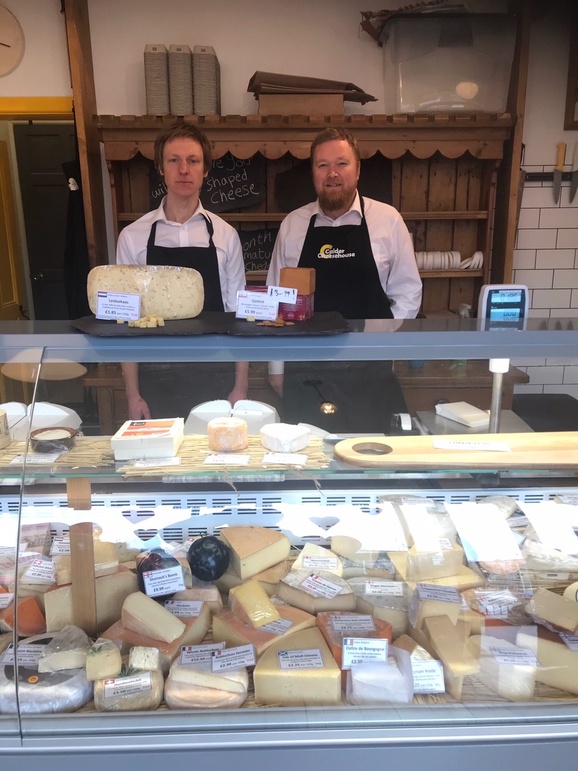 CALDER CHEESEHOUSE You’d have to travel as far as George & Joseph in Leeds or the unmatchable Courtyard Dairy near Settle to find a better cheese shop in Yorkshire. Todmorden’s gain is Chorlton’s loss. For the best part of a decade Jay Hickson was a partner in Hickson & Blacks deli after a stint running Gastronomica in the Arndale, his passion for raw milk farmhouse cheese first ignited by working in Paxton and Whitfield in Bath, where he attended university. 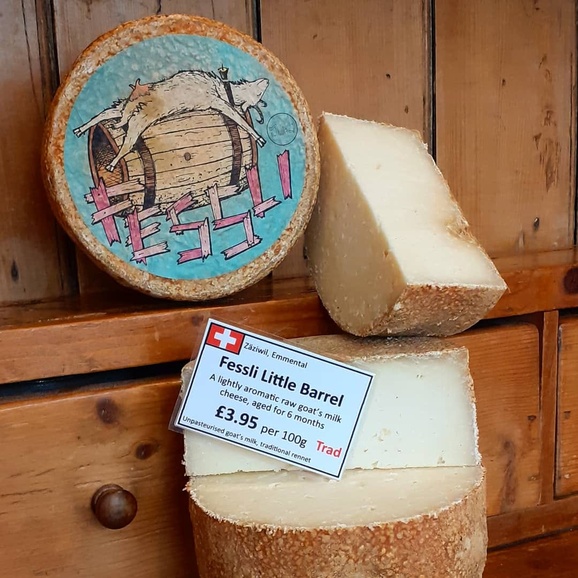 Subsequent travels in Northern Italy are reflected in the array of rare Alpine cheeses (top tip – mild, creamy, cow’s milk Aarewasser from Switzerland) that rub shoulders with the best of British (Gorwydd Caerphilly, Sparkenhoe Leicester, Baron Bigod) and French (28 month aged Comte, Mont d’Or, Pont L’Eveque). You’ll also find a small selection of wines and deli products, notably cured meats and sausages from Porcus, who farm rare breed free range pigs up on the hills above the town. Jay's website is a compendium of cheesy delights; pretty soon you should be able to buy all the cheeses there online. 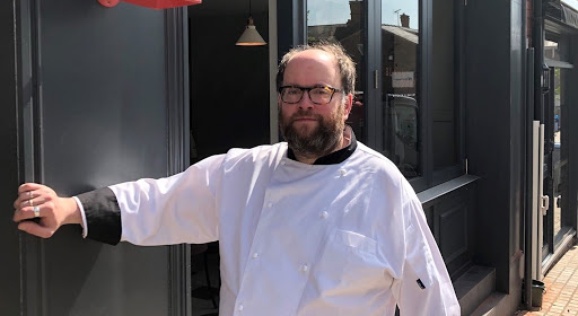 ALEX SHAW AT CAFE SOLO This neat little coffee and cake shop must be counting its blessings to have escaped the recent flooding when so many businesses haven’t. Wednesdays to Saturdays, 6pm-9pm, it transforms into the Sage at Cafe Solo pop-up, showcasing the considerable talents of Alex Shaw. Since winning Manchester Food and Drink Awards 2016 Chef of the Year while heading the kitchen at Volta, West Didsbury he has almost defined the word peripatetic – with stints at Blanchflower, Altrincham and Ramsbottom’s Eagle & Child followed by working under Robert Owen Brown at the Hinchliffe, Cragg Vale (see below). 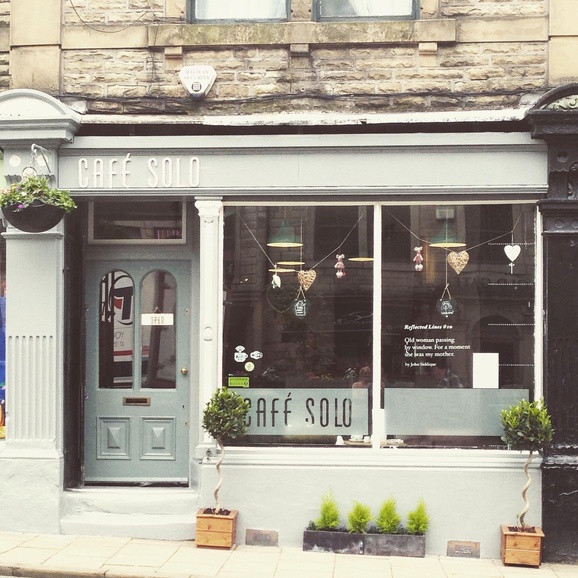 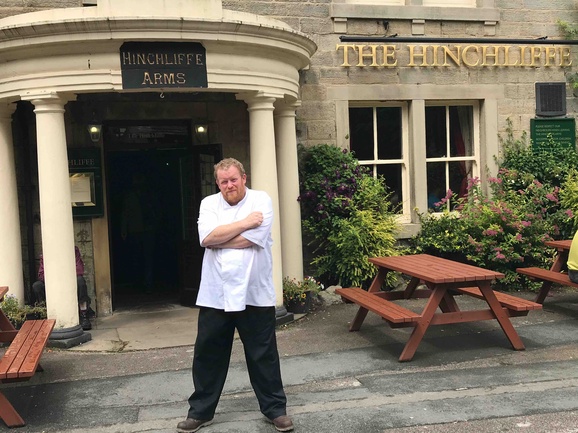 ROBERT OWEN BROWN AT THE HINCHLIFFE It’s still hard to credit that the co-creator of the Manchester Egg, Stockport-born, Radcliffe-raised  Robert Owen Brown is now chef/patron of The Hinchliffe, nestling in the very Yorkshire bolthole that is Cragg Vale, up the hill from much-in-the-news Mytholmroyd. Surrounded by woods, it’s the perfect rustic setting for Rob to indulge his passion for roasting whole carcasses on a spit outdoors. The Hinch itself is a a handsome stone hostelry that has been tastefully re-vamped by landlords, our own JW Lees. Dog-friendly, it’s the perfect destination for a moorland walk. 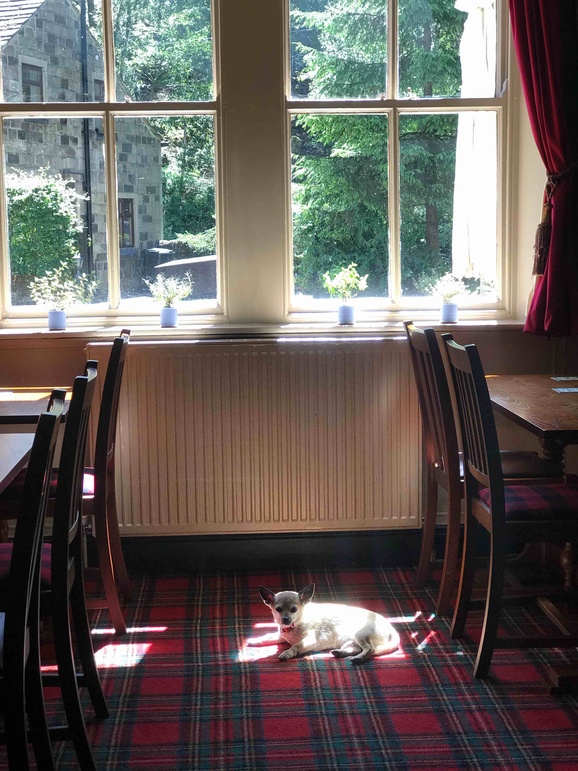 It’s a world way from the now derelict Mark Addy on the Salford bank of the Irwell where the chef made his name with his brand of ‘nose to tail’, game-focused cooking. “Robert Owen Brown is the real thing… a chef who combines oceans of technique with an instinct to feed and a deep understanding of gutsy cooking” was the verdict of Observer food critic Jay Rayner. Rob is a panellist on his BBC Radio 4 show, The Kitchen Cabinet. These days the menu is pubbier, small plate ranging from spam fritters to pearl barley arancini, roast gammon to his signature Vimto Trifle. Beef comes from a Dexter herd up the road. If it’s on the rare beef sandwich is irresistible. 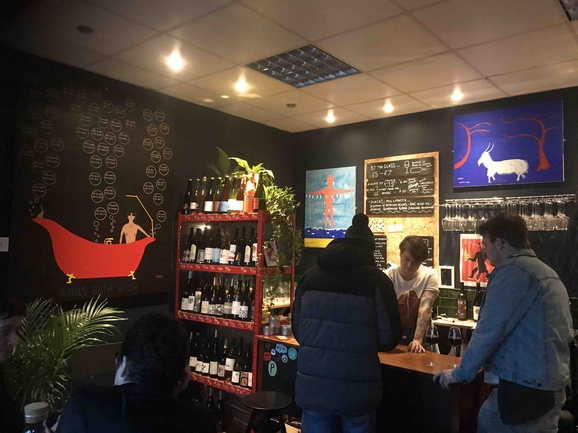 KWASS NATURAL WINE Over the hills but not far away, in Huddersfield, Duncan Sime and Ola Dabrowska are promoting the virtues of low-intervention wine in a bijou (dog-friendly) bar/shop in a railway arch (the station is a five minute walk away). A year old now, it’s a brave venture with bulk-selling Tesco and well-established traditional merchants Hoults as neighbours. We love its dash of arty fun and sense of adventure. Duncan is a familiar figure from the Manchester bar and music scene, once of NQ bar Common and latterly events manager of Magic Rock brewery in Huddersfield. 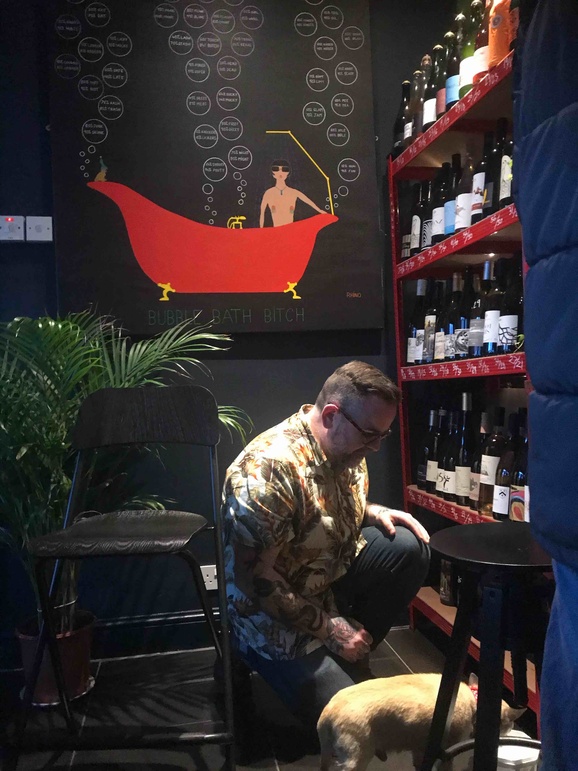 He shares a passion for natural wine and vegan food with his partner, artist Ola Dabrowska, who attends to the day to day running (Wed-Sun) of Kwas. It means acid in her native Polish –  reference to the uncompromising freshness of the wines they sell. Read Kwas’s full natural wine mission statement here. The proof, of course, is in the pours and we recommend two whites, Le Blanc de la Mariee, a Sauvignon Blanc from Touraine in France, and Atelier Kramar Primario, an approachable orange wine from Slovenia. If Huddersfield feels a step too, far the duo are hosting the first in a series of natural wine tasting events – A Touch of Kwas:  ‘wine without the crap’ – at Port Street Beer House in Manchester on Tuesday, March 10, 7pm-9pm. All wines and snacks will be 100 per cent vegan. It costs £27.50 a head; book here.