GREAT British Menu is back for its 15th series with a fascinating newcomer to the BBC2 cook-off competition’s North West heats – Sam Buckley of Stockport’s Where The Light Gets In.

It kicks of on Wednesday, March 18 and runs for nine weeks (eight regional heats and then the final), with hour-long episodes every Wednesday and Thursday, followed by a half-hour regional final every Friday.

One significant change is the number of chefs in each heat bumped up from three to four, meaning a total of 32 chefs in the competition, which has boosted the careers of many aspirant, including our own Adam Reid (below) of The French, whose dishes have twice made the final celebration banquet. 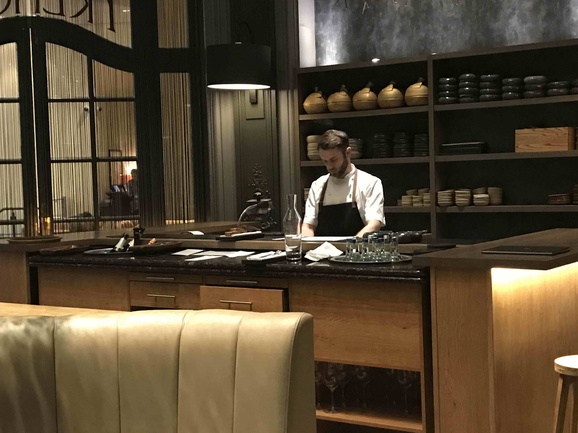 Fellow Mancunian Sam will be hoping to emulate that feat after garnering vast acclaim for his challenging culinary experience in a warehouse close to Stockport Market. This chef/patron’s dishes have a big emphasis on sustainability, zero waste, the North West and fresh produce from his own farm. A reduced emphasis on big protein mains, a championing of natural wines, a decided lack of formality tick a lot of leftfield contemporary boxes.

Shortly after WTLGI’s launch three years ago critic Marina O’Loughlin, in her Guardian review, declared it some of the most exciting food she’d had in years… “Never have I trudged so dutifully to a destination only to exit at the other end quite so starry-eyed and evangelical.”

The theme for this year’s Great British Menu is is ‘Children’s Literature’, as 2020 marks 150 years since the death of Charles Dickens, who wrote the first book to feature a child in the starring role with Oliver Twist. Appropriate to the announcement Wednesdy, March 5 is World Book Day.

Every Friday the judges (Oliver Peyton, Andi Oliver and Matthew Fort) will be joined by children’s authors and novelists to help decide the best dish from each region. Expect the likes of Enid Blyton, Roald Dahl and Harry Potter, but there's sure to be plenty more authors and books acting as inspiration for the dishes. 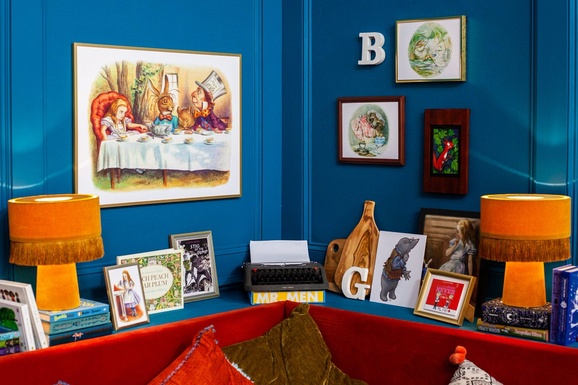 Sam, a self-confessed big reader as a child, should be in his element. Sam’s parents were against him being a chef and thought he was throwing his education away. Undeterred, he went on to work for what was at the time Manchester’s only Michelin-starred restaurant, Juniper, with Paul Kitching. He has worked for Simon Rogan at L'Enclume and his travels with his band (he’s an upright bass player) took him across Europe, where he encountered  a Basel-based chef called Tanja Grandits (at two Michelin-starred Restaurant Stucki) who inspired his culinary ethos.

So who are Sam’s three North West rivals? They’re an impressive bunch. It’s a debut too  for Tom Barnes, a Simon Rogan protege, who head up Rogan & Co in Cartmel, Cumbria’  Lake District chef Hrishikesh Desai (The Gilpin Hotel and Lake House) is back after achieving achieving high points in last year’s regional final; and George Farrugia, head chef at Fenchurch Restaurant at Sky Garden, London. His family roots are in Cyprus but he’s Manchester born and bred.