TIME was when every month seemed to bring a Spanish restaurant opening. You couldn’t move for small plates along Deansgate and its tributary streets. More recently that flood has reduced to a trickle. Porta’s a welcome addition to the tapas scene but it’s out across the border in Salford while Tast Catala in King Street occupies its own ethereal high ground of Catalan molecular gastronomy. Ask for patatas bravas at your peril.

Its King Street neighbour El Gato Negro always stood out from the Iberian inspired crowd with Hull-raised, ex Harvey Nicks exec chef Simon Shaw at the helm. El Gato was forged in an old pub up on the West Yorks moors before substantial investment brought it to the city centre.

With eclectic zeal chef patron Shaw is currently focused on an Eastern Med influenced restaurant due to open this year in the old Panama Hatty’s site after last year launching ‘Modern Portuguese’ Canto up in Ancoats.

All very exciting. In contrast, it seems strange that El Gato head chef Anthony Shirley has been charged with an unlikely makeover of the mothership for Sundays, bolting on a roast, brunch items (even though it doesn’t open before 12pm) and a kids’ menu alongside a selection of the refined tapas dishes it has made its name with. 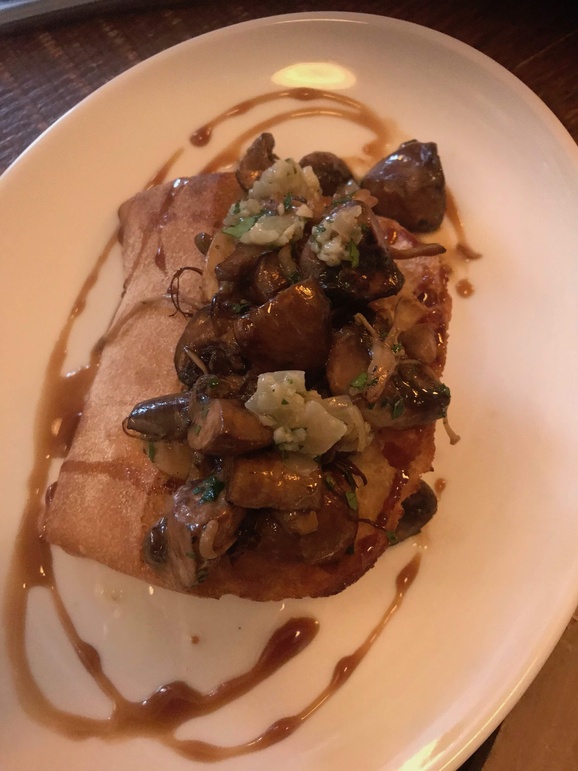 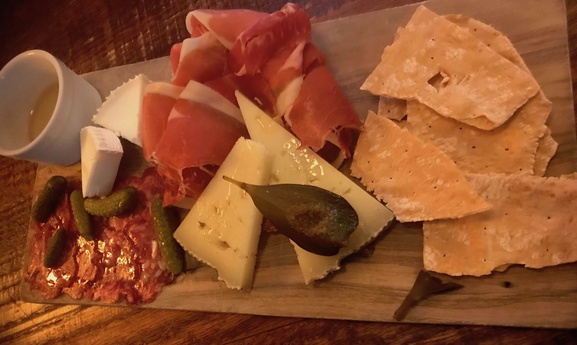 To sample ‘el menú para niños’ we took along a seven-year-old, still reluctant to be adventurous at table. She pecked at sourdough and some cheese from a £13 sharing board showcasing El Gato’s sharp sourcing. Balsamic dip wasn’t a winner, she grimaced at the bittersweet green fig and disputed whether some glorious jamon serrano counted as  ham at all. Kids!

In a week when Manchester-based Guardian writer Tony Naylor predicted the demise of small plates we ordered a trio of such, insisting our roasts  must not appear until after we’d finished these. We share Tony’s irritation with the kitchen sending dishes out randomly whenever they’re ready. So you end up speed-eating the hot ones before they cool (ordinarily, you would eat the cold first). All this after initial confusion on how much to order 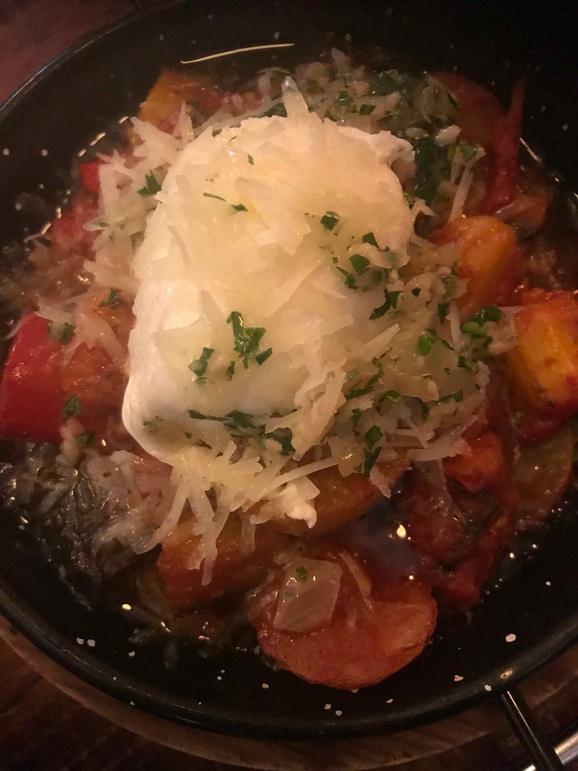 We hadn’t over-ordered so no issue on this occasion. Pick of our tapas trio was wild mushrooms on toasted Catalan bread with truffle butter and Pedro Ximénez sherry reduction (£7.50). It straddled the tapas/brunch line well. A specifically brunch item, Tombet (a Majorcan ratatouille with poached egg, Manchego, oregano and basil for £6) lacked verve. Maybe the chorizo and piquillo pepper hash with fried egg, parsley and garlic (£8.50) would have served us better. 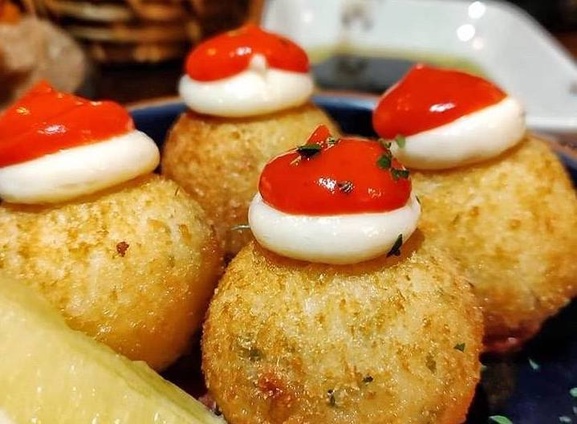 Salt cod croquetas featured on both adult and kids’ menus. They looked cute with their tiny alioli and pepper caps but the filling was bland paste.

The seven year old gamefully tackled her roasted chicken thighs with carrots and potatoes (£7) with the promise of a Ice cream sundae with hot chocolate sauce (excellent value at £4 and she wolfed it). 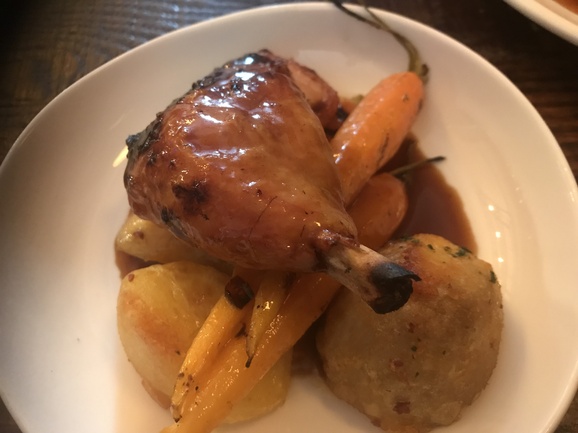 The chicken Sunday roast packed more flavour than those thighs, ever so slightly undercooked. It was the roast sirloin (£18.50) that disappointed. Not just the under-seasoned, floppy beef slices. The wedge of Manchego cauliflower cheese was stolidly too al dente and the quince glaze on the carrots just too sweet. Both the potatoes roasted with jamón serrano butter and the tenderstem broccoli tasted well, dunked in the gravy-like Rioja sauce.

Still we were left with the overfall feeling that El Gato doesn’t need to compete in a  crowded Sunday roast market. Its inspiration, Spain, spit-roasts suckling pigs, grills lamb asado-style and has brought us that hip fetish for aged dairy cow steaks. Lots to celebrate there. So no need to play English Chop House meat and two veg? 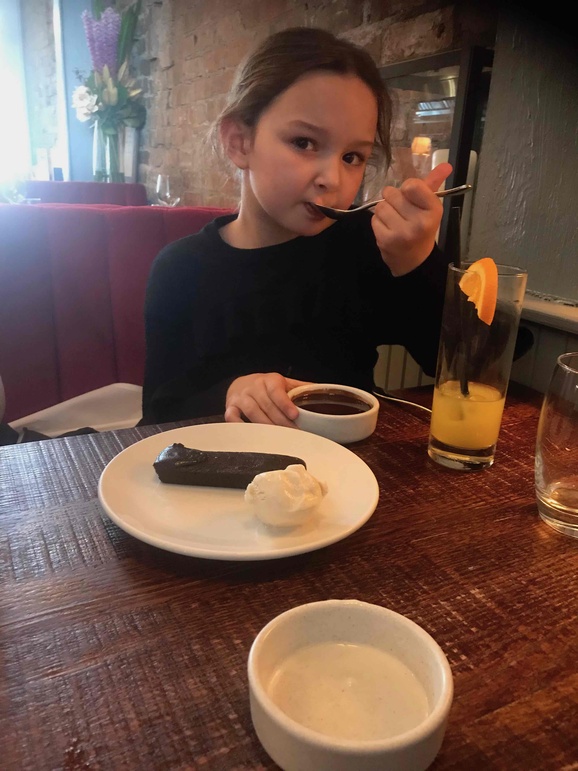