IN Steven Spielberg’s movie, Terminal, Tom Hanks played a stranded tourist forced by red tape to exist 24/7 inside New York’s JFK Airport. A strange fantasy? Well, the Ducie Street Warehouse offers its own opportunity to maroon yourself ad infinitum. So many dizzying distractions under one uber-cool roof, you might never want to check out.

First take up up residence in the brick labyrinth of the Native aparthotel. The top floor has the best view of the world you have abandoned. Then venture down to unravel what exactly the ground floor concept CULTUREPLEX consists of. Perplexed? There’s a handy events-led newspaper to help plan your cultural voyage of discovery. 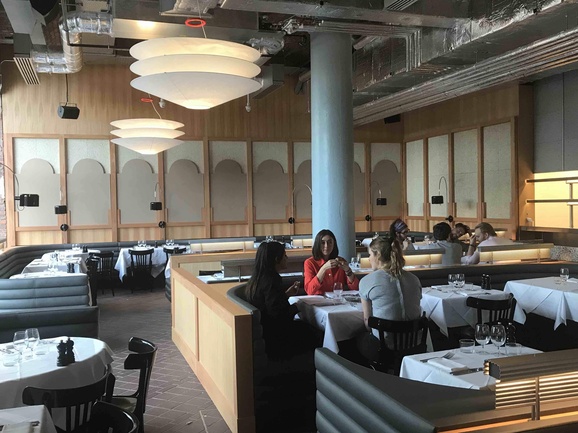 The obvious place to while away a couple of hours would be the mini-cinema or maybe get the blood pumping at the bijou Blok gym after Pollen croissants and coffee from the Klatch counter. After which some conscientious co-working in the aesthetically gorgeous lounge before the lure of bar manager Will Flower’s Negronis leads you astray.

Inevitably all this draws you into Bistrotheque, the restaurant, 80 covers tucked away in the far corner of the vast cultural playpen. Same name, same food vibe as the Bethnal Green original, under the stewardship of head chef Blaine Duffy.

That back street warehouse is still recognisable as one, while design-led Ducie Street isn’t. Sit down to dinner and you feel like you’re at the Captain’s Table on the Titanic. Still the crew are well-drilled under charming manager Connor Sheehan, it’s beautifully lit, the bread’s first rate (more Pollen?), the wine list a joyful exploration of some lesser known regions and from London visits I felt I knew what to expect from the menu.

Co-owners David Waddington and Pablo Flack have always made it clear their aim is a comforting bistro offering, part of a whole entertaining package. Pioneers when they opened 16 years ago in a Bethnal Green backstreet, they are not in competition with Brat, Lyle’s, Clove Club, more recent East London destinations scattered with Michelin stardust. Worryingly though it has quietly dropped out of the 2020 Good Food Guide. 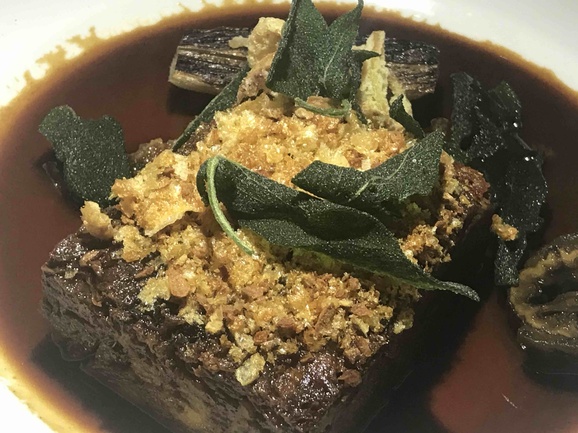 Maybe, with Manchester looming and the huge expansion into CULTUREPLEX, they took their eye off the ball. The eye is definitely off the ball here with one of our mains – a contender for one of 2019’s most disappointing dishes.

Pressed pork came as a substantial, crusted puck of dry meat strands doused in a harsh, rapidly cooling gravy. It reminded me of one of those supermarket ‘catch-ups’ on pulled pork and – almost unprecedented – I just gave up on it. A satisfying £7 side of squash, melted comte cheese and sage (which had also draped the PP) was my lifeboat. 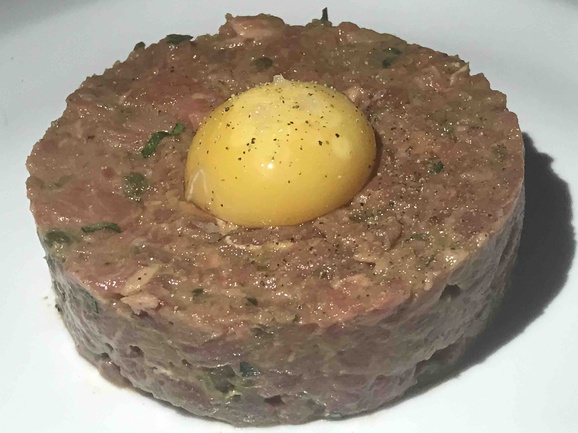 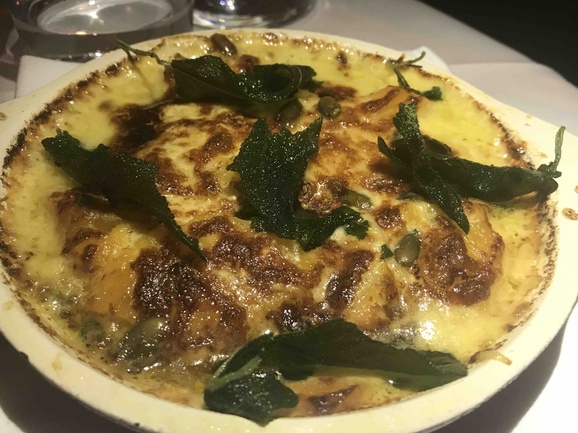 I also cadged a chunk of my companion’s main – a simple steak tartare (£22), with greens and chips, egg atop, just the kind of comfort food Bistrotheque do well,

Presentation is not  a strong point. A starter of fried goat’s cheese (£9.50) with truffle and honey resembled a cow-pat and was overwhelmed by the honey. Subtler was a healthy helping of white crab meat on a tangle of celeriac remoulade with a scattering of poppable salmon roe (£11, main image). 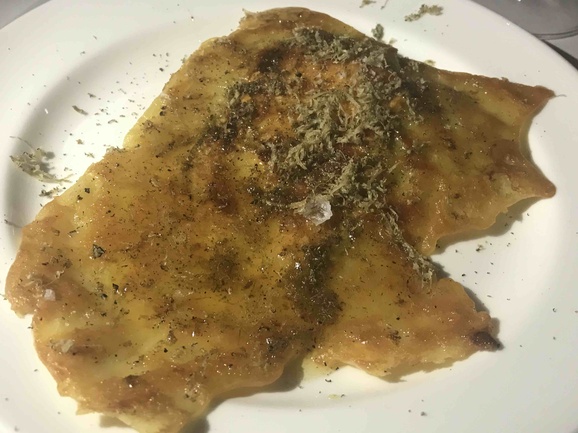 Our desserts were again a mixed bag. A passionfruit and pineapple vegan pavlova (£6) was ugly on the plate, its sheer sugary bulk redeemed by the sharp fruit. A chocolate semi-freddo, accompanied by raspberries and black sesame was a much better choice, if hardly reinventing the wheel. 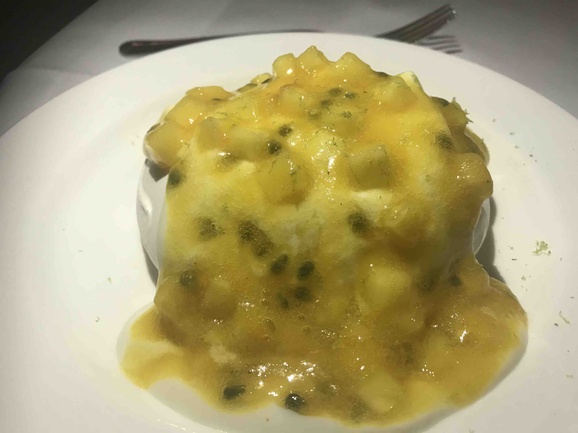 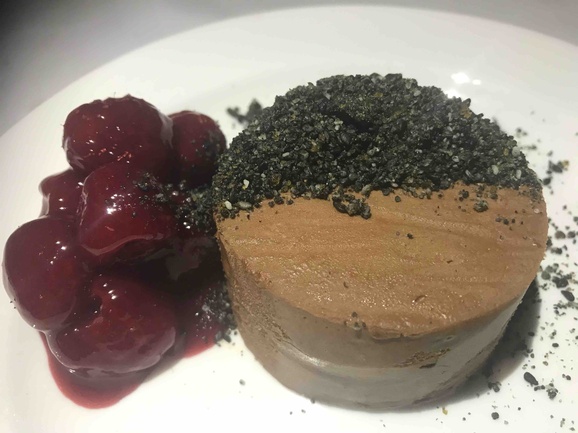 Throughout all this slightly choppy culinary experience the light we sailed by was Eric Texier’s Brézème, 2018, gloriously elegant, biodynamic and 100 per cent Roussanne from a near abandoned Rhone vineyard he rescued. At £60 a bottle, it knocks spots off more expensive Rhone whites.

If I did make that life-changing decision to become a permanent Cultureplexitarian this would definitely be a fixture on my room service list.