JUST as Breakfast begat Brunch it was inevitable that Afternoon Tea might one day morph into Evening Tea. Not so very different from that traditional hearty Northern High Tea, maybe, only posher.

Certainly at The Midland Hotel’s Tea Room, which has extended its opening hours for guests to enjoy their famous afternoon tea into the evening. With cream grey panelled walls and soft grey carpets it’s a lovely calm setting for an exceptional spread, albeit at £35 a head. 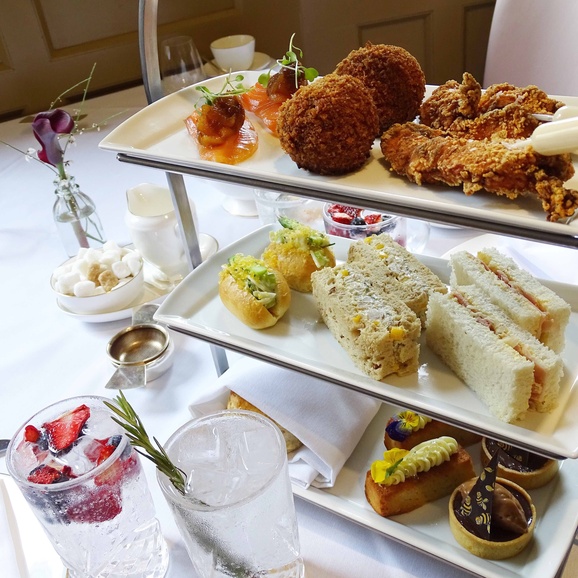 The Midland has been serving afternoon tea since its opening in 1903, but last year spent more than £100,000 converting the breakfast overspill Wyvern Room into The Tea Room in response to a boom in afternoon tea bookings. To celebrate its first anniversary it launched a new Evening Tea Menu – the usual sweet suspects augmented by savoury extras and a duo of G&Ts – available Thursday to Sunday from 5.30pm until 7pm.

We got there at 5.30pm and were rewarded instantly with a tumbler of Manchester Three Rivers Gin and Fever Tree Mediterranean Tonic with an odd garnish of a dried apricot and a large sprig of rosemary, the latter dominating the experience. More attractive was the second G&T, using Brockmans, its natural fruitiness enhanced by its garnish of red fruits.

It made a beautiful match with a lemongrass and spice infused tea called Taste of the Orient; we also had a pot of a more conventional Assam blend from trio of the hotel’s own bespoke blends. 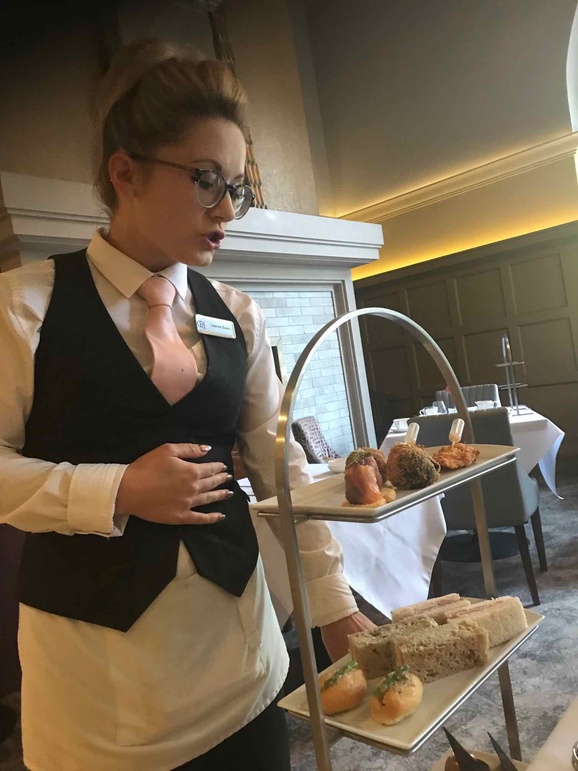 Oh and the food? Exquisite in appearance and taste. Just enough delicate crustless sandwiches (we like crusts), the likes of chicken, mango and coriander on granary bread, honey-baked gammon, choucroute on white bread plus, more daringly, asparagus, artichoke and parmesan mimosa on brioche bun.

The tier above, though, defined the Evening Tea. Toothsome ox cheek and blue cheese croquettes alongside cured salmon fillet with Hendricks Gin and apple chutney on tiny pastry discs. Buttermilk fried chicken pieces came with a mini-syringe of ‘sriracha sauce’, which was disappointingly bland.

A final tier of cakes (elderflower and gooseberry cake, dark chocolate and salted caramel tart) and scones compensated, especially those scones with oodles of clotted cream and a choice of Mrs Darlington’s jams, served off a tray at table. Messy and lovely. 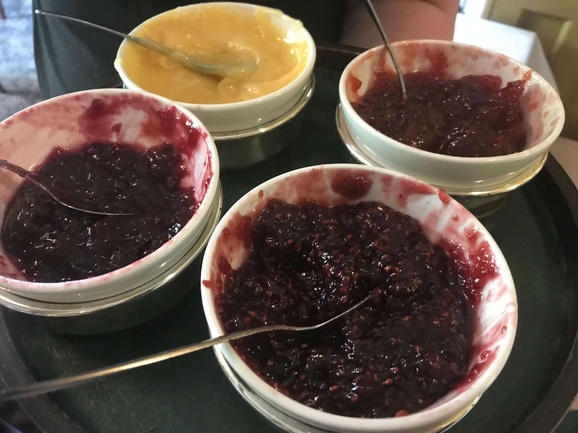