SOMETIMES the level of intensity in a ‘serious’ kitchen astonishes. Imagine how that vibrant pool of broth beneath your tangle of charred onions (below) came about? Four days of regular stirring to reduce 400 litres of cucumber juice to just one concentrated litre. 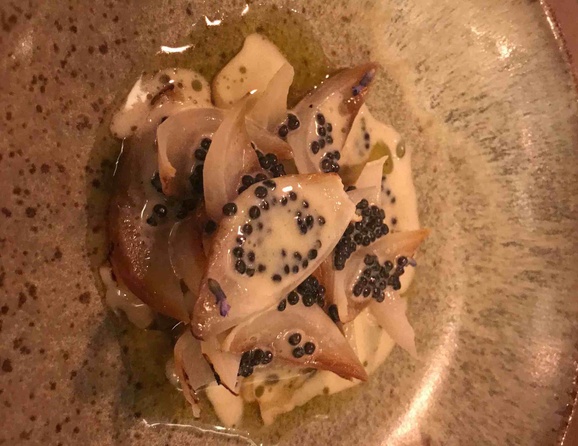 And when the foraged reindeer moss arrives from Skye it takes some determined scrubbing before it’s in a fit state to blend with chocolate for a dessert (to dip in a whisky egg nog).

So this isn’t the stuff of any ordinary Manchester restaurant. Mana stands out from the crowd for its culinary ambition. But is it all worth it? Maybe dish no 5 in the £105 a head 14 course tasting menu sounds beyond bonkers? Yet once tasted crumbled chapulines (protein-rich Mexican fried grasshoppers) over soft shrimp in a water infused with insect extract cochineal and hint of chilli makes perfect sense on the palate. You taste the shrimp.

Spoiler: I may have got some of this info slightly wrong. By this point we were suffering from information overload, such were the breathless back stories to each course imparted by Chef/Patron/Svengali Simon Martin and members of his open kitchen team. Then add in sommelier Sam, once of Salut, briefing us on the matching wine flight, too. 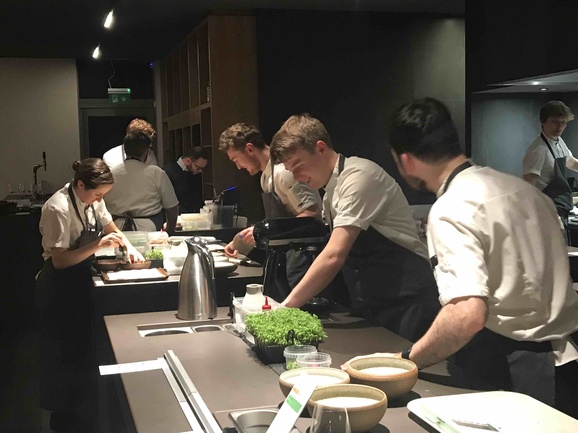 Like the equally leftfield Where The Light Gets In in Stockport this is a place where the boundaries between chef and server are abandoned. Not too distracting for the team; there are only 30 covers in the soaring Sawmill Court site. With its cruciform lights bizarrely quasi-religious. We were there to worship the food, have jolly time (which we did) and, I hope, to dispel the ‘curse’ of Noma. 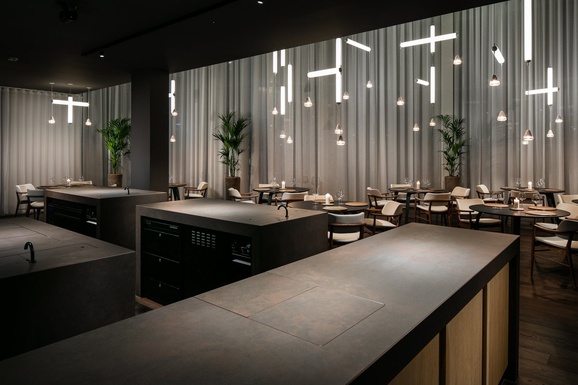 Simon’s reputation is inexorably linked to his time working closely with its legendary chef,  Rene Redzepi, in Copenhagen and then in the restaurant’s pop-up in Mexico while Noma was ‘rebooted’. Cut to now and Rene’s back in his new Copenhagen home, offering his public sea cucumber ovaries, ant sauce, sea snail broth and plankton cake, while Simon has launched Mana in Ancoats. One Scandinavian link: he get his cultured butter from a lady called Gitta in Sweden.

Maybe the chapulines were inspired by that Mexican sabbatical, maybe Noma’s Nordic flavour palette colours Simon’s cuisine, but there’s no excuse for recent social media trolling, accusing him pictorially of culinary plagiarism from his mentor. 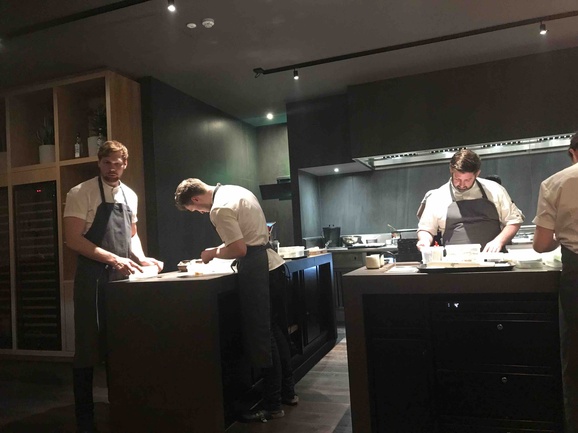 Get a life and be grateful for Mana being here as an antidote to The Ivy, 20 Stories, Refinery, Anthologist and other corporate colonists which don’t treat food as an adventure.

Simon Martin does and his restaurant is a fascinating work in progress. Compare it to some young painter trained in an Old Master’s studio. You assimilate subject matter along with technique. It takes time to consolidate your own artistic vision.

So does Mana deliver more than novelty moss and grasshoppers? Definitely. Meal of the year in the city, only out of town visits to the Moorcock at Norland near Sowerby Bridge and Michelin fast-tracked Moor Hall outside Ormskirk, impressing more.

Mana’s transition to a fish-led Winter Menu is not built around fancy lobster or turbot and often the fish serves as a motif in the harmony of a dish rather than the full-on culinary protagonist. Witness barbecued brassica seasoned with a paste made from dehydrated scallops and beeswax. 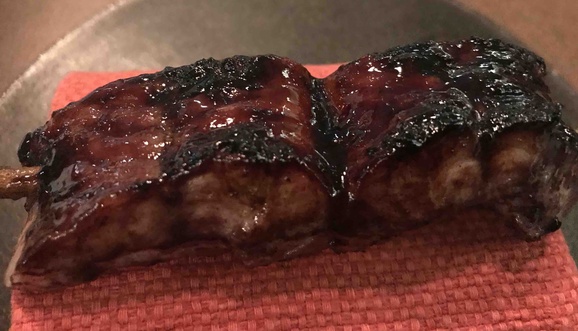 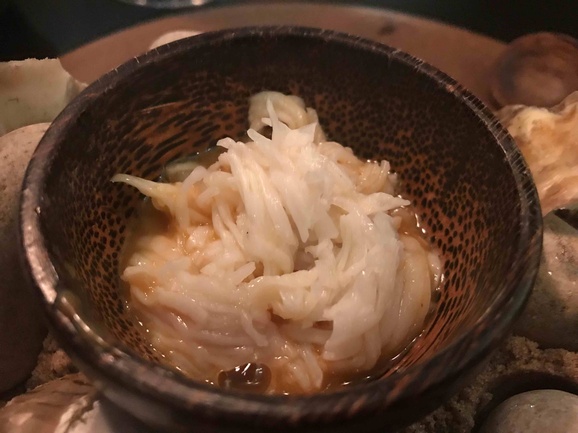 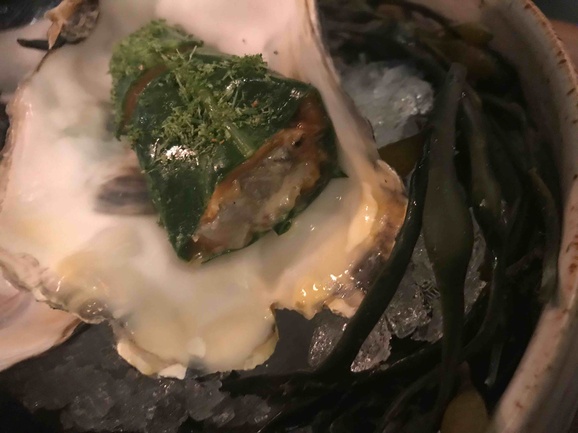 Yet three of the stand-out courses had seafood centre stage. Smoked yakitori eel was a mouthful of pure barbecue umami, glazed with roasted yeast (a key Mana component) and blueberry vinegar. Then there was Dungeness (ie brown) crab baked in hay celeriac and masa (fermented corn) and, most intriguing – and delicious– of all, raw oyster tucked taco style into a cabbage leaf (sourced from Glebelands Market Garden in Sale) with fudge miso, chicken fat, English wasabi, pine salt and chicken garum. The latter a poultry-led adaptation of the fermented fish sauce used as a condiment in the cuisines of Ancient Greece and Rome. The result a surf and turf, foreshore meets frost triumph. 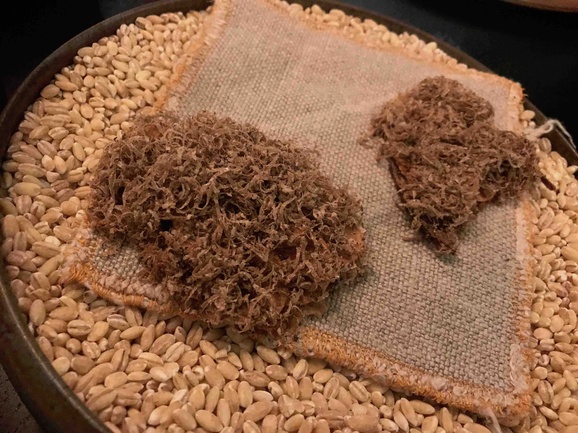 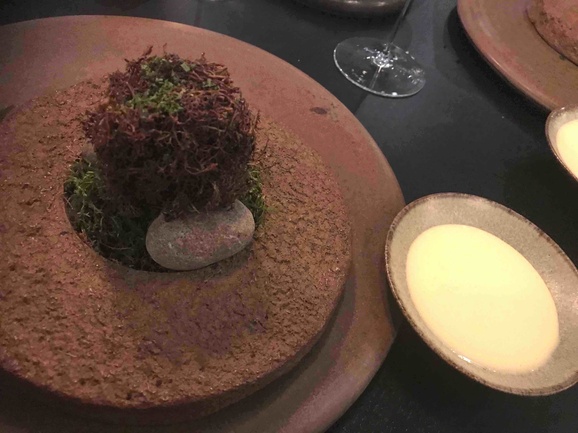 It came as a playful surprise, prised out of the closed oyster shell Presentation is hugely important at Mana. Witness the dish preceding the oyster taco – toasted pork skin and liver shredded with preserved ceps on a mat or that chocolate mousse on spiky reindeer moss and the still composition with twigs from which emerges two cigarillo-like thin cylinders of malty cracker encasing a juniper cream  with nasturtium flowers and kelp oil. A vivid shaft of flavour and yes the decorative twigs are reused as is the fine sand backdrop to another dish.

Let’s end with a litany of evening’s ingredients unmentioned so far. If you don’t wish to immerse yourself in the Great Mana Adventure after this then maybe you’re the foodie equivalent of an Ed Sheeran or Mumfords fan. Lovage, marigolds, oxalis, sloe berry, kombucha. Oh and probably many more my tableside note-taking wasn’t up to. 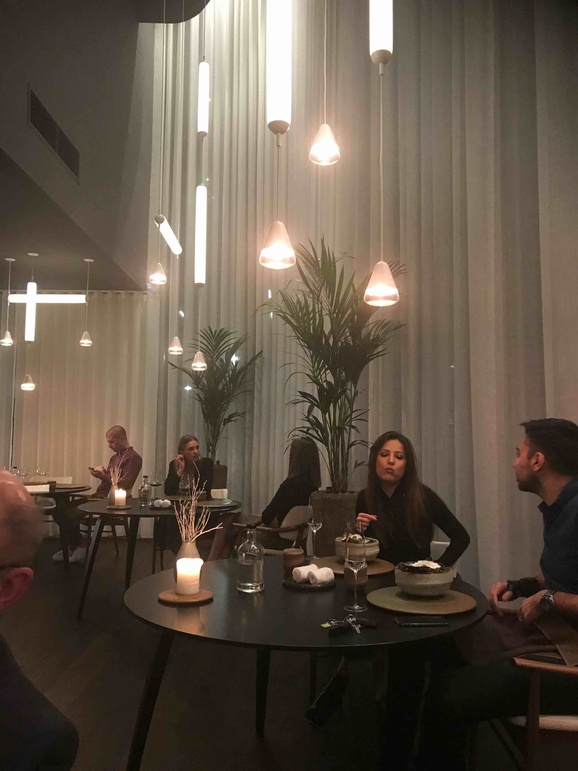 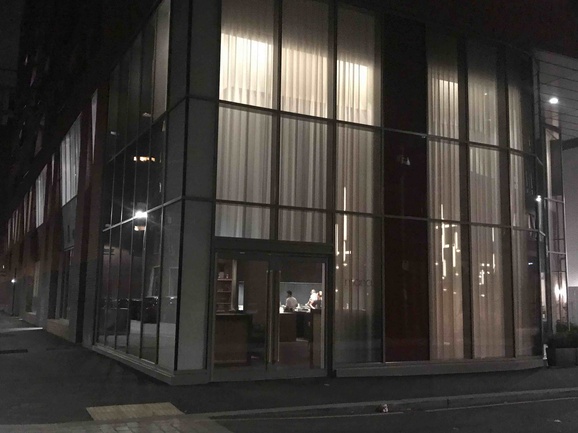 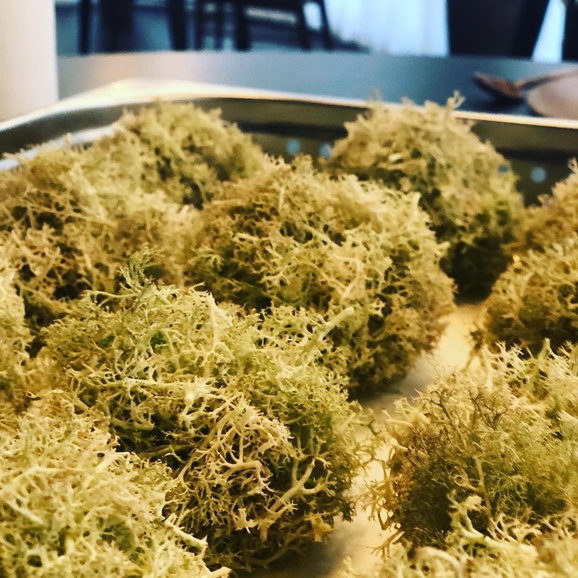