SPANISH cheese is not just Manchego, delightful though that can be with a bit of age on its golden curds. When Porta announced they were opening a third tapas outlet in Salford we prayed they’d bring a cheesy special that had us swooning in Altrincham – fried Monte Enebro with honey and orange segments. Lunya on Deansgate also do something fine with that lemony goat cheese from Avila, but this really was the Full Monte.

No sign yet in the converted bank on the corner of Chapel Street and Bexley Square, but there are rich consolations in the shape of Zamorano hard cheese with membrillo (quince paste). In the North West province of Leon it’s made from the milk of an ancient and scruffy breed of sheep called Churra. Six months’ maturation creates a pale yellow, crumbly texture and nutty taste that’s quite addictive. Perfect with a £5.95 glass of Garnacha-led Aldonia red Rioja from a wine list that perhaps needs  a touch more choice. 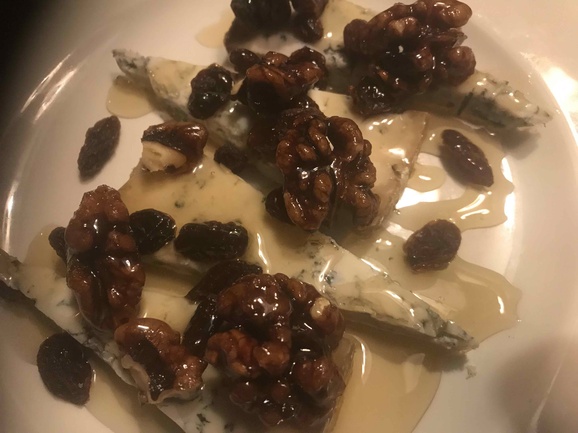 Its rival on the Salford menu (at the same price, £5.95) is another dairy/sweet combo that’s altogether less restrained. Picos de Europa blue, from the mountain region of that name, is made from a mixture of cow’s and goat’s milk. It forms its blue veining, like Roquefort, during long maturation in limestone caves.

Porta serve it with caramelised walnuts, sultanas and honey – a stickiy, salty, creamy combo, tough on the filings. To refresh my palate I needed a pint of their pale ale from local brewery Track, one of the few non-Spanish elements in a traditional tapas offering first assembled in Chester by brothers Ben and Joe Wright. 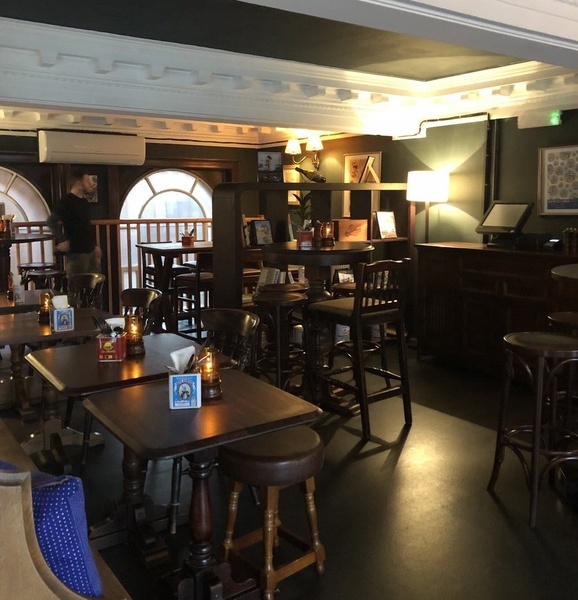 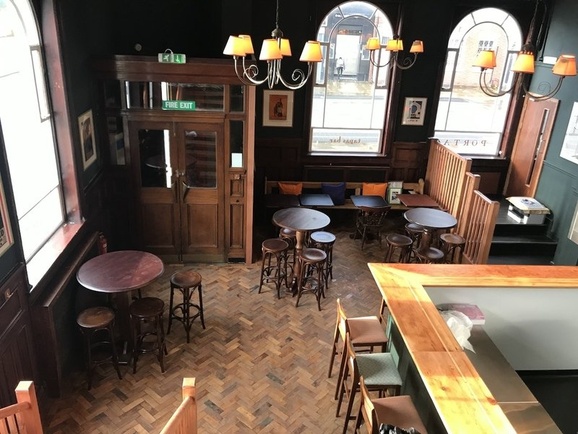 A recent visit to Bilbao opened my eyes to the inventive fervour applied to pintxos, the Basque tapas. Don’t go to Porta expecting such miniature culinary firecrackers. Regard it more as the Spanish equivalent of your local with most old favourites done well. ]The corner of the mezzanine lounge is the cosiest spot. The high, uncluttered space downstairs with the open kitchen and tiny bar hasn’t grown on us 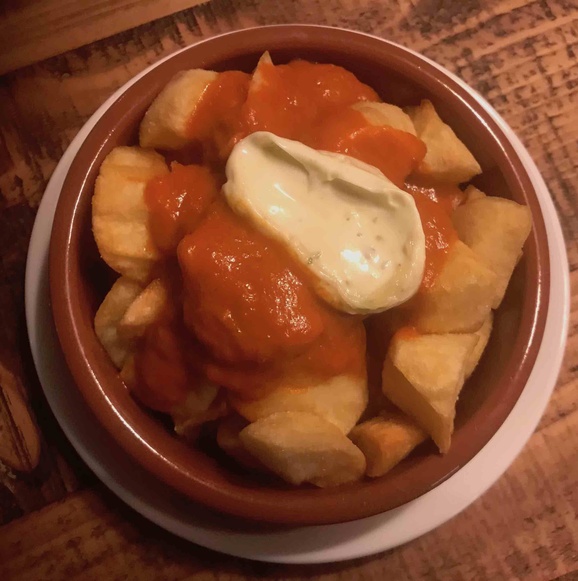 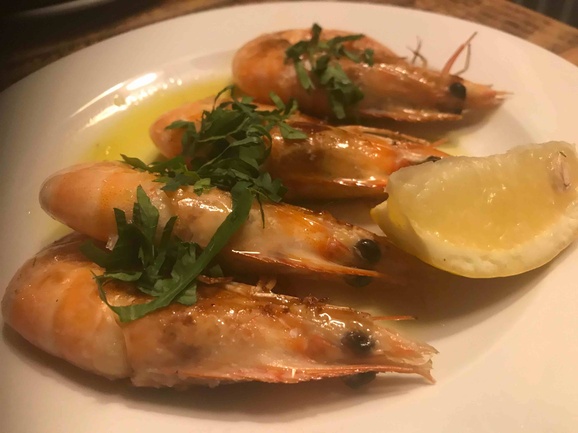 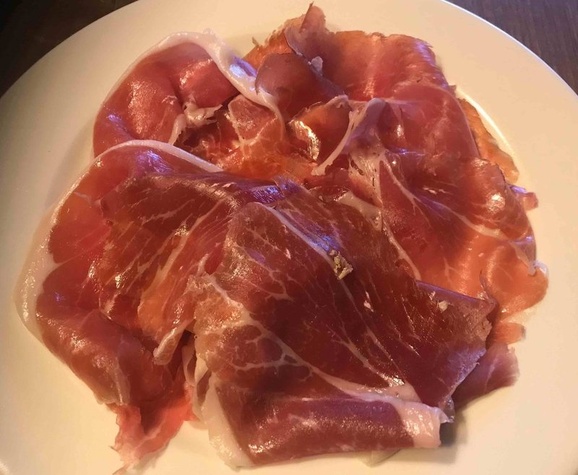 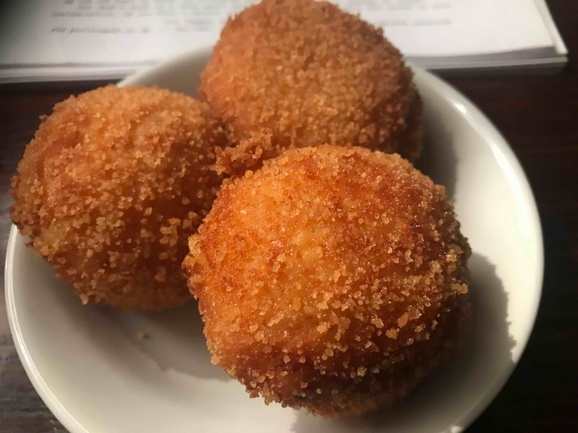 Those old favourites? Patas bravas (£5.50) crisper spud slices in a sparkier salsa than often; moist boquerones (£4), Jamon Iberico from Jabugo (£7.50) and firm textured king prawns, smoky from la plancha are all testament to good sourcing. Always a good test, croquetas del dia have been crisp outside, gooey within, whatever the filling.

Moving on to more substantial plates, the seared pork of the Presa Iberica (£9.50) is advertised as pink, but not as overly chewy bit the mojo verde offers a sharp coriander and garlicky hit. 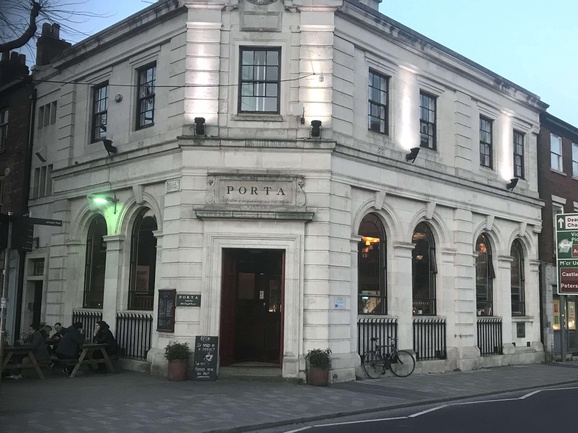 We were there early in the evening and Porta twinkled invitingly across the A6 traffic stream. The old bank building with large, shapely windows is a beauty. As at the original Porta, tucked under Chester’s city walls and the follow-up opposite Altrincham Market House the decor – dark olive greens, reclaimed wooden furniture, vintage Spanish prints and photography – avoids tapas bar stereotypes. 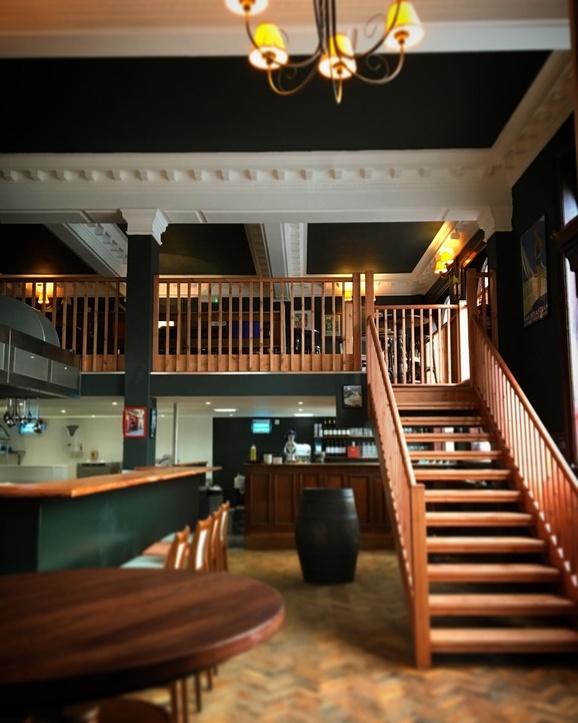 You know you won’t be disappointed with the tried formula. Still just a little more daring on the menu would be welcome. An injection of Baratxuri-style bravado in the Chapel Street Barrio